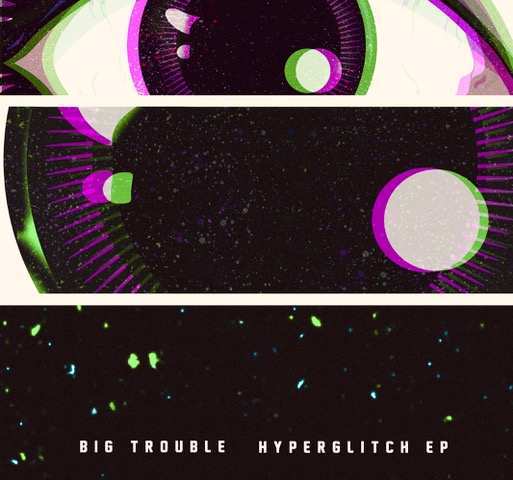 The Bangalore music scene has seen a pleasant spike in the number of beatmakers sprouting up within its corners. Adding his name to the hat is Tanush Hegde aka Big Trouble, a 21 year-old with a few remixes to his name already, via Dream Vault, La Musice and Jwala.

According to the artist’s Facebook page, Tanush “first stumbled upon electronic music in 2012. Amazed by the world of possibilities and fueled by his passion towards it, he decided to get his hands dirty and dove right in.” His Bandcamp page fields a sound that was raw and grimy, the production full of edges.

With Hyperglitch, the artist offers up a shapeshifting set of tracks, meandering between genres and mining from a variety of influences. The opener ‘Troubleshooter’ helps set the tempo with a driving groove, the bass channeling early Moby and Fatboy Slim.

The EP swerves into the next track, a trap-happy outing with rapper Tienas titled ‘Fractal’. Although clocking in at barely two and a half minutes, Tienas packs the track with plenty to say. ‘Dreams Don’t Die’ centres itself around a glassy piano rhythm, the beat a nod to the artist’s downtempo roots. ‘Max Out’ emphasizes a funky backbeat with hip-hop friendly sounds and samples.

On this EP, Hegde finds himself inching towards a sound he can call his own.