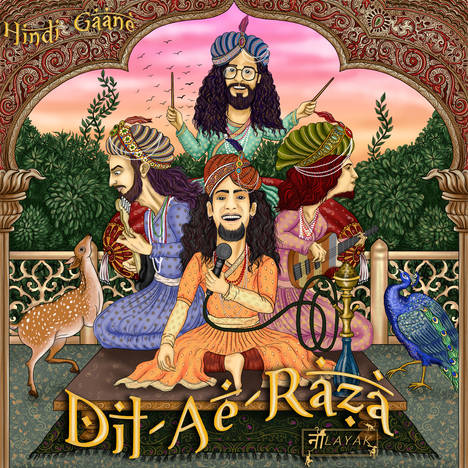 Chandigarh-based rock band Naalayak has released four songs from their second full-length album Hindi Gaane exclusively on OK Listen, hoping to recoup their production cost that has gone into making the nine-track collection.

100% of the revenue earned through OK Listen will go to Naalayak.

The entire album will be out on all other popular streaming apps like Spotify and Apple Music on June 5, giving their paying fans a good head start of two weeks over their streaming counterparts.

A surprise new release, the band was actually supposed to be on tour right now. But, a global pandemic meant that they had to change their priorities. “The Corona scene made a rona scene for the entertainment industry,” said lead vocalist Sahil Samuel, talking to A Humming Heart.

Initially slated for an April release, the delays were caused due to the uncertainty over future touring and the incompletion of music videos. “We had planned on releasing music videos to accompany the singles, but they have been shelved for now,” said Sahil.

Instead of the tour, the band decided to release their sophomore album to stay connected with the fans. Having spent Rs. 9.9 lakh on recording Hindi Gaane, Sahil said that they were hoping to recoup some of that cost from the live gigs and merchandise sales.. “Other streaming apps barely pay anything, at least in this way, we’ll have some direct income,” Sahil added.

Naalayak is also sitting on their next two full-length albums, with the next one titled Sexy Bhai Ji. The Hindi rock band has not decided on a name for the fourth release but said that they have a clear plan for their future and hope to accompany the future releases with a tour.

The band, consisting of Samuel, Akshat Kakar on lead guitar, Aashish Kalanta on bass, and Garry Singh on drums had earlier released an eponymous EP and Main Ka Bukhar in 2018.