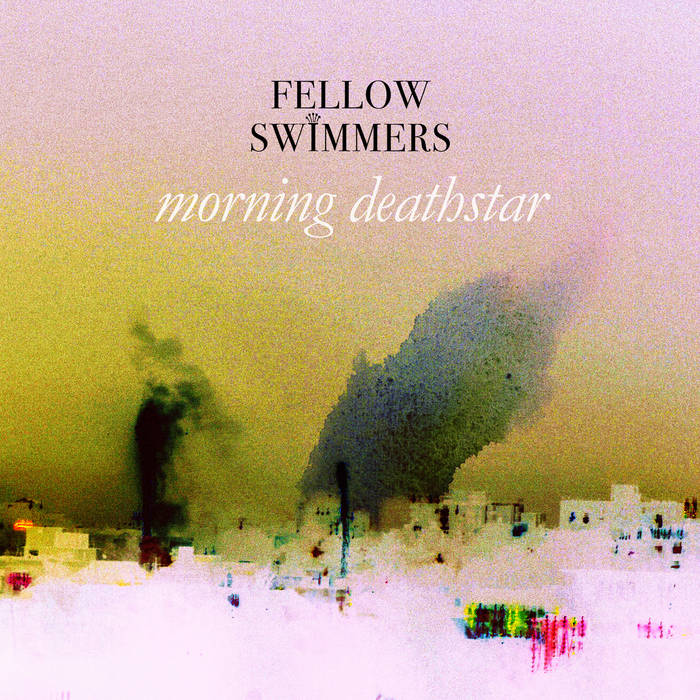 Bangalore-based Fellow Swimmers’ debut EP Morning Deathstar is an ode to the blissful but brief, in-between moment of sleep and wakefulness. An offering of 7-tracks where the conscious and the subconscious meld to concoct a temporarily warm bubble of sound; pop and it’s vanished before one has completely come to terms with its ephemerality.

Much of the music reflects the hazy album art depicting a post-apocalyptic scenario with smoke bellowing out of the background of dilapidated buildings. There is a consistent airiness projected throughout the album by minimalist arrangements comprising smartly layered synth, voice samples, dynamically contoured grooves and arpeggiated guitars; hinting at a sense of acceptance over whatever has occurred and what is yet to come.

The quirkily named ’30 Dumplings For Youqing’ (a running theme throughout the album), sets the tone for much of what’s in store with a delectable motif decked with a smattering of tinkling bells, a soaring string section and guitars. ‘24×5’ sees the vocals come to the forefront appealing to  “Go on and let it out, don’t go by letting go”  imploring to not “give up” as a frenetic church organ propels the track towards its conclusion.

‘MCD’ is sampled from the Coen Brothers movie ‘Fargo’ where Frances McDormand playing Marge gently admonishes Peter Stormare’s character Gaear over the futility of chasing after money whilst also feeling sorry for him. Lo and behold, for the next track on the album is called ‘Frances McDormand.’ It must be said that there is a cinematic quality throughout Morning Deathstar as substantial sections of the album focus on brief contemplative passages of music reminiscent of film background scores, before fluidly transferring into sections of operatic releases that deescalate the tension.

With ‘Alex Emery’ and ‘Sanxia Haoren’, Fellow Swimmers keep their cinematic influences alive – the latter a nod to ‘Still Life’ a Chinese movie released in 2006 that tells that story of two people in search for their spouses. One can almost picture the ending credits roll as they conclude the album with ‘Late Blue’, a charming lullaby made up of an unmistakably folksy guitar riff, generous vocal harmonies and a rousing finale.