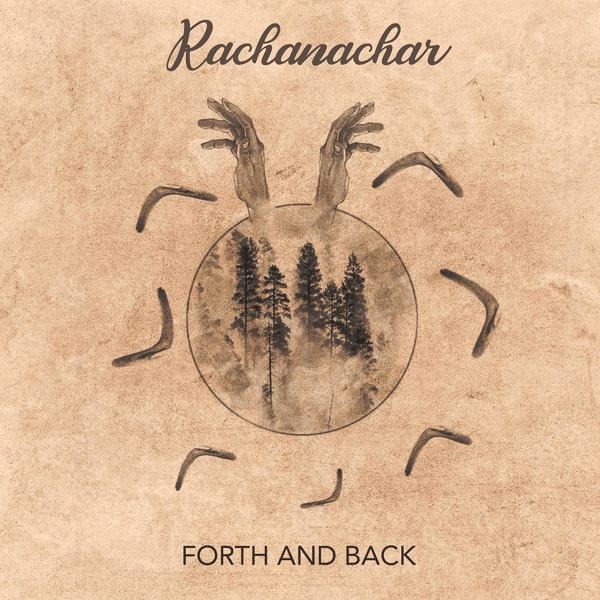 Listen: Rachanachars debut EP Forth and Back

Shimla-based Pranjal Uniyal aka Rachanachar’s debut EP Forth and Back is a percussive freestyle guitar exercise in the right direction.

The artist, represented by Pinecone Records, has a flair for laidback percussive fingerstyle guitaring. The songs are introspective and almost always evocative, though not brimming with novelty. But familiarity is pardonable as long as the music is potent enough to connect involuntarily with the listener.

‘Faraway Home’ is one such beauty, that seldom strives to be anything other than a breezy guitaring affair. Rachanachar has stuck to the acoustic guitar, creating bass, percussions, and ambient strides using the dynamicity of the solitary instrument, creating a mirage of unidimensional yet immensely effective soundscapes. The superlatively placed culminative ‘sigh’ adds to the charm of the song.

‘Bon Voyage’ is a moving and seemingly unremarkable guitar playing effort, but the subtle yet intricate nuances in the song are so sporadic, they catch the listener by surprise, like the one shockingly placed soprano note in a tenor opera rendition. ‘Bon Voyage’ has at the display the right kind of progressive rhythmic aggression, not wavering from the drift of the song, for the sake of ambitious improvisations. Appropriately christened, this one could ride shotgun with you on those long drives.

However, the pick of the EP has to be ‘Glad to be Back’, with its reverb-driven acoustic universe, often compromising on a systematic rhythmic groove for ambient and mellifluous strides. The reverb might remind one of the works of Dhruv Viswanath, current Indian percussive fingerstyling favourite, but the song has ample individuality of its own. Particularly impressive is the mild Irish nod preceding the crescendo.

Rachanachar is definitely an artist to watch out for and hopefully, his humble debut EP will fetch him the traction he deserves.