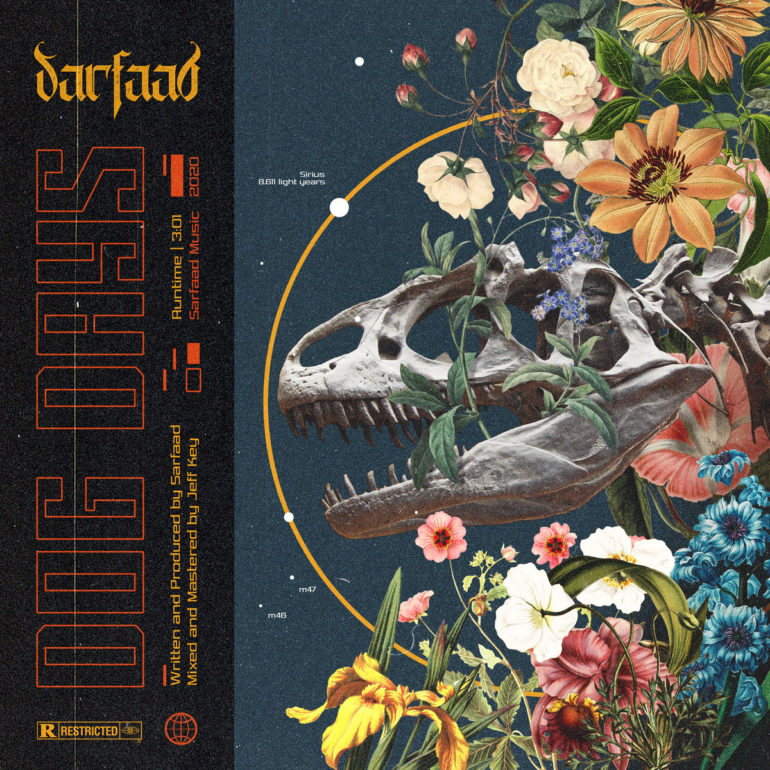 With their finger on the trigger of a monstrous weapon that draws from hip-hop, electronic music and metalcore, Mumbai band Sarfaad has released their second song ‘Dog Days’.

The track starts off with a threatening amount of dissonance before it drops an industrialised drum and bass sounds that seem more suited for grime. Vocalist Arbaaz Khan steps in with a noisy rap verse and it’s almost refreshing to hear bands in India take influence from metal-edged hardcore bands such as Vein, Code Orange and even top tier heavy bands such as Architects.

‘Dog Days’ quickly swerves into piercing dissonant territory with rattling rhythmic patterns and blasts out a sprawling, slow-and-low breakdown to wrap things up within three minutes. Although the band calls ‘Dog Days’ as their step towards “nu-metalcore” there’s still a lot going on here that heavy bands in India haven’t tried their hand at, which makes Sarfaad stand out.

The Mumbai band – comprising Khan, guitarist-producer Sushant Vohra, drummer Reeshav Gohain and guitarist Sanjeet Khuraijam – previously released their debut single ‘Painting A Villain’ in April. While that opening salvo touched upon Khan and the band’s own thoughts on radicalization and the anti-hero narrative in the world, ‘Dog Days’ has a much more general aim even with its seething references to moral corruption. Khan says in a statement, “It does not dive into selfish pessimism but resonates with a war-cry that revolves around the world to oppose this state of stagnation thus existing in a constant state of decay and bloom.”