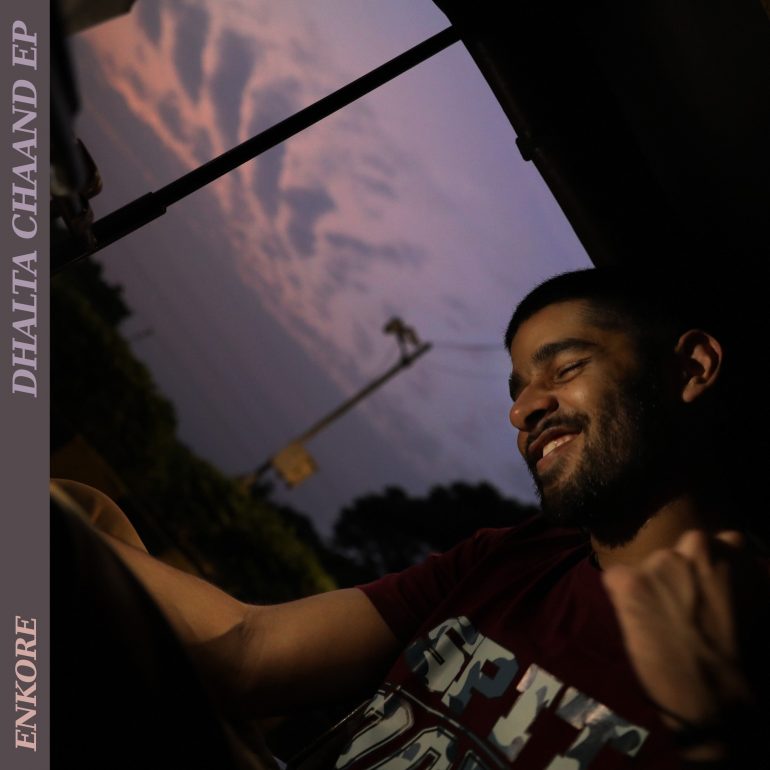 Mumbai-based rapper Ankur Johar, better known by his moniker – Enkore – arrives on the independent hip-hop music scene, armed with an emotionally charged 4-track EP. Titled Dhalta Chaand, this one serves as a mini follow up to his previous EP release, 2018’s Bombay Soul.

The tracks ‘Hey Bhagwaan’, ‘Nashe’, ‘Dhalta Chaand’ (featuring rapper Yashraj and singer Neha Tawde) and ‘Heal AF’ comprise Johar’s latest offering, which clocks in at a quippy, power-packed 14 minutes. The production on this one is further supported by skillful mastering courtesy Sez on the Beat, a famed name on the hip-hop roster in India.

Dhalta Chaand drives home Enkore’s love for storytelling, with lyricism taking centre stage, a common occurrence all through his discography. Across genres, but especially with hip-hop, artists are often bracketed by their sonic characteristics. In Johar’s case, his sound seems to be characterised by lyrical catharsis – a state of music that he comfortably occupies and has made his own over the years.

The second track, ‘Nashe’, is a sultry exploration of the all-consuming nature of social media and the many contradictions it places us all in. Set to a steady and slick, R&B tone, this one shows off Johar’s ability to pen witty one-liners.

The title track, ‘Dhalta Chaand’, puts a poetic spin on the whole “after the dark comes dawn” metaphor (subject to interpretation, of course), and reflects on the importance of persevering and staying strong through it all.

The EP closes with the sparkly, lo-fi, major tone track titled ‘Heal AF’. Aptly named, this one hopes to “[take] listeners to a place of confidence and rediscovering purpose, to leave them with a bit of faith, and a lot of love.” Dhalta Chaand by Enkore is a sincere attempt at authenticity wrapped up in accessible, fan-favourite sounds. You won’t see it rocking the boat, but it sure makes for smooth-sailing.