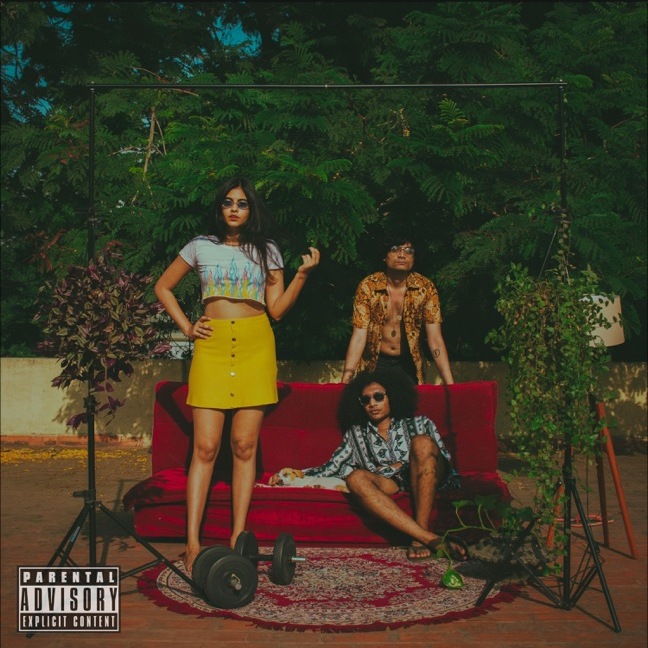 Bandmates RANJ (Ranjani Ramadoss) and Clifr of Kelvikkuri team up with producer Issamood for a quick and easy-breezy 4-track EP.

A pop/rap record mixed by Clifr and Issamood, 593 Vol.1 is another tiny milestone for what’s been an impressive year for RANJ, the artiste having already dropped two singles in 2021. While her previous releases like ‘Nee Mattume’ and ‘That Way’ place her in film and regional music territory, 593, Vol.1 stands in stark difference as it incorporates RnB, funk and pop in a heady mix of tunes that are equal parts tender and raunchy.

Lead single ‘Attached’ is a bouncy banger accompanied by a music video that infuses terrace-culture of the south with hedonism best explained with fruit. The features on the EP include guests like rapper Tintin on ‘Schoolbus’ and Kaustubh on bass, but it’s RANJ’s delivery that is the standout, the singer mixing things up with authority as she spits bars and belts staggering runs with the calm and poise of an experienced servant to the arts.