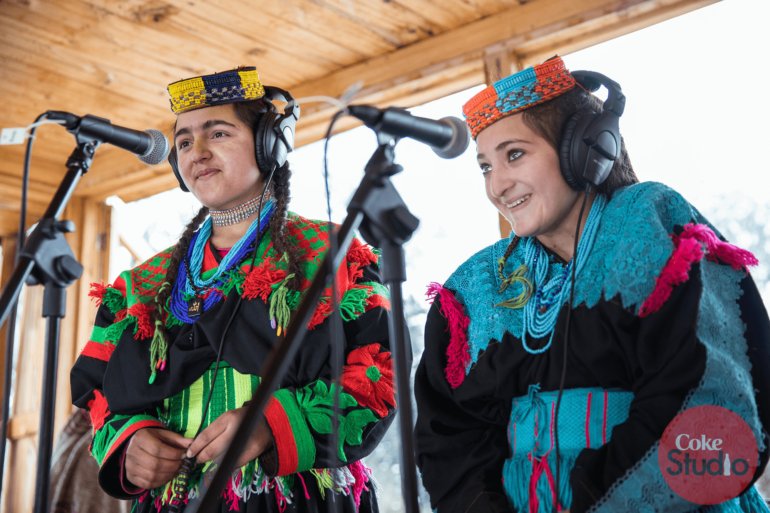 The eleventh season of Coke Studio ushers in Coke Studio Explorer, a first of its kind documented log of the effort being put into discovering music across Pakistan. With great energy and verve, Coke Studio moves out of the familiar studio setting and travels across the country to discover new artists and lost sounds.

With Bilal Maqsood and Faisal Kapadia’s exit from Coke Studio last year, new producers Ali Hamza and Zohaib Kazi have vowed to pore through the country for liberating voices encumbered, for stories lost. This is their prerogative.

In its first of a series, the hunt for an “all-female indigenous musical act” takes the new producers to Chitral, a district in the northern region of Pakistan. Ariana and Amrina, two of the 4000 indigenous Kalash people, along with a host of backing vocalists create ‘Pareek’, an age-old folklore that sings of love and companionship. The confluence of native vocals, thick percussion and textured drums delivers a smack overwhelming melodies.

The mini-sode has successfully captured an aesthetic that was being sought after. Coke Studio Season 11 will launch in August. Watch the video here.