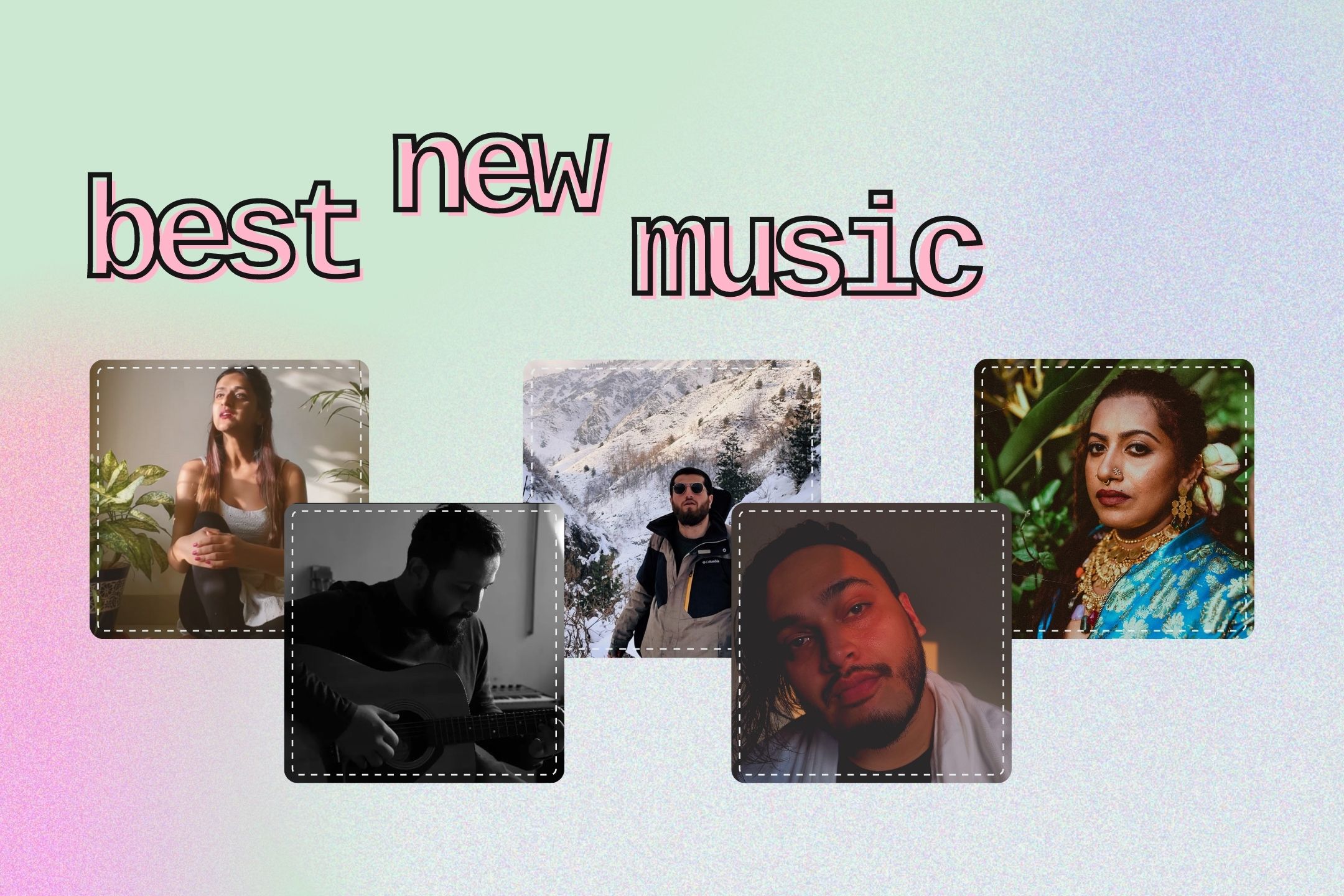 Here’s the best new independent music from across India.

Bringing back his signature ambient synth-wave sound into the game, New Delhi-based singer-songwriter and music producer Ashish Zachariah has come out with his latest single ‘Karakura’, a song that celebrates the rich arena of Malayalam folk music. Ascending at a steady pace, it incorporates spacey synth lines, reverb-drenched background embellishments and pianistic colours that add a layer of tenderness to the overall trance-inducing soundscape. Zachariah has experimented with an eclectic range of sonic elements that gracefully accompany Elsa Sam’s vocals, invoking a sense of warmth and making you want to sway along to its dancey beats.

Ever since her single ‘Bless Ya Heels’ came out in 2021, Anna Katharina Valayil AKA Tribemama Marykali has been trying to establish a very different perspective of how femininity is viewed in our culture through her music. Her latest 2-track EP Kerala Gold is an extension of the same, where she unabashedly croons about feminine sexuality, love and the uninhibited ecstasy that comes with living in the moment. Flaunting drizzling synth lines, saccharine beats, overlays of Kerala folk music and her sultry voice, ‘keep Rolling Keep Rowing takes you on a drunken trip of cross-cultural euphoria.

Mumbai-based singer Neha Karode’s latest single ‘Lat Uljhi’ is a Desi take on a jazz number. Boasting fluent saxophone lines, warm piano chords, and guitar detailing, the track is your everyday jazzy score at a glance, which is provided with another dimension by the singer’s velvety vocals in Hindi. The most intriguing part about this song is how much inspiration it derives from Hindustani classical, basing its soundscape on the Raag Bihag. But instead of typical elements associated with Indian classical music, the song boasts a western jazz arrangement, which gives it that fusion feature.

After his initial stint with alternative rock band Spud In The Box, vocalist-guitarist Ankit Dayal found himself preoccupied with multiple projects post 2016. In 2020, when quarantine blues hit the globe, the musician decided to record his solo album Tropical Snowglobe (Side A) which he recently released on April 22, 2022. An R&B-drenched electro-pop record, ‘Domino’ commences with a slow progression on the guitar with Dayal’s vocals kicking in without a warning, leading it to indulge in an effervescent soundscape. The track flaunts an uncanny vibe that puts you off at first, but keeps you hooked till the very end.

Kashmir-based independent musician Ali Saffudin rose to prominence with his politically charged penmanship that chronicles the realities of people living in a turmoil-prone region. The bold lyricism and unashamed emotionalism rendered in his musical narrative has given birth to yet another gut-wrenching track, ‘Tabasur’, which he released on April 15. Set against the backdrop of a wistful piano melody that tugs at your heartstrings, Saffudin delivers his vocals in Urdu with utmost sentimentality. Even for someone who does not speak or understand the language, the song succeeds in hitting the innermost part of the soul that tries to empathize with the pain and agony delivered through it.

Find these songs, and more, in our regularly updated playlist featuring the latest independent music.