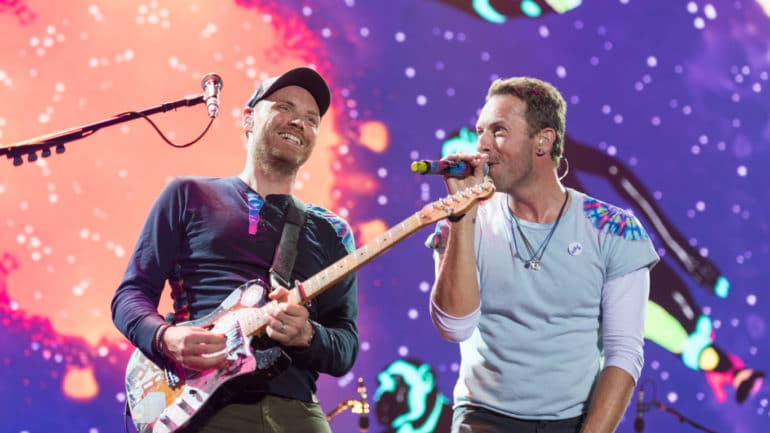 Why suggesting Coldplay is mediocre reflects a mediocre opinion

This is in response to the very arduously worded article suggesting that Coldplay is mediocre that recently popped up on a website that thrives on putting out below mediocre articles and feeds on the number of likes and shares they receive on social media. We all read it, and we all felt very strongly about it. It is not like me to actually go out of my way to address something ridiculous I read on the internet with a response article or even a comment. However, the content of this article really threw me off. So, here goes.

I don’t believe the writer himself really hates the band. He hates the fact that he loves them so much. At least, that is what I deciphered when I read phrases like “Chris Martin, an annoyingly likeable dude.” I won’t even argue with that because this man, this band in fact, is that good. I listen to music ranging to a wide variety of genres and I don’t think I can name one artist who is like Chris Martin. I am not saying he is the best, I am just saying he is unique. This is definitely a hard thing to achieve given anybody can pick up a guitar and call himself a musician these days.

It seems like the writer hates the band for the sole reason that they are oh-so popular and just about everybody knows them. Have we reached that level of hypocrisy that we are willing to give up everything we admire for the sake of augmenting our cool quotient in the society? All this just to stand out in the crowd? He even goes as far as to call the fans of Coldplay “lazy listeners” and suggests that they have a bad taste in music, that they are unaware of the many other talented bands which also experiment with their music and give interesting results. First of all, one can be a fan of one band and still appreciate other music. Secondly, you will be surprised to know just how many such bands were actually inspired by Coldplay to experiment with their music, or just make music in the first place.

I agree that they are played almost everywhere by everyone, but that is just testimony to the wide range of audiences that they can please, whether they are a fan of metal music, psychedelic music or electronic music. This is not something that every artist can achieve. This is right up the alley of the likes of The Beatles and Bob Marley and yes, Coldplay is not far from the league. Yes, they are legendary and no, legends are not made out of mediocrity. They are made out of millions of fans who follow their music and listen to it over and over, and the music makes them feel good about themselves. So, if the next time you cringe because you have to listen to Yellow once more, just look around and see how the people’s faces light up.

When it comes to experimentation, Coldplay have tried a lot of new elements but there has been a pattern. Although most die hard fans prefer the stuff they produced as a young band, I would like to take this opportunity to appreciate the new music they have released. I don’t think it got the credit it deserved. Even though Parachutes remains my favourite album by the band, I feel Ghost Stories was a great collection too. It was unlike anything they have ever done before. Yet, it had the same essence. It made you feel just as strongly as the other albums did. It was reflective of the dark phase that the band members were going through at the time and was more real than anything else that they have ever made. Coming to their latest release A Head Full Of Dreams, this took me back to the Coldplay we knew before Mylo Xyloto. Whether you take the title track, or Up&Up, or Birds. The fact that they have included more elements in their music actually makes me connect to it more. I feel that it helps them express better. I agree they are not as raw as say, Parachutes, but they have delivered and how! The beautiful video of Up&Up in a way illustrates the whole album. It is an illusion you would want to get lost into.

If you want to hate, hate. But do not declare that it is “bad taste” to like this music. It is your preference, not the world’s. If writing a lyric of the band’s gives you a “bilial surge”, then don’t write an entire article about them. Feel the happiness of good music. Put away your never-ending need to stand out from the crowd and try to feel the emotions that come with music like this, and you will have a much happier life.