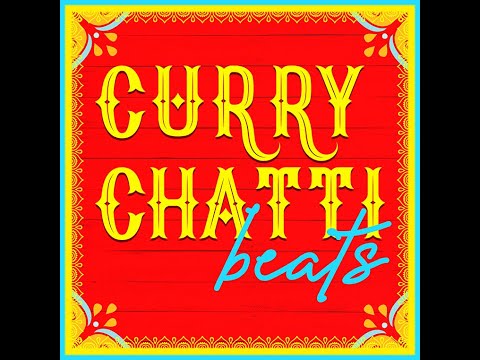 Whipping up beats dripping in nostalgia

As the acclaimed American music journalist and critic Lester Bangs once said, “The first mistake of art is to assume it’s serious.” This is a sentiment that is echoed in the success of the episodic and experimental audio-visual series, Curry Chatti Beats. The brainchild of producer Parimal Shais, each episode and its subsequent track was recorded and produced in a single day as an effort to overcome the mundane reality of life in lockdown. A collaborative project curated as a series, featuring multiple artists and beats sampled from old Indian film clips, Curry Chatti Beats was founded on the idea of artistically-inclined souls playing around with childhood reminiscence and vintage aesthetics.

Known for his virtuosity with beat-making, the Thalassery-native’s musical journey is greatly influenced by his father, who is an audio engineer and a DJ himself. Shais’ early days were spent in the company of recording equipment and dreaming of a career trajectory similar to his father’s.

Fresh out of college and armed with a degree in film tech, Shais began experimenting with retrowave, glitch and remixes of old nostalgic sounds back in the year 2015. It wasn’t until he collaborated with Malayalam rapper ThirumaLi for the single ‘Swayambu’ in 2019, that Shais became something of a household name in the home-grown hip-hop scene. His subsequent releases, Kumari Kandam Traps, Vol. 1 and more garnered much attention and critical acclaim.

Fostering a sound that is infused with both his South Indian identity and Indian pop-cultural nostalgia, Shais stresses the importance of giving the people a comfortable sonic space.

“We’ve been listening to English music forever, we know that stuff, we need change,” Shais says. “It’s like forcing people to accept something which they can’t relate to, and that they haven’t heard of. My idea is that if you deliver sound with a hint of nostalgia, of childhood, and layer it with the sound of the new age, people accept it more quickly,” he adds.

From flips of the Shaktimaan theme song to the Nirma Washing Powder jingle, the infusion of nostalgia with the new-age is a deliberate effort and one that translates into all of Shais’ creations. It was this logic with which Curry Chatti Beats was envisioned. Fashioned after Kenny Beats’ YouTube series The Cave, the audio-visual project was intended to feature originally produced beats, and collaborating rappers freestyling on the spot. Limited by lockdown restrictions, however, Shais decided to work with what he had.

With episodes being shot and edited by Bengaluru-based visual artist Lendrick Kumar, the project features a host of talents from across disciplines, capturing the struggle, focus, and sheer magic of the collaborative process, as well as the occasional broken mic or headset. While each individual artist has their moment to shine, it is the spirit of collaboration that is the true protagonist of the series. From the push-and-pull of a rapper/producer equation to the simplicity of friends jamming together on a beat over a weekend spent locked-in, Curry Chatti Beats is a window into the elusive, off-stage life of the artist in the workroom.

This sentiment is captured in the opening verses of the debut episode of the series, which features the words of acclaimed rapper and long-time friend to Shais, Sooraj Cherukat aka HanuManKind. It heavily samples sounds from the 1970s Malayalam film, Nazhikakkallu. The episode features the familiar lingering chords of the golden age of Indian cinema. “Curry Chatti with Parimal is what happens when two homies make a song in a day, and there’s some hard liquor involved,” says Cherukat.

Episode two of the series features the debut of Kodaikanal-bred rapper, Irfana Hameed, who picked the track Naan Malarodu Thaniyaga from the Tamil classic, Iru Vallavargal, a love song, she explains, that her father sings to her often. A poet by nature, Irfana’s intrinsic understanding of rhythm and melody is apparent with this powerful debut, featuring Randy Scarhol and renowned Indian drag performer, Bahaar.

The latest episode of the series features recent high-school graduate and lyricist, Rudy Mukta, who flexes her youthful style against the swelling sounds sampled out of ‘O Nallane Savi Mathonda’ from the Kannada classic Sahodarara Savaal. Rudy recalls the experience of being part of the music video, as one of the most memorable of her life so far. “The song is quite self-explanatory,” she says, “it gives my perspective on materialism and popular mainstream music these days, and how I have to keep reminding myself that I’m still a child, and have a long way to go in the midst of this fast-paced environment.”

With the global music industry forced to innovate and redefine itself outside of record labels, monetary investments, sold-out tours and large-scale gatherings, social media has taken centre stage in defining the success of an artistic endeavour. A not-for-profit initiative, the Instagram and Youtube native Curry Chatti Beats is a reminder that good art comes from having fun with your craft, and that, while the pillars of industries might one day crumble, the art, and the artist, will not be forgotten as easily.

“I’m just trying to do me,” Shais says, as our conversation draws to a close, “this is how I live, this is how I play my music. This is where I was born, where I was brought up, the sounds I have heard since my childhood. I want to have fun with whatever I am doing, and I want the people to feel that too.”