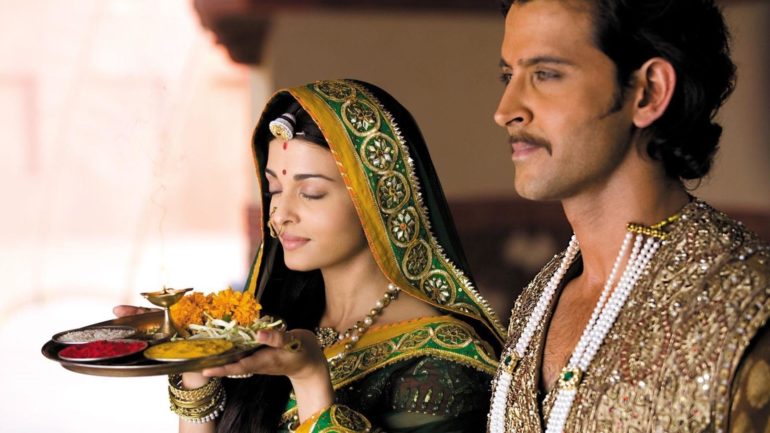 After extracting brilliant soundtracks from the maestro in Lagaan and Swades, Ashutosh Gowariker asked AR Rahman to compose the music for his 2008 historical romance, Jodhaa Akbar.

The album opens with ‘Azeem-O-Shaan Shahenshah’, a song expertly composed and arranged by Rahman. The rousing anthem that celebrates Emperor Akbar has the ability to take the listener to a celebratory royal ceremony or the battlefield without any visuals with the bugles, heavy drums, a war-chant like chorus coming together expertly. Whilst the horns and drums almost constantly feature in this rousing anthem, they do fade sporadically and Rahman uniquely uses the sound of battle weapons, like that of the thrust of a sword.

AR Rahman composed ‘Khwaja Mere Khawaja’ in 2005, just for his own listening pleasures. After Gowarikar shared the film’s story and the influences of Sufis and Khwaja, he let the filmmaker know about the song. Rahman’s spiritual teacher, whose identity is not known, wrote the lyrics for Khwaja Mere Khwaja using the pen name of Kashif. The composer has often proved to be an inadequate singer, but for ‘Khwaja Mere Khwaja’, Rahman is the perfect choice. His soulful, high-pitched vocals are honest and his reverent singing makes the song a truly transcending experience.

Javed Ali sings ‘Jashn-e-Bahara’, a mainstay in most ‘romantic’ playlists. His very sweet vocals do thorough justice to Rahman’s enchanting melody and Javed Akhtar’s bewitching lyrics. Sonu Nigam and Madhushree expertly croon the romantic ‘In Lamhon Ke Daaman Mein’. A serene song, this love duet provides much more variety, energy and emotion than ‘Jashn-e-Bahara’. It is truly a testament to Rahman’s abilities that he manages to make two love songs, both adorned by strings, vocals and ultimately the melody, distinct enough to stand apart from each other and simultaneously, malleable enough for one to pave the way for another in the movie.

It’s truly an exhilarating feeling that #JodhaaAkbar is still appealing to audiences today. Not only in India but Internationally too!
And I’d like to take this opportunity to THANK YOU for giving it so much love.
Sharing with you an UNRELEASED POSTER! #10YearsOfJodhaaAkbar pic.twitter.com/kudyvlEMoP

A reason why this soundtrack should be celebrated is for how Gowariker has used it. There is almost an intentional symmetry to it. The four main songs, like four pillars, are evenly split between two halves, with ‘Jashn-e-Bahara’ serving as a prelude (and bridge) to the final romantic ballad. The first half of the film, which focuses on the inter-religious marriage of Jodhaa Bai and Emperor Akbar is structured around the spiritual qawwali ‘Khwaja mere Khwaja’, and the bhajan, ‘Mana Mohana’.

The second half of the film focuses on Akbar’s greatness as a ruler — ‘Azeem-o-Shaan Shahenshah’ illustrates that emotion perfectly — and the romantic union of Jodhaa and Akbar, when the two mutually declare their love for each other, which is conveyed through Javed Akhtar’s beautiful lyrics in ‘In Lamhon Ke Daaman Mein’.

Ten years after its release, the film can still be watched at any time, a classic if you like, and the musical sensibilities of Rahman play a crucial role in the same.