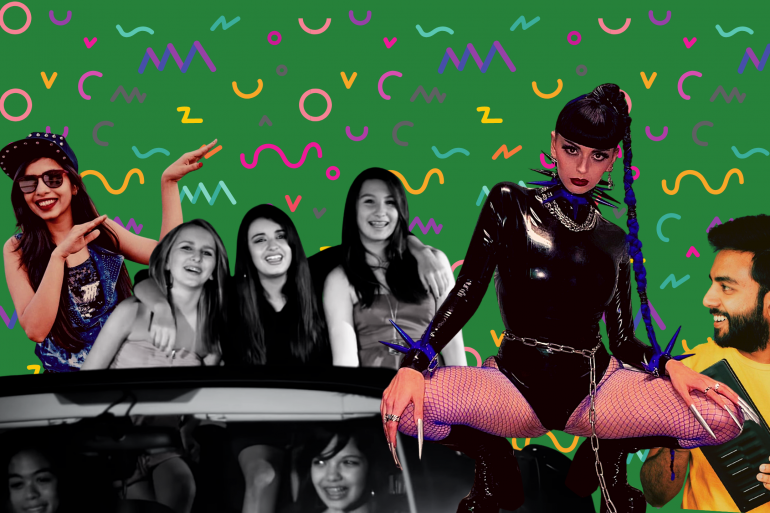 Rebecca Black’s Friday and the relentless wave of hyperpop

This week, ten years ago, the world was greeted with a smiling, vacant-eyed high-schooler reminding us of the joys of the weekend. Rebecca Black’s ‘Friday’, her tour de force was predictably eviscerated for a multitude of faults—gratuitous auto-tune as Rebecca narrated her morning routine, getting picked up by her friends and a strange driver (played by Patrice Wilson, also one of the song’s producers) who decides it would be a great idea to drop a verse. As people hate-watched, shared the misery and inevitably sang along, the song gained virality back when it actually meant something.

The thirteen year-old chalked up 100 million views in under two months! Lampooned to death, ‘Friday’ featured on an episode of Glee, and garnered Black a feature with Katy Perry who was enjoying her own period of superstardom. It pointed folks towards similar performances far more egregious, eventually birthing what could be construed as cringe-core. And then like everything else, she slowly receded from the public eye and public mind as quickly as she came.

Auto-tune would become a prominent feature on nearly every hit through the ‘10s, derided on one side for fixing imperfections, stretched to act as its own instrument on the other. August 2012 would see the release of an album so bizarre that it’s a miracle it even exists: Farrah Abraham’s My Teenage Dream Ended. The television personality delivered such an anomaly of a record, drenched in autotune and yet unbearably tuneless—like a car crash you couldn’t look away from. It was auto-tune pushed to its logical extreme, cloaking lyrics that were actually insanely heartfelt and vulnerable. Considered “outsider art”, I’d readily believe this is where hyperpop began.

India and cringe-core are hand-in-glove. While the ‘90s had Devang Patel singing tuneless mashups of Eurodance hits with poorly-aged lyrics, the ‘10s would unveil the “Bol na aunty aaon kya?” guy, alongside Dhinchak Pooja; both rhythmless purveyors of cringe that didn’t waste time in feeling forced. The birth of Tik-Tok gave a litany of Dhinchak Poojas a place to roam free and unfettered, with a perpetually rolling audience. Its unceremonious ban left them with a bunch of copycat platforms to migrate to.

On YouTube and Instagram Reels, a different story was brewing. The lockdown gave rise to a slew of music producers drinking from the fountain of eternal parody. Yashraj Mukhate is one such phenom, cutting up ridiculous TV show dialogue into digestible and repeatable musical content. Content, since calling these offerings “songs” just wouldn’t sit right. I’ll come around, like everyone else will. In the corner we have Anshuman Sharma and his tutorials on how to make soundalikes of pre-existing hits. Talented as hell, his Ritviz tutorial got a co-sign from the EDM producer himself, and a collaboration with Benny Dayal. But the artist has now receded into parody remixes, not a great look. Reels, as Tik-Tok before it, frequently features songs that go viral for a moment, the catch being that the songs are generally slowed-down ambient versions of their originals. Music looks like it has nowhere else to go.

On a relentless wave at the moment, hyperpop was a clarion call for Gen Z in the mid-10’s. Harnessing the cheese from late ‘90s Eurotrash while crafting catchy melodies blown to bits, hyperpop was the physical embodiment of music being pushed to breaking point, bursting at the seams in ugly grandeur. It signalled a generation that had already seen too much, too soon. A generation with a vice-like grip on its mortality, self-aware to the extent of living every moment ironically. That’s what hyperpop feels like—the ultimate parody.

‘Friday’ may have been a cultural touchstone without knowing it. Yes, it was once dubbed “the worst song ever”, drawing parallels to other pieces of music that are considered outsider art, rather than a fun high school music project. Ten years on, and Rebecca Black is a woman transformed. Eyes and minds melted as she featured on the latest Dorian Electra album, an album that featured the Village People, of all people. Dorian would feature on a rework of ‘Friday that also has 3OH!3 and Big Freedia, and is produced by 100 gecs foreman Dylan Brady. Sped up, mangled and contorted, the song is a certified banger in an era that has lost all use for the term. A complete full-circle for a misunderstood anthem about having fun, fun, fun, fun and looking forward to the weekend.