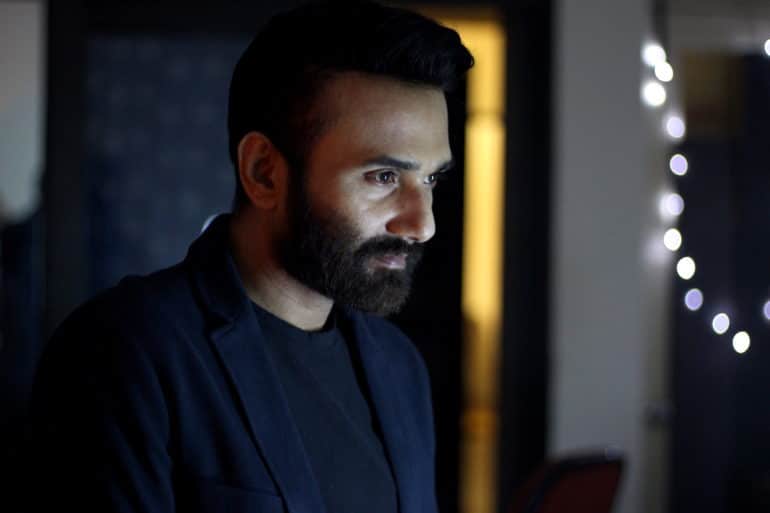 Ratnang Singh on how he channeled grief to produce The War

Ratnang Singh recently released his debut full-length album called The War, a set of seven songs laden with emotion and depth. He has been making music for over four years now. But he never saw himself becoming a professional musician until a tragedy hit him. He found solace, an outlet, in music and hasn’t looked back since.

“It happened when I lost my dog. There was so much hurt deep within that needed a cure, needed a release. I began to write about love, loss and everything in between. Today, I wish that she hadn’t left me so soon and we could’ve spent more time as the greatest joy as I would know, would be to be able to sing to her,” recounts the New Delhi-based singer-songwriter.

The first song that Ratnang ever wrote was ‘The War’, which is now the title track on his eponymous debut album. He recalls, “I remember sitting in my room listening to Tom Petty. I think it was ‘Only A Broken Heart’, and for some reason I was stuck in that space, wondering what would it take for me to deliver such emotion through lyrics. I started to pen down my thoughts and began to write, strumming the guitar and making my way towards something I would call my own. It was ‘The War’, my first song.”

When he started working towards making a career in music in 2013, he began meeting musicians trying to understand the art of songwriting. He released some singles back then, but it was only in 2016 after he released ‘Unforgiving’ when he felt confident that he needed to be heard. “Like every other profession, it is slow paced, and you cannot lose sight. Working towards getting heard is a long drawn process,” he observes.

His debut album revolves around the ideas of conquering pain, growing up, telling stories and finding comfort. There is remarkable consistency in the theme and the sound all through the seven songs. “(An album) is a mood, a theme and you can’t be all over the place. The songs must be chosen carefully. It is extremely important for songwriters to find a producer who will pay attention to what you have to say and arrange the songs for you accordingly,” Ratnang explains.

He adds, “I had already written ‘The War’ when I started working on other songs of the album. Writing in a dark room helped me achieve what I was looking for. It took months, but it all started to shape up. Once there was a theme, it wasn’t too hard. I have managed to string these seven songs together. They all deal with pain, love and loss.”

Ratnang found support from Ghar Ka Studios in helping him make this album. He approached Ritwik De from the studio for a song, and they ended up discussing the possibility of an album. “With him, it was clear that song’s message would be given importance. He has Amar Pandey, and Amartya Ghosh with him in his team and all three of them put together are magic. We all used to jam together, and I found that they could easily slip into the vibe,” he says.

He elaborates on his songwriting process. “When I start to write, it’s never at the time that I set aside for it. It triggers with one word sometimes, and I start humming broken sentences. Mostly it’s when I sit with my guitar. Melodies do happen to come to me first. We all have bad and good days, I have terrible ones at times, and it’s impossible to write something that is meaningful. I do get cold feet if I don’t write about two songs in a month though!”

One of the challenges of making this album for Ratnang was to balance the heaviness. The lyrics alone are so heavy that a single listen of the entire album might drain the listener. That is where the music comes in; it lifts you up.

‘Stella Gardner’, the first single from The War, and ‘You’ talk about characters that have lost in love but do not lose hope, that at the end is where the story begins. ‘The War’ and ‘Devil In Me’ are songs about growing up, facing challenges, drawing strength from within to be able to move forward, and eventually finding peace. ‘No Fire In The Flame’ and ‘The Lovers Part’ are rooted in the theme of pain and loss, something that is omnipresent throughout the album. Lastly, ‘A Little Boy’, talks about child sexual abuse. He surmises, “The War is not your light-hearted bubbly album, it’s heavy, it can either weigh you down, make you think or make you relate to a certain thought closely.”

Ratnang’s music draws influences from music veterans like Johnny Cash, Hank Williams and Bob Dylan. He finds the songwriting process very cathartic and relies on music to express his deepest emotions. “There’s no greater freedom than turning thoughts into melodies,” he concludes.