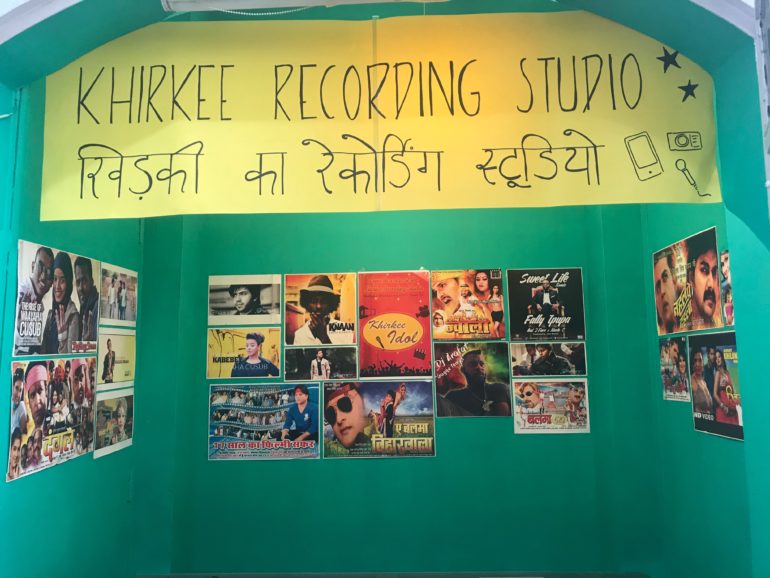 Khirki, New Delhi, has always proved to be our window to the unique melting pot of diverse global and local ethnicities.

In a quaint little corner in the Khoj Studios during the Khirkee Festival 2017, a banner that read ‘Khirkee Recording Studio’ stood out. With a whole lot of posters and memory cards on display, the realisation of stumbling upon something truly remarkable was exciting. 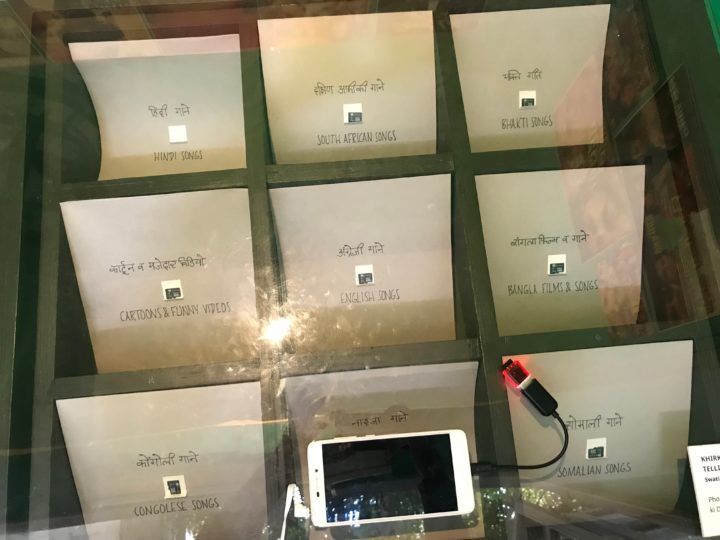 ‘Phone Recharge Ki Dukaan’ was started by Delhi based architect Swati Janu as a medium for the exchange of vernacular media in the Khirki community. Music became one of the focal mediums for social engagement in this melting pot of diverse ethnicities as people began sharing the media they were consuming, from Congolese and Afghani music to Bhojpuri films.

“How people get access to media can be representative of different communities,” Swati elucidates. “This is a very human space, and it’s very interesting for me when there is a lack of resources, the kind of solutions that come up. If you don’t know how to use new technology, there is a person at the recharge shop that helps you. That network was really interesting for me, and after understanding it a bit like an art project, I thought to myself – why don’t I set up my own recharge shop? And that became a hub for me for community interaction”.

After doing this for a few months, the project entered another phase. Instead of just sharing, Swati Janu thought out the possibilities of creating vernacular media which ideated into ‘Khirkee Storytelling Project’. This project was about trying to explore and develop a channel that encourages the community and those divided along different lines to express themselves. Through a multi-cultural media exchange over phone memory cards, the idea for conversations to occur between various groups in Khirki Extension was realised.

A public space was created for this, but eventually, it became more about performances than just stories. This was perhaps due to Swati’s studio,  a small room the size of a storeroom, which opens to the Khirki streets. If one is performing there, people on the street are bound to be intrigued and can watch these performances inside the space, à la Nukkad Naatak. Community engagement and interaction is crucial to what Swati is doing, and is reflective of the effort Khoj puts its weight behind.

“In these performances, rap emerged as the most dominant and accessible form of self-expression, giving people of diverse backgrounds a voice to talk about issues closest to them”, remarked Swati. This is also where the sense of community and expression through music beautifully merges. An example of this would be when Ravi Kumar raps about freedom from everyday corruption in Bhojpuri.

Indeed, rap music’s function as the voice for the otherwise underrepresented group has been hailed and it stands true for a superstar Kendrick Lamar, as much as it does for a young Bihari boy residing in Khirki. 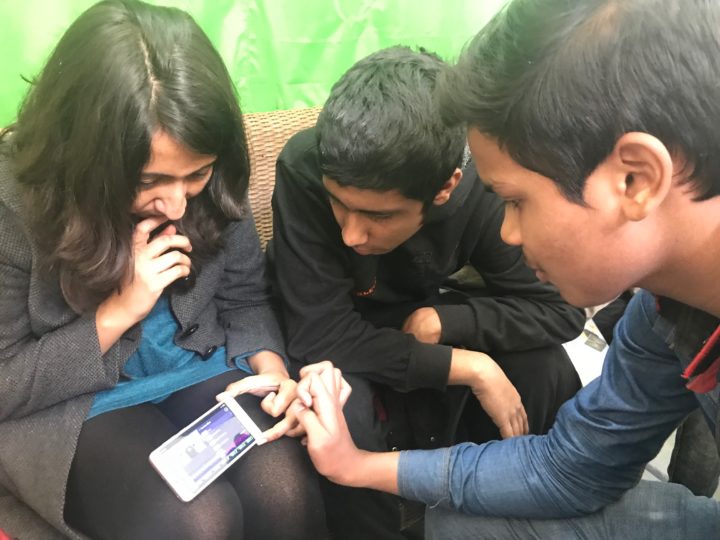 At the festival, Swati and her team lead a workshop of how a music video is made (a video of the same is also there on the PRKD YouTube channel). This includes the performance that is recorded in front of a green screen and the process of post-production on the phone. To keep the performance videos low-budget and low tech – the fact that it happens entirely on the phone – is a conscious effort on Swati and her team’s part.

“People can dismiss something as not ‘well made’. But this is the kind of media that works and is consumed. After all, ‘well made’ is eventually a question of aesthetics. My sense of aesthetics might be very different from someone else who is used to consuming more regional media with themes relevant to his situation, such as a migrant worker from Bihar might enjoy a low production video of the hero’s journey from his village to Mumbai more than a glossy version of someone else’s life,” she adds. 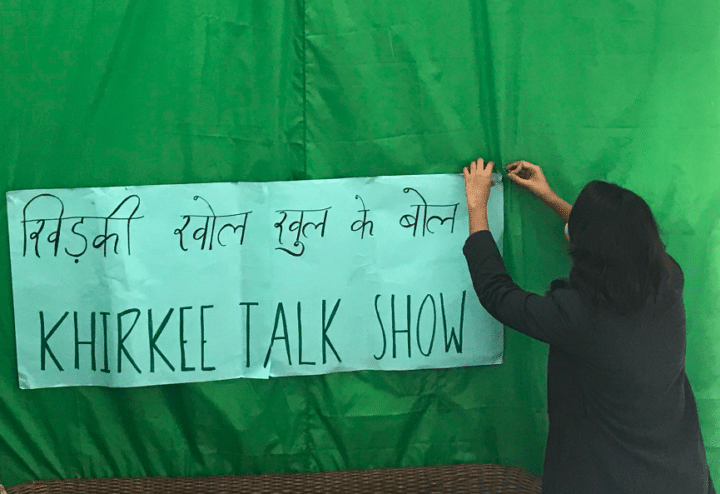 “It came to me that Swati has been having this tremendous interaction with the community. It was the natural next step for me to take it to the talk show level”, remarks Malini Kochupillai who started ‘Khirkee Voice’, a quarterly paper for the community. The ‘Khirkee Talk Show’ is a collaboration between the Khirkee Storytelling Project and Khirkee Voice, with an aim to create a space that gives room for open and honest dialogue between the Khirki locals and the Africans who live there.

The close relationship India has historically shared with African countries has not transcended into the present society. Racism and hostility towards Africans and those with darker skin is deep-rooted in the minds of the majority of Indians. The easiest way to summarise this fear and animosity towards Africans would be to see the frenzied look on most cab drivers’ faces at the sight of reading ‘Khirkee’ on their apps.

And that is all of Swati’s work has been about. Raise awareness, create an open dialogue, try an get the people living in the same space to share their stories with each other to bring them to a self-realisation that the people they have looked at with distrust, are actually part of the community and not so different

The work Swati has been doing is truly remarkable. Next, she seems keen on figuring out how to take the performers who have found their creative expression in her recording studio, under her wing and showcase their talent to help them realise their potential and dreams.