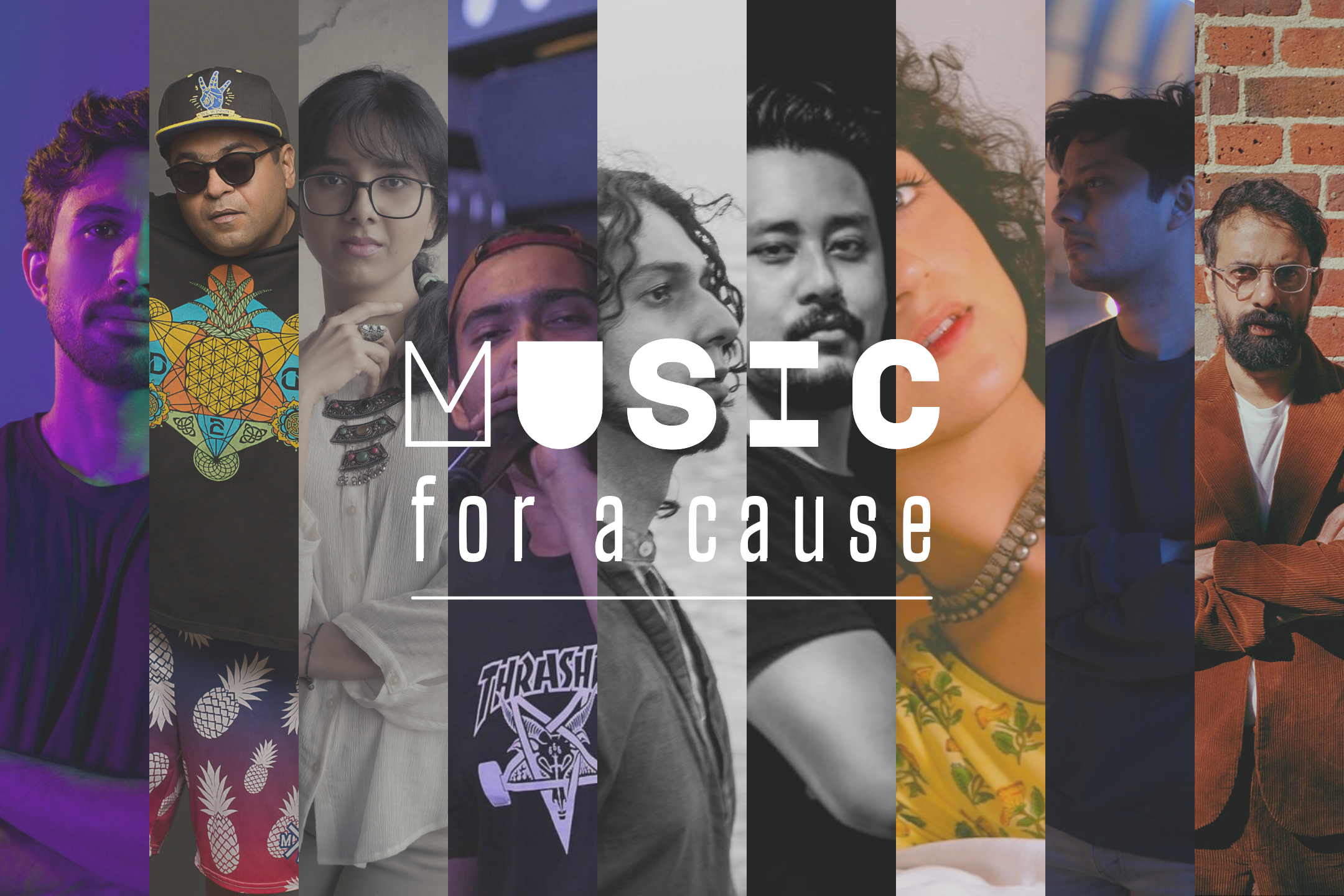 Music for a Cause: A musical initiative to raise funds for COVID relief work

Even though the desperate situation that had unfurled in India over the past few weeks has somewhat abated, the panic over Covid-19 remains valid. Daily infections have dipped just below 2 lakh, but that is still an alarmingly high number. Also, the economic impact of the second wave is debilitating. That’s why the country’s independent musicians have stepped up in the hour of need to raise funds for COVID relief work.

‘Music for a Cause’, undertaken by India-based music distribution company OKListen and UK-based audio-only live-streaming platform Gramrphone, is hosting nine live-streamed concerts over the course of a month. With A Humming Heart acting as the media partner, the funds raised from each event will be matched by both companies and donated to a NGO of the artists’ choice, which is actively involved in relief work.

“While we had done the ‘Music for a Cause’ version around music distribution, which also had a good response, we really wanted to figure out a way that fans could also play a role in giving back. So, doing a livestream and amplifying the amount of money to be raised was right in the direction where we wanted to go in these times,” says Vijay Basrur, founder of OKListen.

The nine artists who came onboard this initiative are OAFF, Su Real, Shaktishree Gopalan, Frappe Ash, Achint, Abhi Saikia, Sanjeeta Bhattacharya, Tejas and Ankur Tewari. Three shows by producers OAFF and Su Real and singer-songwriter Shakthisree Gopalan have already been conducted, with the funds raised going to Milaap, Give India and Samarpana respectively.

The last show, by playback singer Shaktishree, was on Sunday, 30th May. She says, “As an artist, I greatly value the opportunity to be able to contribute through my art in some way. These are truly dark times, and music has helped me tide through it. So, being able to share that with an audience for a cause which helps those in need is what motivated me to get on board.”

She planned her set as a mixed bag – performing a few of her film songs live and discussing the creative process behind a couple of her independent originals. She also took the audience by surprise by getting guitarist Toby Joseph on as a guest feature. Through her set which clocked in at 90 minutes, her aim was to take solace from the overbearing mental effect that the second wave has caused.

“It’s really heartbreaking to digest everything that’s going on. Last year I had not stepped out of home for eight months at a stretch. I’ve been staying home and working on projects from my home studio. I’m privileged to be able to do that – but so many people do not have these options. Also, staying sane is equally important,” she shares.

Singer-songwriters Ankur Tewari and Sanjeeta Bhattacharya will be doing rundowns of their most well-known songs, and the proceeds will be shared with Doosra Dashak and Hemkunt Foundation respectively. Mumbai-based pop-rock artist Tejas decided to donate the funds to Feeding From Far fundraiser on ketto.org and ACT Grants. Where other artists will be mostly featuring their known work (music producer Achint is doing a step-by-step breakdown of the theme song he made for web series Scam 1992), Tejas has opted to showcase tracks from his upcoming album Outlast, releasing on 3rd June.

Guwahati-based DJ and music producer Abhi Saikia, whose show is on 9th June, confesses that he has lost track of what wave it is as things have been so disturbing. He tries to keep himself sane with his music, and the best of that is what he will bring to his set – “a couple of originals, mostly Assamese electronic tracks, as well as some experimental electronic, and maybe some deep-house.”

When asked what got him hooked on the Hunger Relief, Assam fundraiser, he says it’s the idea of so many amazing artists coming together for a cause, while all of us are adjusting to this new normal. “I think it’s noble to provide help in whatever ways we can to those affected by the virus. That’s the reason I jumped at the sheer concept of it!”

A similar train of thought led to Gramrphone joining this initiative. “Many of the Indian artists who use Gramrphone wanted to share their live music with their fans, but in a meaningful way that could help improve the situation. We felt this was the right initiative to give artists that space,” informs Ali Reza, co-founder of Gramrphone. He added that by letting artists themselves decide which charities to donate to, it will be inclusive of different states and regions and make a country-wide impact.

‘Music for a Cause’ is one of the numerous initiatives that are led by musicians across the country in this fight against the pandemic. Dance music producers like Murthovic, Kohra and Arjun Vagala and others have released a 14-track charity compilation called SOS, while Sanaya Ardhesir aka Sandunes teamed up with Krishna Jhaveri aka Kna to make a 6-track compilation of natural sound recordings called Kerelief to raise funds for the NGO – TIP sessions.

She is also heading the music-pack selling initiative CRSP (Covid Relief Sample Pack) for which she has roped in artists like Dualist Inquiry, Sarathy Korwar and Rachel Collier. The proceeds from the sales will be handed over to YUVA, an NGO which works in rural areas.

Just like most concerned citizens who helped amplify SOS calls and verify oxygen leads, the country’s musicians are using their position and art to help. We can do our bit by supporting them – buying tickets of shows and charity albums – while enjoying some much needed solace from the music they are providing.

A ticket to each show costs just Rs. 100 and you can buy (to donate) as many as you’d like. You can view the complete lineup and purchase your tickets at www.musicforacause.oklisten.com