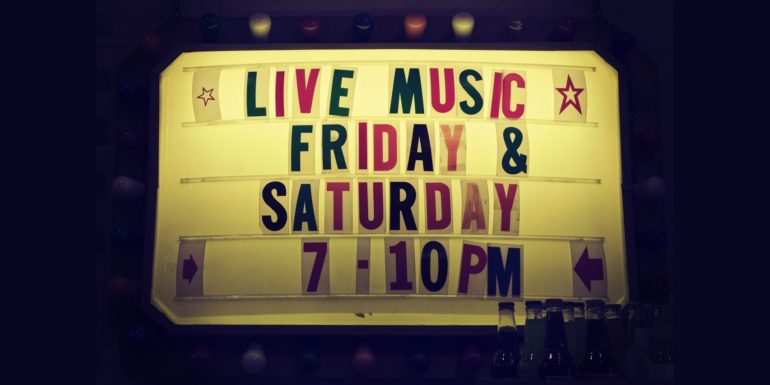 Delhi is complex. Its dual identity of a state and a union territory and its people’s attitude to make the best out of a situation can practically define the word flux. Just like the city, the music scene in the country’s capital has been in a state of flux.

Ask anyone to compare the live music scene in Delhi to the other metros, and the consensus usually turns out to be that it lags miles. What’s been up with the city that produced acts such as Parikrama, Faridkot, Indian Ocean, Sifar, Euphoria, and Advaita and was known to have a thriving live music scene especially at college fests? We discuss with people that are the most familiar with the scene.

“Delhi probably has the maximum number of live gigs, and pubs playing live music than any other place in the country albeit smaller cities have started organising many more club gigs as well,” says the founder, organist and the force behind the legendary rock band Parikrama, Mr Subir Malik.

Take a quick stroll around Connaught Place or West Delhi’s Rajouri Garden on the weekend and part-time ushers will definitely try to lure you into their respective resto-bars promising ‘live Bollywood’ or ‘Sufi night’.

“As bands move to cater to almost a fully Bollywood oriented market its tough for everyone including Bollywood music oriented bands. The competition has reached such ridiculous heights many acts have reduced their fees tremendously,” informs Malik.

Arjun Sagar Gupta, the founder of The Piano Man Jazz Club, a venue that has carved a niche for itself over the last few years, explains that there is always an inherent desire for familiarity.  People tend to gravitate towards known music and observes that most people have lost the patience required to appreciate something new as it takes time and a desire to explore.

“Fortunately, when one creates a place for listening, this process is already in place. People are listening to the music that is being played and absorbing it, and in most cases realising that it is pretty darn good!” states Arjun.

But how do you get across to people who actually listen to original music and independent musicians? Arjun feels that this can be achieved by creating a conducive environment for listening.

“People who love music don’t often have a proper place to listen to the music, as F&B and conversations usually become the predominant elements in a club. By retaining the focus on art and artists, we create a space where patrons know they can enjoy the music, and as more people who really love to listen start coming in, the word spreads!” says Arjun.

Talking from personal experience as a well-travelled musician Subir promptly replied, “Well, in our times there was no social media. The only way we had was to keep playing live and treating every person attending, as a potential customer. And we did that, sometimes 15-18 gigs a month too, and it really helped. Play as much as you can, social media can never have the same impact on a person, as the live gig experience.”

Karan Nambiar, a co-founder of The Bar Cat, a fairly new entrant in the live music scene in Delhi, feels that programming and knowing what your audience wants and feels goes a long way in attracting people to a newer venue. “The right acts would certainly draw in a crowd and from there on in your service and hospitality takes over. Through social media, people are more aware of the indie scene and want more of live acts,” says Karan. He explains that weekends are usually always a great draw, but people showing up on weekdays in huge numbers to listen to a particular act proves that there’s a huge potential for the live music industry to tap into potential listeners and people are more accepting of newer bands and music.

“It’s a bit of a hit and misses, but eventually, the music is a catalyst for people to show up and grab a drink. Every great live gig ensures the audience accepting live music only grows”, he adds.

Summing up his views on the live music scene in the national capital, Subir says that there are so many great independent bands from the city, all of which have their own market and a dedicated fan base; there’s space for everyone. “Hang in there and do your thing, and you will make it, period” sums up Malik.

Karan says, “Delhi was always an integral part of the indie music scene of this country and I truly believe this city pushes the envelope for the Indian Indie space across genres. With more venues focusing on curating live music, it’s a great time to be an artist. Musicians often take for granted the stage and space that gives them an opportunity to connect with an audience but I truly believe that is where the energy and future of live music lies. Getting an audience to feel the energy of the notations you’ve written and getting them to appreciate it is truly one of the most rewarding feelings for any independent artist.”

Arjun feels more performance venues and enterprising individuals is the need of the hour. “We need more venues, more education, more facilities, more compassion in the scene, more professionalism, more support and money in the scene, more standardisation in production, basically more of everything,” he says.

“More and more restaurants are programming music; this doesn’t make them performance venues. A lot of time and energy has to be put into building a scene, and that becomes a part of a venue’s mandate. But that doesn’t mean that we haven’t already taken huge strides in making these things happen. The circuit is better than it was in the last two decades. There is fantastic exposure; the quality of songwriting is world class. So as long as we remember that there is a long way to go, we should be aware that we have come a long way,” concludes Arjun.