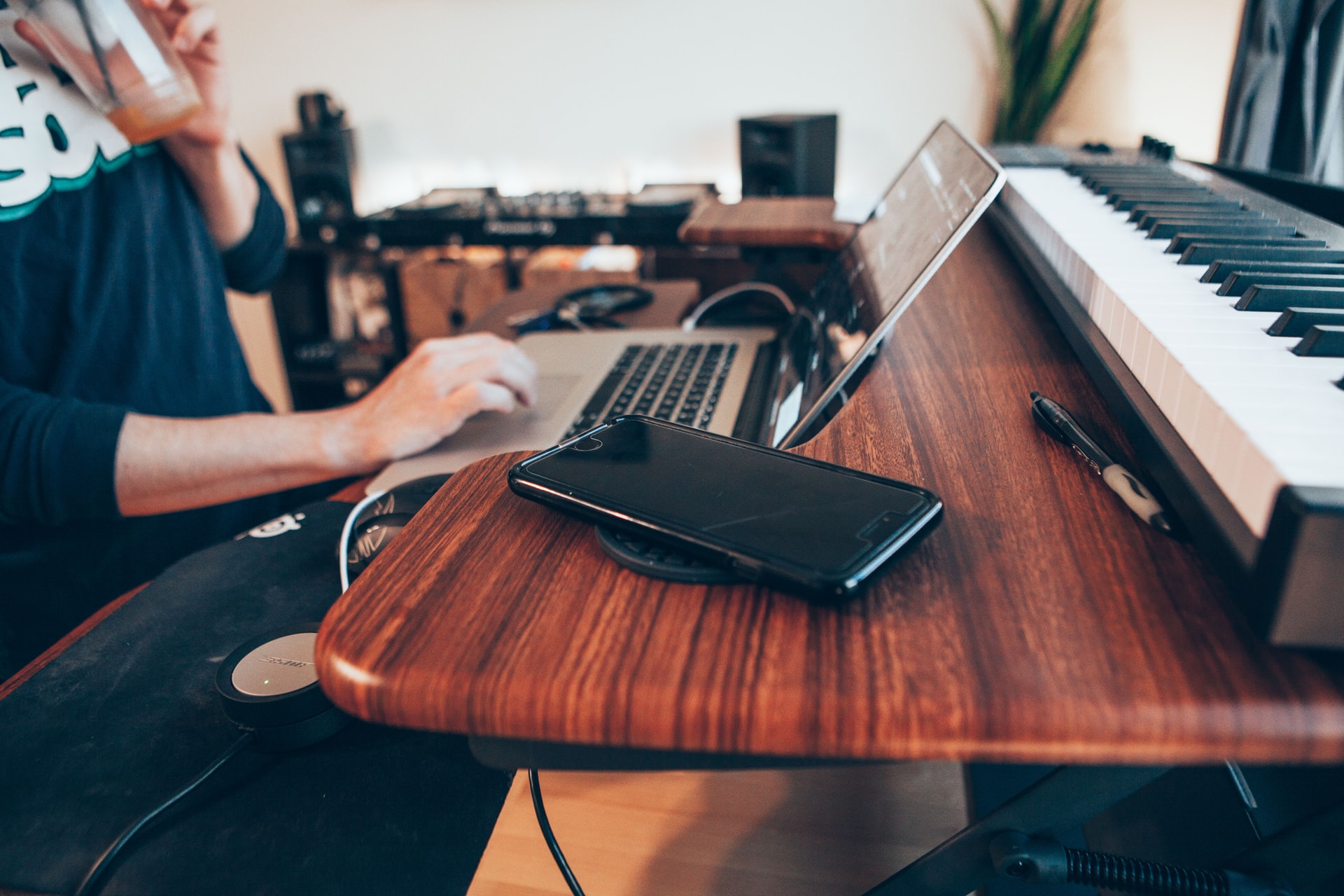 What sparked the rise in collaborations during the pandemic

A crucial part of musicianship, artistry, and releasing music, collaborations are at the heart of how artists connect with each other and their listeners. COVID shook the music industry, including the way musicians collaborate. We spoke to independent artists Aditi Ramesh, Maalavika Manoj (Mali), Kevin Fernando, Kabeer Kathpalia (OAFF), Aryaman Singh (sunflower tape machine), and Prabahan Shakya to dig deeper into this change.

From the outside, musicianship can look like a lonesome battle. The trope of the reticent and reclusive artist is vivid in cultural imagination. And while the DIY approach suffices for artists starting off, collaboration plays a special role in artistic growth. Many musicians are just as familiar with developing their craft in solitude as they are with jamming out with band members.

What constitutes collaboration, however, goes beyond finding other musicians to play music with. Singer-songwriters can collaborate with producers, sound engineers, and visual artists and filmmakers to create polished works. The principle that guides? “Collaboration brings in a fresh perspective to your existing idea,” responds Chennai and Toronto-based singer-songwriter Kevin Fernando.

Chennai-based singer-songwriter Mali puts it succinctly, “It’s more experts on the job dealing with the part of the process they’re best at.”

A traditional understanding of collaboration conjures flashbacks of socializing with fellow artists at gigs and spending hours together in the studio. Both images are far-fetched from post-COVID realities. Yet, collaborations are on the rise. In September 2020, a few months after major global lockdowns, Mumbai-based singer-songwriter Aditi Ramesh took to A Humming Heart’s Discord server to share her views on how the pandemic was fuelling collaborations. A MIDIA study released in the same month corroborated her experience: 36% of the 346 independent musicians surveyed worldwide reported working more on collaborations during lockdown than before.

Forced from the stage into their drawing rooms, musicians took to creating more. The same study posits that nearly 70% of independent musicians surveyed spent more time writing or making music in lockdown. The MIDIA study says that only 46% were releasing more music in September 2020, but as the pandemic persists, a more reasonable estimate would be much higher.

Collaboration as a means of reimagination

Also relying on a fixed line-up of musicians before the global lockdown, singer Aditi Ramesh says, “Once in a while different artists would get in touch to feature on their songs, but I didn’t often actively reach out to people to collaborate.”

However, even for independent artists who had developed networks for collaboration before, going virtual has helped reimagine boundaries – literally and metaphorically.

Aditi Ramesh, who pinged her “fixed line-up” of musicians pre-pandemic, expanded her list of collaborators for the music she released during the pandemic. Talking about some of these releases, Aditi says, “For ‘Heal’, I worked with Tre Ess who produced the song from Ranchi, Ranjani Ramadoss and Toshan Nongbet who sang backing vocals from Bangalore and Shillong respectively, and Edoardo who played bass from London while I was in Bombay. For ‘Sambar Soul’ I worked with Mohit Rao who produced the song from Melbourne.” With her newer body of work embodying so many collaborations, Ramesh reveals, “I’ve been enjoying working with different musicians for each song, and I’m continuing to do so for the new music I’m working on.”

Kabeer Kathpalia aka OAFF started out working with friends, slowly branching out to musicians whose sound he appreciated. Explaining the stark difference between the process of making ‘For A While’, his first single with his childhood friend Savera, and ‘Youth’ featuring Mumbai-based musician Sohrab Nicholson, he says, “Working with Savera was working together in the same room. Working with Sohrab was through emails and voice notes. I hadn’t even met Sohrab properly till much after the song was done,” he shares. Kabeer reveals that his latest single ‘So Good’ featuring fellow Mumbai musician Ambika Nayak aka Kayan also happened “virtually, by sending files and voice notes to each other”.

Besides releasing music, collaboration can have other positive intentions and effects too. In an otherwise stale or gloomy quotidian, musicians might find inspiration by connecting with artists who espouse different aesthetic sensibilities. They may look beyond their city-based networks to forge partnerships with collaborators in other parts of the country or the world.

New-Delhi based singer-songwriter, Kamakshi Khanna, is one of many musicians who have experimented with their sonic expression through long-distance collaborations in the pandemic. In June, Kamakshi released ‘Duur’ with Mumbai-based electronic producer Kabeer Kathpalia aka OAFF. The dark and introspective track with OAFF’s signature ambient electronic production was followed up by a heartwarming duet, ‘Taare’ with Nishu—the Hindi project of Kolkata-based Nischay Parekh.

How have musicians used technology to bring these collaborations to fruition? Mumbai-based singer-songwriter Aditi Ramesh explains, “We’ve learned to adapt, create workable home studio spaces, get more familiar with recording software and techniques and discuss and ideate over Zoom calls and therefore collaboration with anyone, anywhere is possible right from your own home.”

Prabahan Shakya, a singer-songwriter from Guwahati and a research scholar in Performance Studies at Ambedkar University, explains the process of collaborating online. Quite simply, it is about “sending drafts to one another till you choose a draft to be a final song. Artists record individual takes in their own setups, and one person takes the responsibility of blending each element together.” The singer also opines, “As much as one loses the energy of physical presence, online collaborations are also very exciting once one overcomes the technical hurdles.”

Pre-pandemic, Chennai-based Aryaman Singh aka sunflower tape machine, jammed with friends in the studio to sketch out ideas and invited people over to the studio or home to give feedback on the mix. Now, collaborating through video conferencing platforms like Zoom and Discord is his modus operandi. Aryaman even prefers this method to a studio for sketching ideas. “You practically have all the time in the world. I get on Discord with fellow artists, and we work / get opinions on existing tracks and mixes,” says the musician behind ‘sophomore sweetheart’, a pandemic-inspired indie-pop track.

For many artists, however, technology has its limitations—no matter how hassle-free. Mali recounts how working with her producer during the pandemic helped her “realise the synergy that comes from being in the same place to get something done. Collaboration, when in person, is so much more immersive than over email or the phone. It’s also far less time-consuming.”

The pandemic has changed the way musicians collaborate, pushing many to explore collaborations outside their cities, immediate networks, and even aesthetic sensibilities. Emerging artists can benefit from working on many collaborative singles. This can help them find new listeners as well as hone into a core team for heavier projects like albums. The question for many might be: but how does one go about it? Finding the right producer, sound engineer, or visual artist is harder than it looks.

At an event organized by Indian Music Experience in June, Mali and producer Arnob Bal discussed their successful collaboration on ‘Caution to the Wind’ in detail. The moderator, renowned music journalist Amit Gurbaxani raised an interesting question: how can we support musicians to find suitable collaborators, just as Mali and Arnob found each other?

The better the matching process between collaborators in the music business, the stronger the scene. Amit hinted at an extensive database. Depending on its functionality, such a database can provide a map to many artists who are either just starting out or lack the social capital to be plugged into the music industry. Perhaps such a tool will also be a lot healthier and structured than haphazardly stumbling across a thousand profiles on Instagram. As a musician myself, I see its value. But it would have to be something beyond Vampr (an app touted to be a Tinder for musicians). Notably, the utility and uptake of such a database solution will depend on who administers it and what kind of authority they have in the independent scene in India.

In the end, despite the challenges of the pandemic, the new wave and process of collaboration has the potential to pull up more people and diverse ideas to the forefront. The pandemic has been nothing short of challenges for many in the music industry, and at a fundamental level—beyond metrics and numbers—collaboration is also a channel for musicians to build solidarity with one another in this tough time. As listeners, we are invited into that practice of solidarity. We are collaborators too. Speaking of her experiences with other artists, Mali says, “Collaborations are best done when both parties are fully invested in the final product. It’s never a one-way street.” Nothing could be truer for the collaboration between musicians and listeners as well.