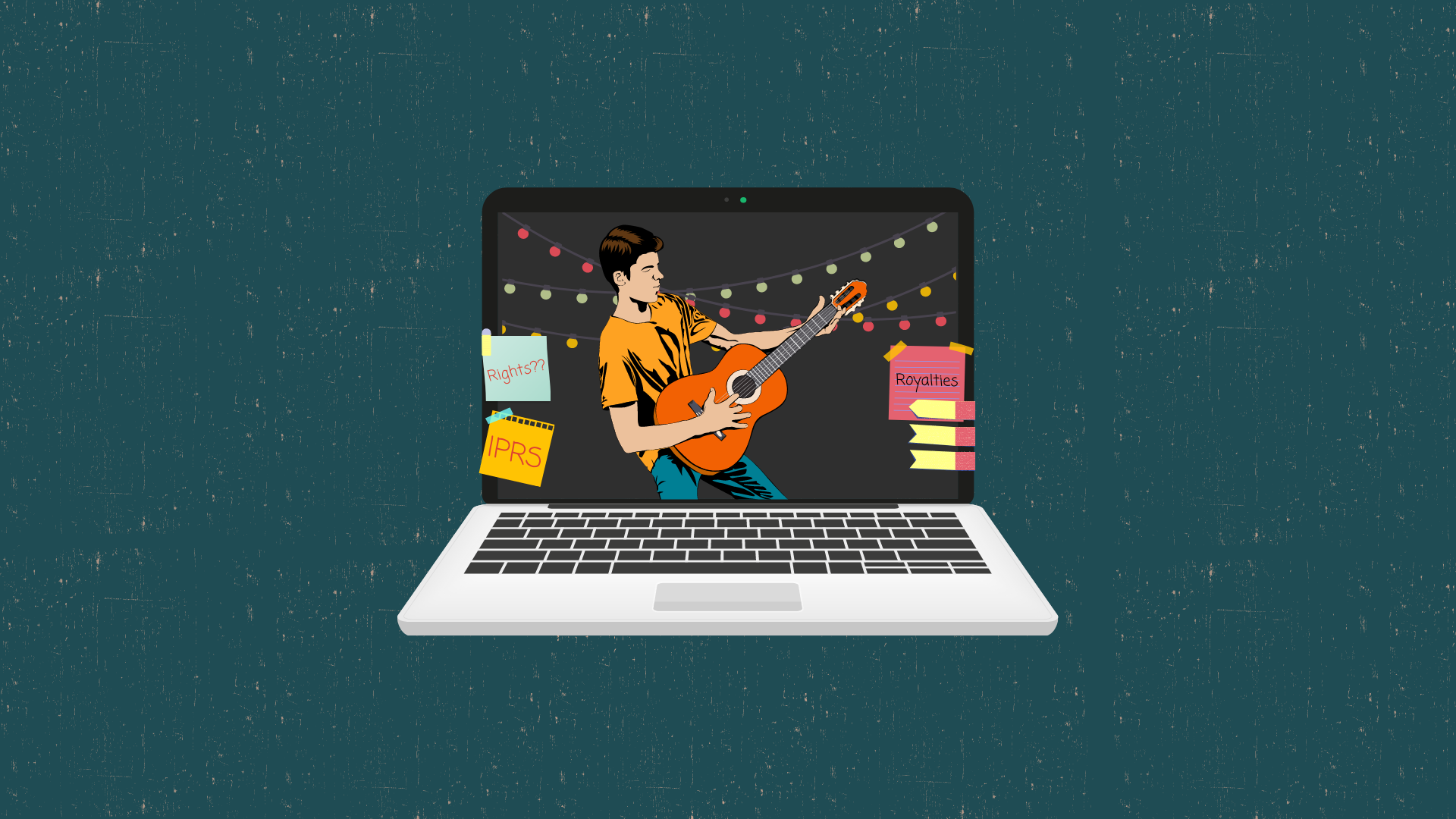 The politics of ownership and control: The bigger picture behind IPRS’ plans for live music

July was rife with confusion and panic for artists who could hitherto perform online concerts without having to worry about royalties. A vaguely-worded notification from the Indian Performing Right Society (IPRS) announced its decision to charge artists a minimum INR 20,000 fee, effectively mandating organisers to obtain a licence for a live stream, irrespective of whether the event is free or ticketed, which could be as high as INR 1 lakh for ad-supported events.

The news came as a rude shock for chiefly film and TV composers, lyricists and performers, and other artists who pointed out the unfairness of the move at a time when the live performance revenue stream has dried up. The announcement also set off confusion for independent artists and promoters who are looking for clarity as to where they stand in terms of this rule, many of whom learnt of IPRS for the first time but later realised they may have released music through the body. It even led several event organisers and streaming platforms to believe that live streams have effectively been banned, to the point where scheduled online events have been cancelled at the last moment.

The copyright organisation spent the following week putting out fires, first clarifying that the updated tariffs won’t apply to practitioners of Indian Classical and folk music – a redundant point because their original creators cannot be credited in any case, and most of these works are already in the public domain. IPRS also reportedly removed a notice on their website (which had deferred the date on which the revised rates would come into effect to September 1). On July 25, IPRS also added that the rates don’t apply to free concerts on Facebook and Instagram (which they have a tie-up with) or YouTube.

Following this, they put out another memo clarifying that organisers, not artists, will be liable to pay the charges, completely ignoring the discriminatory practice that would sow between non-members and members (of guilds and associations which operate under the royalty system), and without addressing the fact that many artists are independently hosting their ticketed online concerts.

In an interview dated July 25, CEO Rakesh Nigam clarified that IPRS is working closely with the Event and Entertainment Management Association (EEMA), and will announce revised rates that would safeguard both artists and the IPRS’ interests. In the same article, EEMA president Roshan Abbas is quoted saying that they are pushing for a tariff that does not exceed 4% of the gross revenue.

Towards a reasonable fee structure and beyond

As the representative body of artists, the IPRS is integral to the collection and distribution of royalties to songwriters if their work is used anywhere – at a wedding, as a ringtone, in the elevator, on radio or TV, at a cafe, in an autorickshaw, or a live stream.

According to a critical statement by Sanjay Tandon of the Indian Singers’ Copyright Association, an additional “Synchronisation License” needs to be taken from the respective Music Label(s) upon payment of a fee of “Rs 30,000/- to Rs. 50,000/- per song.” Mumbai-based playback singer Wrisha Dutta weighs in, demystifying IPRS’ role and where it intersects with ISCA or PPL. “You register with associations such as ISCA for singers, MCAI for music composers, SCA for actors, etc. Each of these organisations is distinct and separate from each other and will look after the interests of its members. But everyone’s eligible to get royalties if they have worked on something or performed live. These associations work hand in hand with IPRS to give artists their due royalties.”

But in this case, as Bangalore-based singer-songwriter Abhishek Gopurathinkal points out, “I am certainly not in a position to pay INR 20,000 per live performance, and that too for my own songs. I don’t know how much of that money I am going to get back.” Abhishek adds that one of his EPs may have been released through a distributor ‘that may be under IPRS’. Is this indicative of IPRS’ limited understanding of the burgeoning live concert ecosystem?

More importantly, has this notification opened up a can of worms for the IPRS? Are the music and performance arts ready for an alternative model of revenue and regeneration? Music researcher and algorave performer substance.d (Akash Sharma) posits one such design, “IPRS could create a plugin which the license holder can use for the stream – it would gather data on the audience and act in a similar fashion as YouTube or Twitch, accounting not only for the headcount but also their geolocation, watch time and the like. The dashboard for such data will then give a clear and transparent idea of the monetised live session and help devise a fairer revenue structure, be it 0.5% or 5%.”

At a time when organisers are just beginning to dabble with various platforms and formats to see how they can optimise virtual live experiences, such rules are downright stifling. Moreover, this move exposes the vulnerabilities of artists signed directly or indirectly under copyright agencies like the IPRS, giving them a reason not to register in future.

“The notification is not necessarily deserving of the outrage,” Wrisha adds, “because on some level, this system exists to ensure fair and due payment for creators. Its flaw is not one of intention but of design. Many cover artists will not be able to afford this tariff amount. While we await the official final update, I hope IPRS takes this backlash into account and comes up with a reasonable and fair fee structure because if the earlier slabs are implemented, artists will no longer have any platform for any form of expression.”

Besides the problems with monetising online performances, the key issue here seems to be the stringency of ownership endorsed by copyright owners and that of authorship held by many artists. It is a view popularly held that restrictive and extended copyright terms incentivise content creators. “Copyright owners frequently talk about the private value of copyrights, which isn’t difficult to see: If you have a monopoly on something, you get to make a lot more money,” Illinois law professor Paul Heald writes. In the midst of this crisis, for example, IPRS entered into an agreement with Facebook, effectively barring users from choosing music from their repertoire to use on their Facebook and Instagram videos.

“What they conveniently ignore is that the absence of copyright creates value, and that creative industries rely on public domain works as building blocks for many valuable new creations,” Heald adds. The question becomes one of transformative rather than economic value.

Many artists around the world are rallying for a fair exchange of economics when monetisation of art is in question, substance.d adds. “The whole philosophy around copyright has to change, but like all new ideas, it is going to be extremely difficult to implement on a large scale. That would necessitate leaving a comfort zone in an already-well established system following a chain of commands.”

“This is precluded by a bigger challenge – Imagining a new system and comprehending what that entails.”