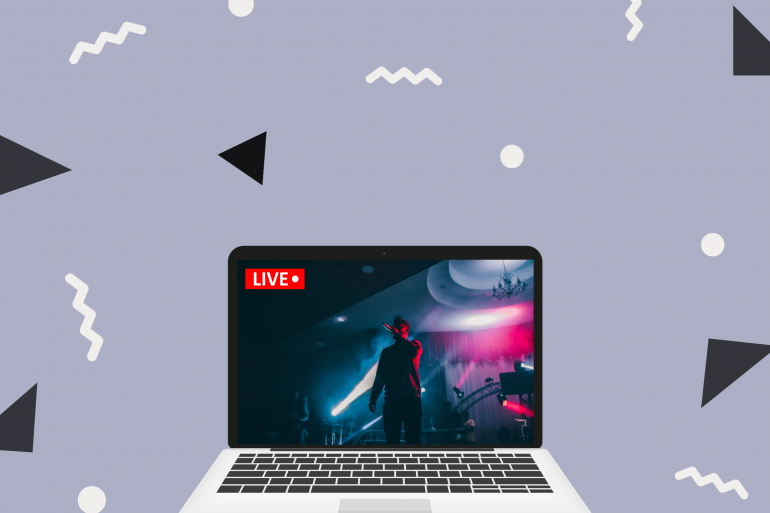 Skillbox leads Indias transition into virtual gigs — but how did they find themselves here?

After the government imposed the COVID-induced lockdown, performing arts were perhaps the hardest hit industry suffering from its fallout. Events, such as music concerts that were held in packed basements, would be the first to be stopped. Six months have passed since the first instalment of the lockdown started. It is clear that music gigs are not going to return anytime soon either, even though other socially distant events have taken place elsewhere across the globe.

However, many fans of Indian indie still managed to catch their favourite bands performing, from the comfort of their beds. Skillbox, a dedicated platform for musicians and artists to perform live gigs, is perhaps the biggest facilitator in this transition. The company has just the first leg of India’s first music streaming festival, Skillbox will host 8 more gigs in a series titled ‘From The Island’. These gigs will be performed from Island City Studios in Mumbai, with live performances streamed every Sunday.

The series will feature some of Mumbai’s premier independent acts such as Ankur Tewari, Pentagram, and Mali in the coming weeks. The festival concludes on the last Sunday of the year with a surprise act that hasn’t been announced yet.

Users can buy either single-gig tickets, or purchase them phase-wise. A discounted pass is also available, which includes virtual meet-and-greets with the artists after the gig.

Co-founded by Anmol Kukreja in 2016, the Gurgaon-based service found itself at the perfect place in the eye of the COVID-19 storm. A former drummer in a classic rock band, Kukreja said that since most of his team is made up of musicians, they understand and thus, cater better to the needs of the community, having been part of both sides of the stage.

Skillbox currently has over 70,000 active users on its platform, a figure that has grown fivefold since March. Initially starting as a social networking site for performing artists, Skillbox evolved into a stage for them to share and sell their content. However, pre-COVID, their focus was on offline events.

“We knew that the platform could reach out to the people, to the artists, but only if we provide them something realistic; something on the ground level,” Kukreja said.

Apart from his short-lived music career, Kukreja cut his teeth working as a booker for the Canvas Laugh Factory. He said that working with Canvas helped him understand the booking business, and refine it for Skillbox.

Currently, Skillbox has various avenues for artists to monetise their output. Artists can be booked via the website by clients for private gigs, or venues for shows. After the negotiation has concluded, Skillbox creates a legally binding contract between the two parties. Such a facility is crucial for the Indian indie scene, which continues to be plagued by endless claims of non-payment of dues and contract reneges.

“It gives a clear advantage for the artist, that if they are getting bookings from the platform, they know that their payments and other conditions are legally binding,” Kukreja said.

Artists can also host DIY events, which are streamed and ticketed on the platform. These events can be small-scale gigs or teaching classes, and the prices are entirely decided by the host. A third way for musicians to earn money is through a “reverse contribution campaign”, as Kukreja terms it. Unlike traditional crowdfunding campaigns, this option allows the artists to publish their final product, and recoup their costs in a pay-what-you-want system—similar to how Bandcamp lets users pay for music.

However, when the pandemic started, Skillbox also became the first ticketing platform to introduce native live streaming on their website after they hosted Parekh and Singh in a sold-out show.

Kukreja says that using an indigenous platform allows them to stream in 1080 pixels with a bitrate of 320 kbps, which is ideal for gigs. Using streaming software such as Open Broadcast Software (OBS) or Streamlabs, artists can easily transmit their feed to Skillbox, who then can stream it in high definition to ticket purchasers.

Elucidating further, Kukreja says that artists usually adapt to such software quickly. If any help is needed, Skillbox’s team is always there to help, he added. For their troubles, Skillbox charges a commission anywhere between 5 to 10% from the artist.

Due to a lack of overhead costs, Kukreja said that some artists are already seeing more money from digital gigs than they ever earned from physical ones. Talking about the sudden change in fortune for the company, Kukreja said, “We feel blessed that they have adopted the platform and given us the confidence that what we’re doing is heading in the right direction.”

Apart from home gigs, Skillbox also has tie-ups with studios across all major metro cities, from where artists can live stream their performances. The upcoming ‘From The Island’ series is one such collaboration between a studio and the streaming platform.

Skillbox found its niche in the Indian music industry by being at the right place with the right tools to facilitate the transition to a digital future for our gigs. How it maintains its newfound ubiquity and transitions that to an offline capacity remains to be seen.