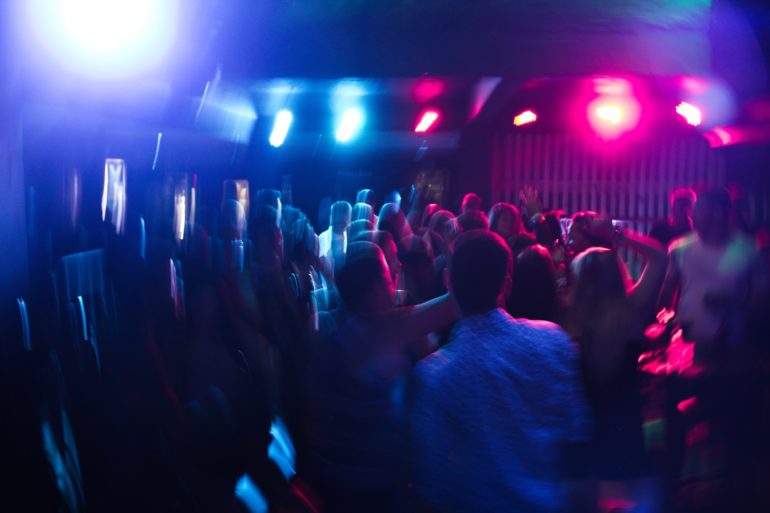 Photo by Maurício Mascaro from Pexels

In March 2018, New Delhi singer-songwriter Abhilasha Sinha called out Navi Mumbai musician Tanay Kasera (of the now-dissolved rock band Circle of Fifths) for continuing to operate liability-free after proven instances of sexual and physical assault on Meghna, a Mumbai-based woman, with whom he was in an abusive relationship.

Nearly two years after that – and five years since Meghna’s social media post outing Kasera – the guitarist and producer faces more charges of stalking, sexual and verbal harassment from as many as 13 women.

On May 3, Mumbai-based musician Damini called Kasera out for trying to get back in touch with her using Facebook.

I cannot BELIEVE this man is back on Facebook and has sent me a request again. I was lucky enough to never have met him….

Following her post, more women reached out to Damini and Meghna. Of the numerous accounts, five women, including previous survivors, have come forward to detail how Kasera allegedly stalked and forced them into unsafe situations as far back as 2013 to as recently as February this year.

Meghna started dating Kasera around February 2014. It turned into an extremely abusive relationship where Kasera would often sexually and physically assault Meghna. There was an instance, she recounts, when Kasera slit her thigh with a knife. Another episode of Kasera’s violence left Meghna with a spinal fracture.

Meghna went to file an FIR levelling charges of physical violence against Kasera on October 2, 2014, at the Kharghar police station.

In 2018, years after they split up, Kasera accosted her while she was out on her scooter, nearly causing major harm in public view. Meghna suspects that Kasera found out she was in the area and set out with his car to follow her and almost went as far as ramming into her scooter in broad daylight.

Following this incident, Meghna went to the Kharghar police station for a follow-up. However, police official, she says, told her there is no FIR filed in her name. “He asked me to go to Sanpada police station and see if the case got transferred there. I was made to go around two-three stations, but I didn’t find anything.”

In a desperate search for accountability, Meghna went to the National Commission for Women on January 11, 2019 and filed a negligence and apathy complaint against the police. Despite Meghna’s two complaints, Kasera remained not only unpunished but also unhindered from approaching more women online.

“I’ve tied up with the NGO One Future Collective. I’m in the process of filing another FIR. The only issue is that I’m not able to go to Mumbai to file it because of the lockdown. That is a concern. The plan is to go and file the FIR in Mumbai,” says Meghna.

Anisha Sanil, a 24-year-old biotechnology student, met Kasera in January this year. The two matched on Tinder and met just once. Kasera asked her to meet him as soon as he came to know that she had returned to Mumbai from her hometown after the Christmas break. Tinder displays a user’s proximity using GPS signals, and Anisha suspects he may have checked her profile to see if she was in town.

“He first texted me to ask if I could meet him. I didn’t respond. He then called and told me ‘It’ll be just a ride in his car and nothing much.’ He told me he would pick me up and drop me back home.”

Anisha tried to make excuses, but Kasera was so persistent that she eventually agreed on meeting him.

Kasera picked up Anisha after work around 9:30 PM. “He came by in a red car from somewhere near D-Mart, picked me up and said, ‘I have a joint with me’. He drove me from Belapur to Vashi and Vashi to Belapur, three to four times. I wasn’t comfortable, so I kept my distance,” she says. Anisha recalls that she received a call from a family member. While she was attending the call, Kasera forcibly kissed her.

Disturbed, Anisha tried to escape from this situation by asking Kasera to drop her at a restaurant and telling him that she wants to eat on her own. But Kasera insisted on joining her. At the restaurant, he just sat there watching her eat. “It was very weird because it was the first time I was meeting him. I made him drop me at D-Mart because I didn’t want him to see my apartment.”

Anisha says that Kasera continued to message and call her every day for a week following the incident. A couple of days after meeting her, he showed up at her apartment. Anisha had never given him an address or indicated where she stayed.

“I asked him how he knew my apartment number, and he said he’d ‘guessed’ and ‘I just shoot my shot’, or something. I was shocked, the colour drained from my face. I didn’t want to cause trouble, so I told him I was on a call with my father and there was a family issue. He said he had a joint and had his car and wanted to go smoke up. I said that I couldn’t go and would call later.”

Kasera showed up at her apartment the next day too. However, Anisha’s friends and flatmates were apprised of the situation, and they told Kasera that she had left for home. “Whenever the doorbell rang, I would get worried,” she says. After being turned away, Anisha says her friends noticed that Kasera stayed inside the building and then waited near the gate for 10 minutes. Perturbed by this behaviour, Anisha blocked him on Whatsapp.

“On February 20, he called and asked me to unblock him and wanted to explain himself,” she says. He told her that his father was in hospital and he wanted someone close to talk to. “I was almost crying and told him I didn’t want to talk to him. He said sorry and I blocked him. He didn’t come to my apartment or contact me after that.”

Allegations of Kasera’s problematic behaviour go as far back as 2013.

Shalini (name changed on request for anonymity), a 26-year-old postgraduate student recounted how in 2013 after a gig, Kasera approached her and urged her to take a walk with him. “My instincts told me something’s off. I didn’t go and tried to ignore him by talking to my friend on the phone continuously. All this happened around 11 PM. As far as I can remember, he hung around me and kept insisting for 20-30 minutes. Then my brother came, and we quickly left,” she says. Post this incident, Shalini avoided Kasera whenever she saw him at other gigs in Navi Mumbai.

In 2016, Nalini (name changed on request for anonymity) – a 20-year-old student at the time – interacted with Kasera on dating app Tinder. On finding out that one of her friends was in a no-strings-attached relationship with him, she decided not to escalate things further.

“I was still talking to him on Tinder, and he was very insistent on meeting. I told him I wasn’t comfortable. He asked if it was because he lives so far away, and then said he could come pick me up. It was all shades of weird,” she recounts. Nalini and Kasera spoke for another “week or two”, during which time he was insistent about wanting to meet, but when Kasera tried to add her on Facebook, she declined his request, and he has not reached out to her since.

Damini recounts her first interaction with Kasera was back in January 2017. They matched on Tinder and became friends on Facebook after she left the dating app.

“In a single conversation over text, he said some pretty weird stuff,” she says. While familiar with the often overtly sexual language on Tinder, Damini says she began feeling uncomfortable when Kasera would often coax her to leave her house late at night and meet him. She stopped replying but Kasera continued to text her and attempted to video call her while she was in college. “It made me super uncomfortable. Why would I pick up a video call from someone I haven’t even met once? He’d text every day, asking ‘You don’t want to talk to me?’ I replied on three occasions, telling him to stop talking to me and that I wasn’t interested in him.”

Damini seeks intervention from Tinder and vows to testify legally against Kasera. The chilling detail is in the fact that none of these women knows each other, raising important questions of internet privacy and footprint that affects women. “I’m also trying to get him banned from Tinder, but I don’t have any screenshots since I haven’t been on the app. I have spoken to two Tinder reps and filed an official complaint, along with two other women. I don’t know if they’re being followed up because we may not have provided the exact evidence they want in the report. I did tell them about the extent of harassment.”

Damini and the other women A Humming Heart interviewed who attend gigs say that they have usually considered the indie music scene to be a safe space. But the many stories which have emerged in the #MeToo movement proved otherwise, casting the spotlight on venues, popular singers and DJ-producers.

For Damini, she says it’s more about keeping the music space safe, just like it used to be for her. While Kasera has once again removed his Facebook and Instagram profiles, Damini, Meghna and other women hope that legal recourse will prove effective this time. Damini says, “I’m glad this post worked in the sense of sending him underground again, getting leads out in the open and warning as many people as possible – especially the music scene of Navi Mumbai – of him. That’s been fulfilled with the reach I have. I can’t wait for action to be taken against this scumbag.”

A Humming Heart asked Kasera to respond to these allegations on May 9. He is yet to respond to our queries, and this article will be updated to reflect the same if and when he does.