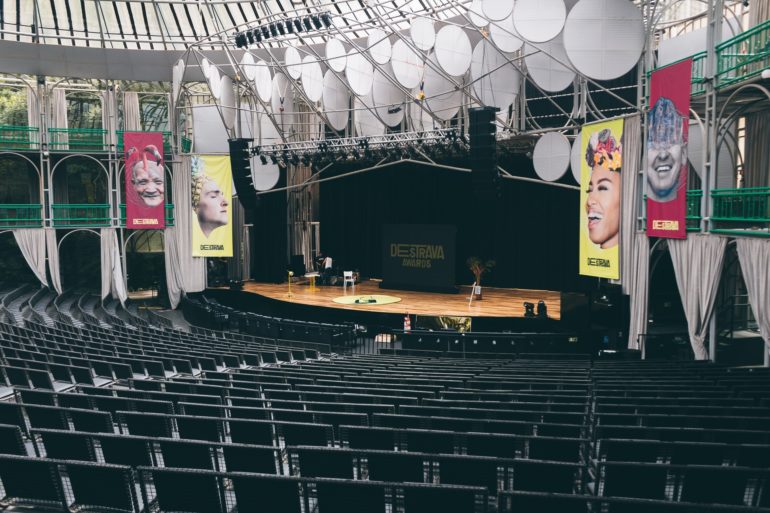 COVID-19 is shaping up to leave in its wake a battered economy. While the virus does not hold any prejudice, the global recession that’s brewing will not be so fair.

The independent music industry has already lost a lot of revenue, and if past recessions offer any clue, it stands to lose even more. With the music scene just starting to develop into a stable source of livelihood across the country, many fear that the impact of the virus can be long-reaching.

Uddipan Sarmah, frontman of aswekeepsearching, rues the circumstances in which he has found the time to conclude the band’s latest home-produced record. They lost six shows in March, along with their third tour in Europe, the details of which were still being worked out. “We also had a lot of enquiries from universities in April which are now not going to work out,” he says. The first week of realisation hit the band hard.

For Yaduveer Singh Thakur the magnitude of the situation came to light when the gigs on Holi were cancelled. “We had two gigs in March cancelled, but that was just the start,” he said. Thakur is also co-founder of the music label Pinecone Records, that has acts such as Sutej Singh and Rachanachar.

Another 20 gigs were planned for the rest of the year in Pune alone, Thakur said. All of these remain either cancelled or uncertain.

“This industry is so unprotected. We don’t have any insurance, and certainly no government backing,” says Thakur.

Rohan Shetty, who goes by his stage name SHOR, was in the middle of releasing and promoting his new EP. “I was starting to gain some traction with the release of three music videos and a gig at Zomaland but my ability to build on that momentum was sort of limited by the lockdown,” Shetty says. The lockdown has cancelled a lot of gigs for him, affecting his income as well. “It’s eating into my savings which is really scary, for me,” he said. “Promotional content has become really difficult and this really limits the reach of a song.”

His main concern has been dealing with the lockdown if it is extended, which seems like the case at the moment. “I hope we can figure out a sustainable way to monetize what we do, from home, if this extension goes on for longer,” he said.

For Abhishek Mittal, frontman of instrumental jazz band Submarine in Space, the lockdown reinforced a sense of responsibility he took for granted otherwise. Mittal has been using his time to practice his music daily and teaching guitar through online lessons. “I feel happy to have taught more guitar players in just 30 days compared to the past 3 years of my teaching,” Mittal said. Music has been Mittal’s escape through this time. “Everything for me has revolved around music and it’s keeping me sane and giving me hope,” he said, adding that he has decreased his time on his phone to focus more on being productive.

With most colleges winding their semesters down, this is the time when a lot of college festivals occur- and with them, a chance to perform for the smaller artists. These bands are the ones that are suffering the most, said Ashwin Gopakumar, frontman for When Chai Met Toast.

“Fortunately for us, we have some savings; we’ll tide over this difficult period. It’s the smaller acts that are bearing the brunt of this lockdown the worst,” he said.

When Chai Met Toast had seven gigs cancelled in March, with a few more international ones planned in south-east Asia also delayed indefinitely. Currently, the band has also stopped enquiries till May and will assess the situation as it develops.

The situation for venues is pretty grim. Fandom at Gilly’s Redefined, one of Bangalore’s premier venues for music gigs, has had to shut their venue. The entire staff at Fandom was let go, and currently, nobody is drawing a salary.

“This incident has shattered the industry,” says Suvan Mathur, General Manager of Fandom. Mathur has had to also lay people off at nine other sister venues of Fandom throughout Bangalore for at least three months for now.

Venues at Bangalore have already faced a plethora of issues over the past three years due to license laws and operating issues. The Humming Tree and BFlat both shut down in 2019 owing to the aforementioned concerns.

Currently, Mathur says that Fandom does not have any proactive contingency plans. “We have blocked out dates till July, after that we’ll take a call depending on how the situation works out,” says Mathur. Fandom has cancelled some acts but maintains a ‘postponed’ status for some of the smaller, local acts.

The situation is similar across cities. “Our margins are paper thin, plus this last financial year has been one of the worst ever!” says Sandy Singh, owner of Pune-based pubs Swig and Euriska. “It’s all come together. We still don’t know the extent of damage that is going to hit us.”

Between the Swigs at Koregaon Park and SB Road and Euriska, Singh has had to cancel around 25 gigs. He also has had to manage issues such as salaries, rents, and perishable items in kitchens, given the lack of any prior notice.

Singh has plans similar to Mathur, ensuring that the local acts get on their feet first after they are allowed to reopen. “We plan to work with only local artists for atleast a few months to get them back on track, like us. Get the ball rolling for the smaller guys, since it’s going to hit them the most,” says Singh.

For Mathur, the biggest concern has been the lower-level staff working across his venues. “Since most of them are from outside the city, we took care of their accommodation and other necessities while they were working here,” he said. However, due to the lockdown, the staff have had to head back to their native residences. Mathur says that every single staff member is welcome back once the situation gets resolved.

Most of the employees working across three of Singh’s establishments have gone home as well. “Most managed to get on the last trains and buses. A few who have stayed are being taken care of,” he says.

While artists and labels can continue their work, venues have to bear the worst outcome of the lockdown. “Artists can continue with their albums, or increase their online presence by having gigs on social media. Unfortunately, we have to wait until the lockdown is lifted, and even then, it will take time for the public trust to build up and for us to host our events again,” explains Mathur

REMOTE SESSIONS AND WORK FROM HOME

For Sarmah, the 21-day lockdown announced in March provided a concrete deadline to ramp up the finishing touches on his band’s recently announced album, Sleep.

“Initially, we were aiming for a February release. That got delayed due to personal reasons,” says Sarmah. Now, the band can take this time to finalise edits of eight music videos, one each accompanying every song on the album.

In lieu of physical gigs, aswekeepsearching has taken the decision to charge listeners for its “listening sessions”, wherein fans of the band can listen to the album before it is out and give real-time feedback. It is a long-standing tradition by the band, with Sarmah doing multi-city tours before releasing Zia and Rooh to generate buzz around the album and get invaluable feedback- only this time, it will be happening through the screen.

While aswekeepsearching pulled their socks up and got on with their impending work, others struggle to find inspiration in these tough times.

“You get this time, this creative box to work,” says Thakur who’s also a member of the band The Reasonable Hope. “At the same time, this box is getting very hot,” Thakur says, speaking about the pressure of making the most out of the given time.

While Thakur is currently in Pune, a huge chunk of his label works out of Shimla. For employees at Pinecone, digital communication is not a new concept. Thakur says that they have not faced any issues, and business continues during this period.

However, for RECK, this lockdown changed the way they work. Calling themselves a movement rather than a music label, RECK’s full time employees work out of an office that doubles up as founder Akshay Deokuliar’s residence. Currently, RECK have singer-songwriter Sabu and hip-hop artist Micah on their roster.

“As a company, ironically, we’ve become a lot more disciplined, organised and productive, as a result,” says Deokuliar. “Like a veil has been lifted, it’s much easier to see through the inconsistencies and gaps in our processes and strategies.”

RECK has taken this time to work on two service offerings – BCKDRP, a creative agency; and Faculty, an online consultancy solution for artists all over the world. Although Deokuliar had always planned on starting them, the lockdown gave him a chance to formalise the idea. Through live workshops, webinars, reading material, one-on-one sessions, and feedback, RECK plans on allowing artists from all over the world to utilise their services. “We’re looking at distilling our entire knowledge and experience base through modules on education, mentoring and consulting,” he says.

When Chai Met Toast has planned a podcast revolving around their journey from their roots in Kochi, to where they have reached today.

“There was no particular story behind it. One of us just had the idea and we decided to follow through with it,” says Ashwin Gopakumar, the band’s frontman. While he is in Trivandrum, the rest of his bandmates are in Kochi, albeit in their respective homes. “This gives us a chance to get closer to all our fans,” said Gopakumar.

There is hope for a silver lining amidst this abrupt termination of any public engagements of any kind. Deokuliar expects to see a bunch of disruptive ideas in the music and tech space, that will change the way the industry tends to work. He lists out online concerts, new kinds of music videos, unheard ways of being a record label and collaboration as some.

Despite working to start their offerings, Deokuliar said that he also took this time to take a break. “We’ve been on auto-pilot ever since we began and for the first time in years, we’ve been almost forced to take a step back, re-evaluate the past, understand what we did right, where we messed up, and what we want to do next – essentially get our priorities aligned,” he says.

Singh agrees, saying that the industry can be a non-stop freight train for those working inside it. While artists have off-seasons and take time to finish writing music, venues always remained open. “Everyone is spending quality time at home, catching up on sleep, movies, books and hopefully some exercise!” says Singh. “It’s the last leave for us for at least a year or two, so we’re making the most of it.”

As of now, nobody is sure of how this will play out. “It’s a long and scary road ahead,” says Singh. If there is one thing he can take comfort in, it’s that everyone even remotely associated with the Indian music scene is firmly along with him on this scary ride.