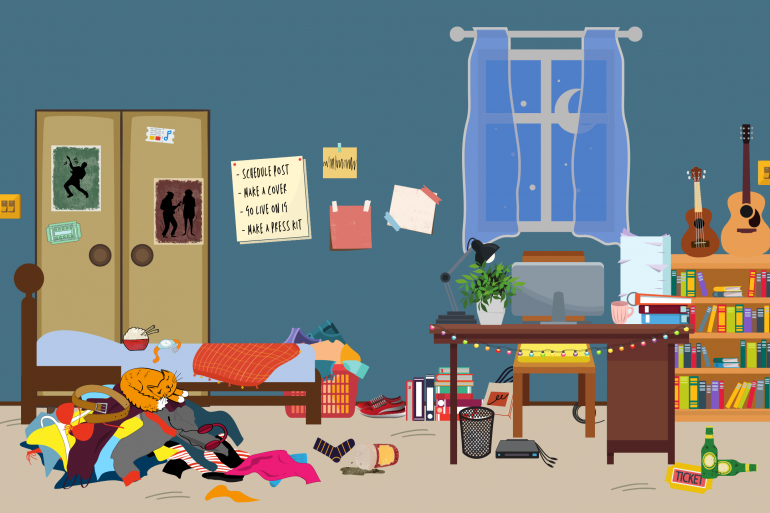 An endurance game: musicians on their approach to productivity in the new normal

Even as the country slowly re-opens, the independent music industry is one that continues to be fraught with uncertainty. There’s the unknown fate of live shows and the increased difficulty of making money as an indie artist. Yet, we also witnessed a surge of artists releasing under the lockdown. Seeing this spike in output, it would seem that the spectre of productivity looms large over musicians.

So, what does it mean to be a productive musician during a global pandemic?

A Humming Heart spoke to four musicians about their approach to productivity. They discussed how the pandemic put a damper on the momentum they worked hard to build in the months leading up to March.

Having just wrapped a five-city tour and performance at the Red Bull Spotlight competition, the pandemic left Bangalore-based rapper Aishan Vali blindsided. “The immediacy of my financial situation was heavy upon me,” he recalls.

Vali dropped his debut EP, The Eternal Song and Dance of the Nomad Heart, this past April. “Art helps us through difficult days, plus the quarantine meant people were finally slowing down and could listen more closely,” he says. A few tough months later, he overhauled his relationship with creativity using The Artist’s Way by Julia Cameron.

Across the country, battle rapper MC Kode aka Aditya Tiwari was busy perfecting his crowdfunded EP, Shashi, which released last month. During Lockdown 1.0, Tiwari would cycle from Delhi to Gurgaon to work on the mixes. Alongside this, he was a caregiver for his mother when nurses and physiotherapists could not make home visits.

For the 22-year old, 2020 was about self-actualizing: “I had been booking gigs independently without any management,” he says proudly. The lockdown hit in the middle of his countrywide tour promoting the EP. Spit Dope Inc., his events platform for underground rap battles, was in talks for an event with international battle rapping fixtures.

“We got into learning how to record ourselves at home, make demos and mix them to sound okay,” frontman and saxophonist Abhay Sharma reveals. They put out their latest single, ‘Locked Away’ earlier this month.

Across the pond, singer-songwriter Abhilasha Sinha was set to graduate from NYU and perform at American festival SXSW’s 2020 Showcase. “A lot of the opportunities I was looking at involved studio time, in-person meetings, tours and interviews,” she remembers. Last month, she unveiled a DIY-style music video for her single, ‘Honey Bee’.

The artists agreed that productivity wasn’t about doing more, but optimizing their musicianship. “Artists shouldn’t worry about churning out new songs right now, but taking their art to the next level,” opines MC Kode. However, he understands that this is a privilege. “Make an album a year if you want, but if it’s putting food on your table then you will have to up your game.”

Sharma is a bit more forgiving. “It’s disheartening to ask budding musicians to invest money they don’t have into a future they can’t see. I don’t blame anyone for not releasing music at this moment,” he adds.

Sinha admits that the pressure to be productive often breeds self-comparison. For her, productivity goes hand-in-hand with self-compassion. “Set bite-sized pieces of achievable goals, and don’t hate yourself when you can’t achieve them,” she says.

Vali notes that chasing productivity is antithetical to being creative. “Sure, ‘eustress’ can really help creativity, but the pressure we’re under is usually at ‘distress’ levels,” he quips.

For Sharma, the new normal has compounded the uncertainty inherent in choosing a creative profession like music. In the absence of robust mentorship and colleagues ditching music to pursue other professions, he says, “No matter how much you produce, it always feels less, and not good enough by international standards.” In a similar vein, MC Kode says that his productivity anxiety was overshadowed by his mental health issues. The others have turned to everything from meditation, gratitude, daily routines, and accountability partners to cope.

In a world where streaming and social media continue to transform music consumption, musicians have increasingly begun ditching the traditional album model, opting instead for a more frequent stream of singles or shorter EPs. The pandemic has exacerbated this, but some fear a compromise on quality.

Case in point, The Revisit Project. Isolation made them reconsider their two-album-a-year release schedule. Earlier planning to wrap their fourth album by November, they are now releasing singles, with the album on hold.

“Being visible is ideal, but what is more important is to make good music,” he says. “It’s an endurance game right now.”

This ‘endurance game’ can be seen in the overwhelming torrent of lockdown releases over the last six months or so. Even streaming giants like Spotify have signalled that they will push artists with more regular releases.

Apart from this, Vali mentions that regularly releasing is driven by a pursuit for new opportunities and work. “Regularly posting content increases our chances of landing some online gig or deal or commission or patrons.”

The outpouring of new material is also pushing today’s already swarming attention economy to its limits. As Abhilasha points out, “Every artist out there is putting out great content, so it’s harder to stay differentiated.”

Ultimately, artists associate productivity not just with output, but also with leveraging listeners’ attention constantly. Before the lockdown, most independent musicians’ primary source of income was gigs. In lieu of live performances, the pressure to entertain audiences is at an all-time high.

For Tiwari, his connection to fans, whom he considers family, was solid before the lockdown too. This isn’t surprising, given that they helped him raise over 1 lakh in only three weeks to crowdfund Shashi. “It’s something every artist should be doing regardless,” he states. As part of the crowdfunding effort, he rewarded donors with one-on-one Zoom calls and also, by frequently hosting listening parties and Instagram live sessions.

Sinha, who has a keen eye for upcoming trends in the music business, also began posting more covers and joint performances. “An online presence was always important, but now it’s absolutely necessary,” she says.

On the other hand, The Revisit Project took a month off social media to “write music and generally disappear”. Since the lockdown, they have been more active than ever online, showcasing fan covers, additional behind the scenes material, and creating even more avenues to discuss music appreciation and history.

While remote collaboration was “one of those things that had to be done” for the Delhi-based crew, Sinha welcomed the opportunity. “I’m singing with friends and fellow musicians more than I did when I was even in India.” She is currently helping create a music project management tool to simplify remote collaborations.

The transition to hosting events online also helped MC Kode tap into an online community. “It’s been dope to cater to those who genuinely want to push the culture.”

Ultimately, Sharma advises, “Don’t worry about making music right now, for it’s one of the worst times to do anything.” As these artists wade through the aftermath of the new world order, they remind us of the resilience of the independent scene.

“I think constraints create the most interesting art,” Sinha observes.

Vali agrees. “We’ll figure it out. Alchemy is our thing.”