A new beat generation is uploading the dance revolution online: Don’t sleep on it

First off, let’s debunk this once and for all: Electronic music has never been about a singular sound or style, or an exclusionary underground ethic. In India, anything non-Bollywood is underground, Somdev (making music under the moniker National Animal) tells me. And if it were up to him, he’d locate his music in the dance-pop/hip-hop crossover zone. For now, however, a bunch of local beatmakers like him are part of a resurgence in electronica—sampling a sound for the future that contemporary listeners have finally begun to reckon with.

With a sea shift in the currency of success, new-media-powered landscapes of touring and social buzz now matter more than record sales. It is definitely helping electronica get bigger and better, while a host of homegrown DIY producers pummel in the tour de force. Only, they are not playing at your nearest club, but silently uploading their beats and bets to SoundCloud, iTunes and Bandcamp, each of them with their own way of going about it.

Some like Lifafa prefer to retain the vestiges of a native nostalgic sound; others are not averse to embracing and appropriating the sounds of a faraway culture, with a flair that can only come from a self-taught, internet-raised generation.

Collectives like Jwala and agencies like KRUNK, as acting-record labels for an effervescent community of producers, are mapping the electronic landscape—encouraging cross-collaborations among their resident artists and releasing their beats on online. Delhi-based producer Rohan Sinha, aka Dolorblind, who has produced and composed a few tracks for Jwala’s compilations, about the collective shares an insight.

“The primary idea behind Jwala was to create an umbrella under which underground artists could share and promote their body of work. After I released my debut EP ‘Dolores’ in August last year, Palash and Brij (from Jwala) got in touch with me, and we met at a REProduce Listening Room session in Goa later. I joined as the eighth member of the collective in December.”

“I started making music at the age of 18 when I used to play around with various sounds until I discovered something I relate with. I try to build something that is more of a ‘discovery’ than just a plain electronic music project – a journey towards self-actualisation,” Rohan mused over a chat. This was something he picked up from a childhood spent on subreddits, Hypebeast, Odd Future Talk, Kanyetothe (and Photoshop). A teenage tryst with FL Studio and a remote friendship with another bedroom musician from Pakistan exposed Rohan to the fundamentals of music production. But the internet played an important role in all of this, from acting as a platform to offering peer review.

He also gushed about how the entire circuit has each other’s backs and welcomes newcomers with open calls to collaborate. This has given the electronic underground a more dynamic and experimental dimension, which thrives on stronger relationships, opening artists up to an uninhibited exchange of ideas and genres. “I don’t think my music, for instance, can be pinned down to a specific genre, but it is definitely influenced by hip-hop, electronic and post-rock,” mused Rohan, whose latest single is available on iTunes now.

Delhi-based producer Profound also strives to unify genres and cites hip-hop as a significant influence. With Earl Sweatshirt samples and a soundscape as complex as Nujabes’, Profound first made waves with layered, subliminal and lo-fi productions that comprised his debut EP Returning Rituals, following it up with the 2017 release fre$h. Available on Bandcamp under the banner of Knowmad Records, fre$h comprises seven tracks written, performed and produced with explicit overtures to the legendary producer J Dilla.

“It’s more of a beat tape. I literally just made beats. An EP is more well thought of, I feel. Every beat was made in one sitting. No tracks should be sat on, just finish them. I feel it was more about the method and the take on production that got fresh sounding like what it does because, for a rap beat, you need empty spaces to fill up with your flow. But I try that we don’t need words to understand what I create. So that the flow I subconsciously get is not tampered with by excessive thinking or too much planning. The beats are simple yet loud. Some of them are rude, but that’s how I feel. 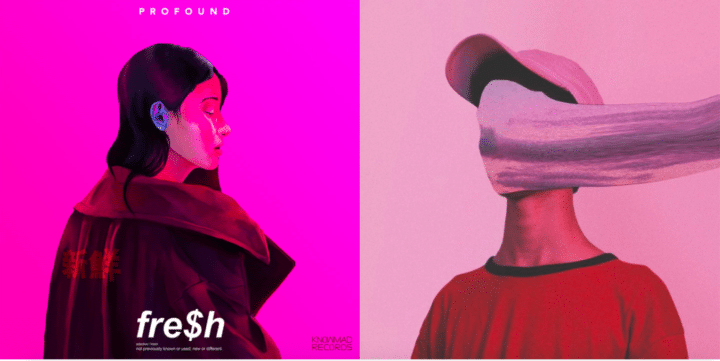 Hitting the sweet spot with his dreamy and enervating beats is Mumbai-based 17-year-old Veer Kowli who puts out music under the alias Chrms. Recently signed on by KRUNK which manages Madboy/Mink and Kumail, the teenager is ‘Indian electronica’s most promising new talent’ according to ELLE. The influence of his favourite artists Flume, Mura Masa, Joji and Kaytranada, who also started out as SoundCloud producers, manifests in his work. Inspired essentially by the chillwave and RnB groove, his recent collaborations feature the lilting vocals of young singer/songwriters Akacia, Zoya and Yourgirllacy. Age is just a number for Kowli, currently working on his 21-track long release slated to come out later this year.

Sharath Narayan aka Cosmic Attic, a member of Bengaluru-based alt-rock act Black Letters, mixes and produces beats, a journey he says began with a chase to sonically recreate and reconstruct a trip to Kodaikanal. He began making music with Ableton Live, trying to relive all the ideas, and had a bunch of songs ready in no time. Illustrator Noopur Choksi who designed the cover for Close Poles, suggested the sobriquet ‘Attic’ to go with ‘Cosmic.’ 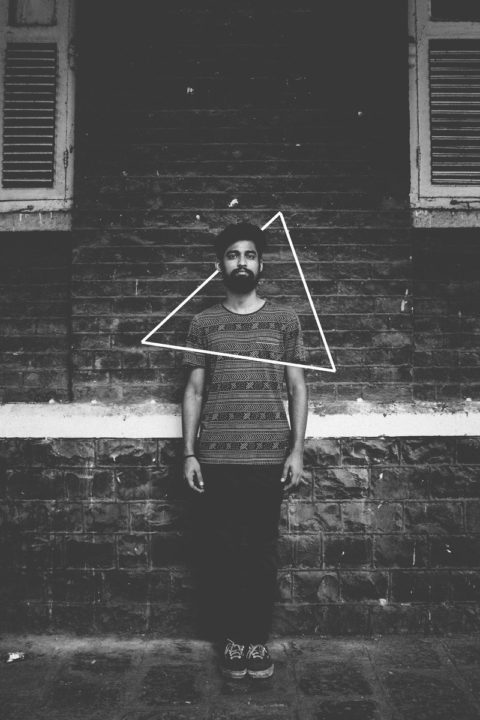 Drawing inspiration from nature which was an integral part of his formative years, Sharath also cited cinema and technology as major influences on his music. Not fond of labelling his “style”, he tries to imbibe from all of them instead, until each finds a unique rendition in his music. All these add up to create the lush, surreal landscape with layers of dreamy samples and drumbeat loops. Presently he is working on Black Letters’ third release, besides mixing and mastering Signal W’s, Sarang’s and Hari’s upcoming projects.

In Kolkata, a closely-knit community is emerging from the annals of erstwhile collectives and an amorphous digital atmosphere. 5volts (Varun Desai) moulds sound with technology in the analogue synth music tradition, borrowing heavily from Krautrock, ambient techno and the Berlin school of electronic music. Few others like Hybrid Protokol, National Animal and Plastic Parvati lean more towards weaving interesting lyrics and recognisable samples into experimental beats.

Over an email correspondence, Somdev Thakur revealed how National Animal came about with crucial help from the thriving art space around him and riding the sea of aesthetic and generic overlaps. Anand Viankara (Smooth Relax) who did the bass, drums and organs on ‘Fountain of Love‘, his sister Shrijata who lent her vocals to the song, and Jayant Manchanda who pushed for the samples of Bollywood villains on ‘Dongsteppa’ and ‘Ten Million Dollar Fight’ are among those who “helped me discover my sound, push my aesthetic boundaries, and most importantly, get into the habit of conscious listening,” Somdev said, forwarding another track he has worked on, this time as Park Circus, a name loaded with cultural and colloquial significance in Kolkata.

His music career began with Gravy Theory, followed by a brief hiatus from live performances. When he did stage a return, Somdev was desperate for a drummer whose wavelength matched his, a lack which he tried to fill by producing his own beats. He reiterates the role REProduce Listening Room sessions played in putting on DIY gigs, scouting for artists, giving new unconventional artists a platform, trying to break through to the smaller towns.

Repackaging and re-contextualising nostalgia, a sword that is double-edged for the typical Indian listener, was at the fore of his ongoing project স্মৃতিবেদনাতুর (nostalgic), which samples everything from Bangla rock to Bappi Lahiri classics. It was during a gig in Dhaka that he and Shoummo (Space Ghost) first discussed the possibility of channelling nostalgia into kitschy vaporwave.

“I think the biggest challenge for musicians/producers like us is musical puritanism/elitism. Stuff like “Oh he’s just a DJ; he just pushes buttons on stage” or “Oh, modern music is all trash”. I mean, come on, grow up, move on. Music is changing, and it’s necessary to accept and embrace the change and help it keep evolving. Being trapped in nostalgia is dangerous for the arts.”

The future, however, looks great for bedroom producers, says Somdev. “It’s the best time to be putting your music out and be heard, we have the internet. I think SoundCloud is great to give audiences access to your music. It’s not like people buy music anymore anyway. It’s playing live sets that pays. So, I don’t mind free streaming services like SoundCloud, in fact, it has helped me broaden my listener base.”