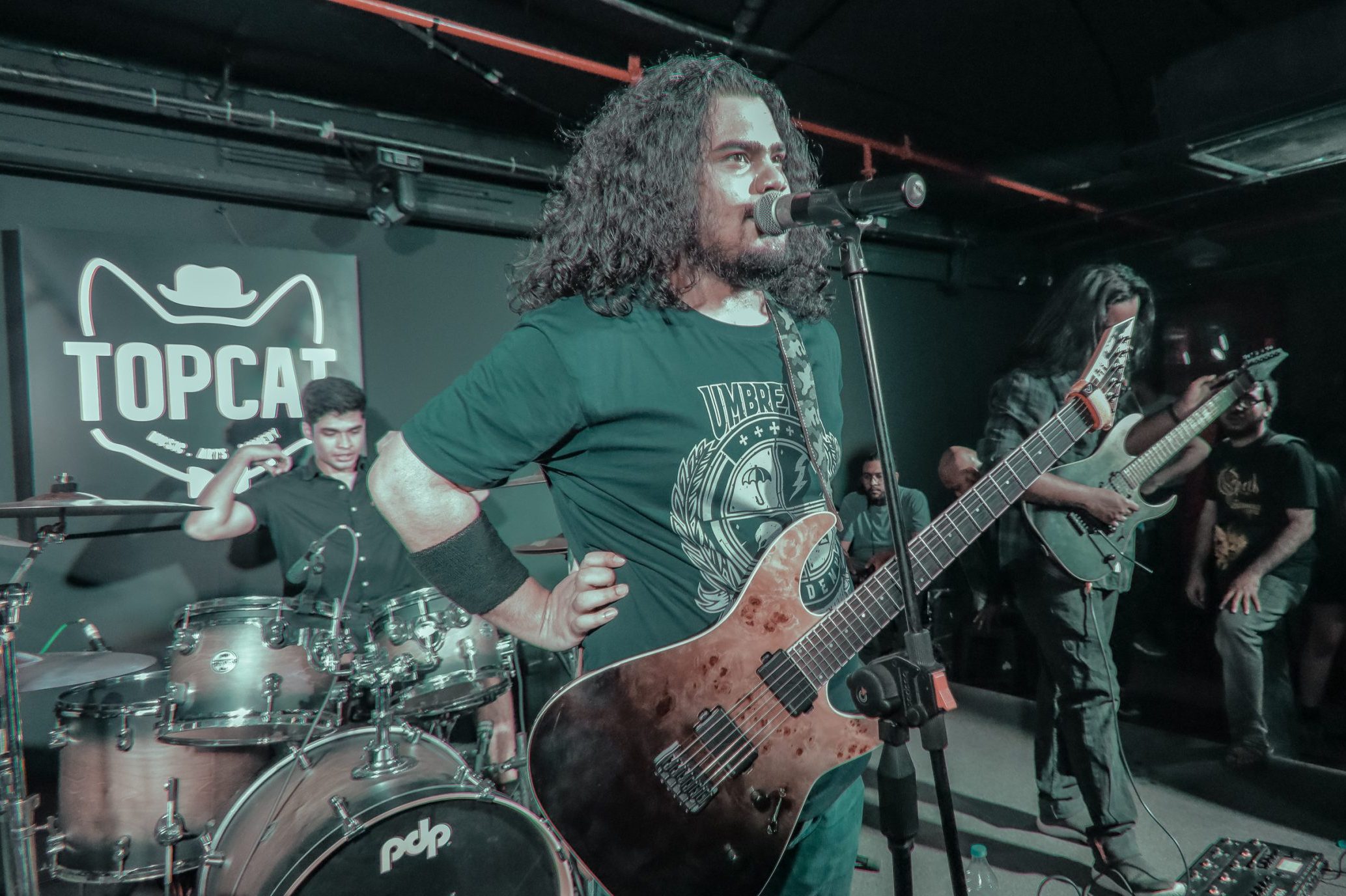 The metal community of Kolkata has always been a step ahead when it comes to pushing forward the city’s local music scene to the front-lines. From arranging gigs to creating platforms for artists to showcase their music, they have done it all.

Anirban Bhowmick, one such enthusiastic musician (currently the drummer of brutal death-metal band Survival Through Sufferings) from the city started The Abomination metal fest back in 2014, with a few other equally ardent metalheads.

“If I am being honest, we were kids back then and nobody would give us slots, so we started our own gig,” said Somsubhro Acharjee, a member of the organizing committee and the vocalist of Survival Through Sufferings and FACEBROKE.

“We are giving a platform to 15 bands who are able to share the same stage for 2 days. And I think it’s one of the biggest metal festivals Kolkata has ever seen. And no one will be sitting at their homes – every metalhead will be at The Abomination this Saturday and Sunday,” Sayan Palit, the guitarist of Survival Through Sufferings and a crew member, chimed in confidently.

The Abomination Chapter VII held from March 5 to March 6, saw bands, old and new, raise hell for two days straight at TopCat CCU. Arranging a two-day metal festival of this stature hadn’t been easy, especially in the midst of a global pandemic. However, the organizers didn’t seem to face any major challenges while setting this gig up, apart from a few trivial inconveniences.

“There were challenges, like when we had to postpone the event due to the pandemic. But it’s better in a way because the bands got more time to rehearse. So, it’s good and bad both,” explained Acharjee. The gig was initially supposed to happen around the first week of January but had to be postponed due to the third wave of COVID-19.

In the late afternoon of both the days, people thronged in front of the venue gate, brimming with excitement and chattering away among themselves, waiting patiently for the gates to open. TopCat probably saw the biggest crowd it had in years, making it a full-house gig.

The second day of the gig saw prog-metal acts like Universe In a Crayon and 13 TH NOTION captivate the audience with their melodic guitar solos and heavy riffs. Metal-inspired bands like Vulgustrike, Abhishek Dasgupta Project ADG and Tomb of Lucifer compelled the audience to headbang and mosh hard with their punchy numbers. Thrash-metal band DREADHAMMER performed a special set as a tribute to the Gods of heavy metal by covering bands like Sodom, Judas Priest and Black Sabbath and rap-metal act FACEBROKE brought in a new electronic and hip-hop-inspired metal sound to their set.

“This is the first time we are playing this gig. We were really excited, and we’re glad that so many people came and appreciated our music. We’re looking forward to more gigs,” exclaimed vocalist Wazeer Wohra from Vulgustrike, who played a hard-hitting debut set at The Abomination Chapter VII.

However, The Brutal Void had a few complaints regarding the venue’s overall sound production aspect. “It could’ve been a better gig,” they said. “Because of some sound issues, we had a little trouble inside. The monitors were not that audible, so that’s why we played pretty much out of our intuition. Which is okay because it was a good test for us. Otherwise, people were enjoying a lot, we could see,” they added.

Vocalist Abhishek Dasgupta from Abhishek Dasgupta Project ADG had a few words of inspiration at the end of their set. “The gig was really amazing. Kolkata is becoming the best place for metal and rock gigs and this is just the beginning,” he said.