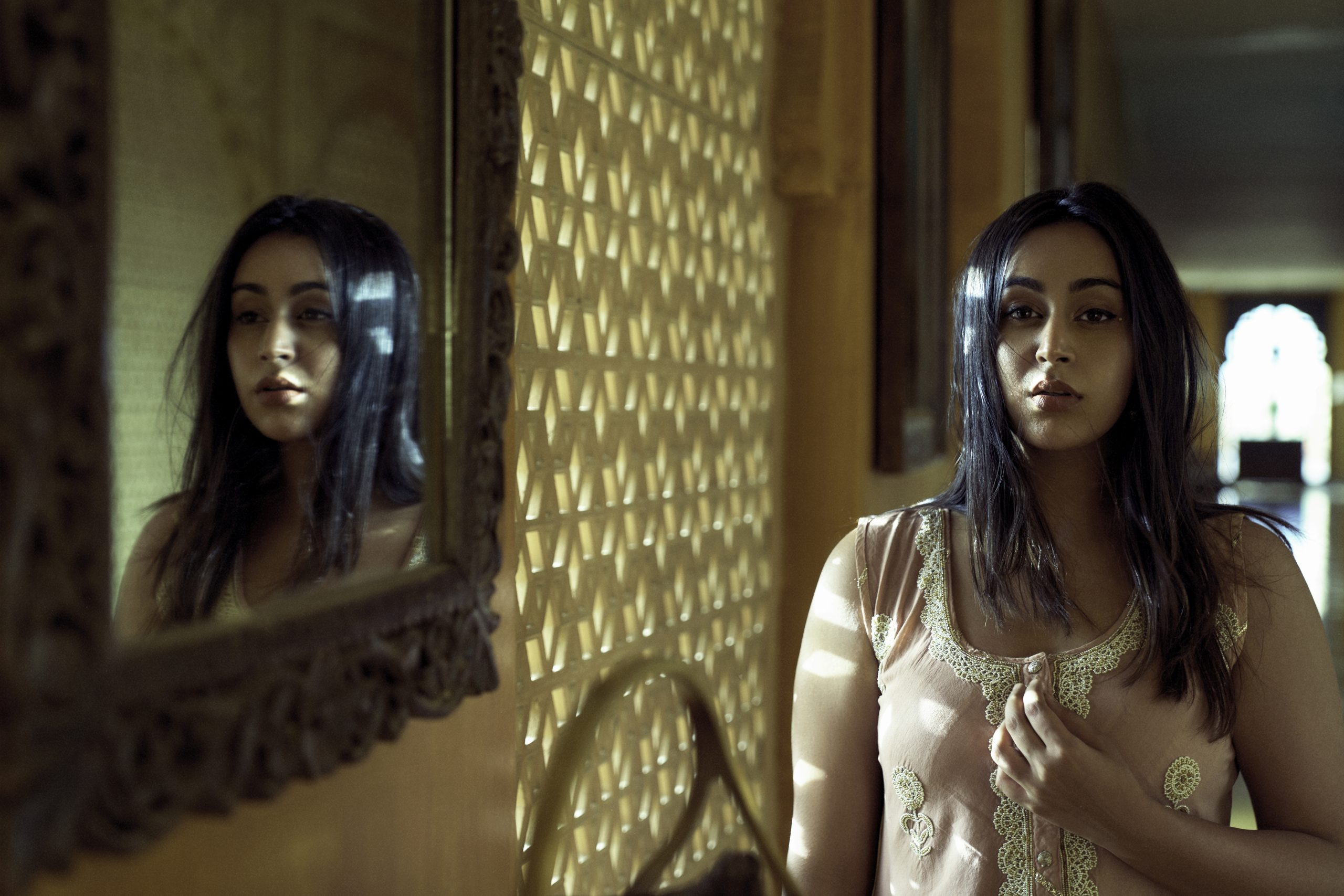 It’s looking good for singer-songwriter Kamakshi Khanna, with her 2021 single ‘Duur’ being featured on Netflix’s The Fame Game, starring Madhuri Dixit. Interestingly, the track was actually born in early 2017, when Kamakshi first penned down the lyrics and structure together with Urdu poet Sameer Rahat. She reached out to music producer Kabeer Kathpalia aka OAFF during the lockdown, at a point in the creative process where the vision seemed blurry. Even though the piece was sat on for quite some time, it wouldn’t have been the same without the wait. OAFF’s production breathed immense, fresh atmospheres into the already haunting vocal arrangements of Kamakshi’s ‘Duur’, turning it into the cinematic wonder that it is today.

“Since she had been working on it for so long, I thought it needed a new perspective on the whole thing,” says Kabeer. “‘Duur’ was never created with the sole intention of being in a motion picture soundtrack”, says Kamakshi. “It just so happened that the essence of the track matches perfectly with the theme of the film.”

‘Duur’ is Kamakshi’s first self-written single that’s been aired on a Netflix show. However, this isn’t the first time that her voice has been heard on the platform. In 2019, she lent her voice to a song, ‘Tere Jaisa’, which featured in the TVF produced show Kota Factory. A very unusual and recent collaboration of hers with Parekh & Singh features lullaby-like, dreamy themes on ‘Chhan Chhan Chhan’, which was created for the series Kaun Banegi Shikarwati.

Over the last few years, fuelled by pandemic, the rate of collaboration among independent musicians has spiked up generously. Kamakshi reasons that one of its many benefits is the scope for experimentation, which increases drastically in such a setting. “Asking for help when you need it can really help you push the boundaries and challenge what you already know as an artist,” she says. She admits that ‘Duur’ is the most experimental track that she’s worked on till date, which isn’t an overstatement. The immersive single is built on a bundle of uncommon arrangements that aren’t an everyday occurrence in any genre of music. It’s quite tough to categorize the song based on it’s sound and this only adds to its mystique.

Apart from broadened horizons in terms of mainstream sound, the Bollywood industry is also seeing a gradual shift in landscape for the way music is used in films. The pandemic played a huge role in making this happen, facilitating the use of OTT platforms over cinema theaters for the general masses. Streaming services like Spotify have also seen a drastic rise in its usage over the virus outbreak, making it easier than ever before to discover new music. These reasons have changed the context in which young Bollywood directors approach film music, painting a process that is at a new, well-deserved advantage to indie musicians.

Kamakshi expresses her joy at mainstream cinema opening up to independent music, “Gehraiyaan has been a huge moment for the entire community of indie music, because we saw someone compose the entire score for an incredibly mainstream Bollywood movie from scratch. It was a very positive and promising thing for all of us to see. It’s all really special.”

Currently listening to Coke Studio’s new season on repeat, Kamakshi shares what’s next. An upcoming release is set for March of this year, which is another exciting audiovisual collaboration with her favourite singer-songwriter (she stays mum about who!) to look out for. Just like ‘Chhan Chhan Chhan’ and ‘Duur’, there will continue to be various announcements for OTT platforms that Kamakshi will be making going forward. If we were to observe the patterns, it’s safe to say that exciting futures lie at the intersection of Bollywood and indie music; and here’s to hoping it’s not an overestimation!