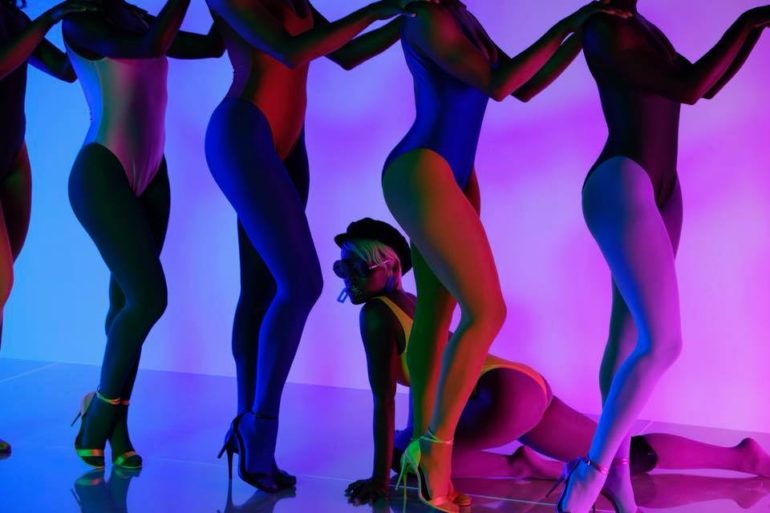 Janelle Monáe – Powerful with a little bit of tender

In early 2018, every screening of Marvel’s latest and possibly best film thus far, Black Panther was prefaced by an exciting new trailer announcing the launch of a new album Dirty Computer by half human, complete android, Janelle Monáe. The album and its knowledge at present consist of two songs, a theatrical trailer and countless reviews. Everyone is discussing what potential effects of her dizzying talent will define the third full-length album from time traveller Monáe. Among other speculations, the easier and more obvious is that the album promises to be as present and thoughtfully provocative as her previous works, with a glimpse into the inner works of a modern performer and outspoken activist.

The album teaser lays out initial clues by highlighting the undertones that have collectively gone into launching the project, five years after her last album, Electric Lady. In a dystopic montage showing Monáe and actor Tessa Thomspon, the viewer hears a sequence of hauntingly orchestrated words, “They drained us of our dirt and all the things that made us special. And then you were lost, sleeping and you didn’t remember anything at all.”

Watch the video of ‘Django Jane’ and it’s clear how Dirty Computer is well situated in Monáe’s call for women’s rights and her strong support for a multitude of causes from gender equality and black lives to LGBTQ solidarity. This song’s video and her message is powerful in a subtle style she has perfected in the many roles she has sought to empower her artistry with, from musical anthems to acting in Academy recognised films Moonlight and Hidden Figures.

Wrapped in the armour of her confidence and faith, ‘Django Jane’ calls out the oppressors and the misogynists, and hits the mute button for a vagina monologue. The singer is consistent in her call for a pussy diet because in 2017 she openly wondered if women ought to abstain from sex until gender equality wasn’t an aberration from the norm. In becoming a publicly unhidden figure, she doesn’t restrict herself by relating to the collective dreams of a bigger community. There is a touch of the young girl who left Kansas City where “Momma was a G, she was cleaning hotels. Poppa was a driver, I was working retail” that makes this single deeply personal. As the video unfolds, the only option is to look forward, a motto she has polished and delivered with confirmed excellence.

For an artist who now has six Grammy nominations, some years ago, it would indeed have been difficult to predict a precise trajectory of Monáe’s career – a journey that started from her hometown in Kansas City and led to NYC and Georgia. It is in Georgia where she founded Wondaland Arts Society in the early 2000s to encourage other young artists of similar passion and flavour. And while the tuxedo-wearing statement of a young woman quietly harmonising with Fun’s Nate Ruess might have been easy to overlook in ‘We Are Young’, her choices, in her career and wardrobe have been as deliberate as symbolic.

With a momentous collaboration with Epic Records in 2015, her enterprise was renamed Wondaland Records and gave to the world The Eephus. The EP featured works by Janelle Monáe, Jidenna, Roman GianArthur, Deep Cotton, St. Beauty and Kendrick Lamar (on a remix of ‘Classic Man’). 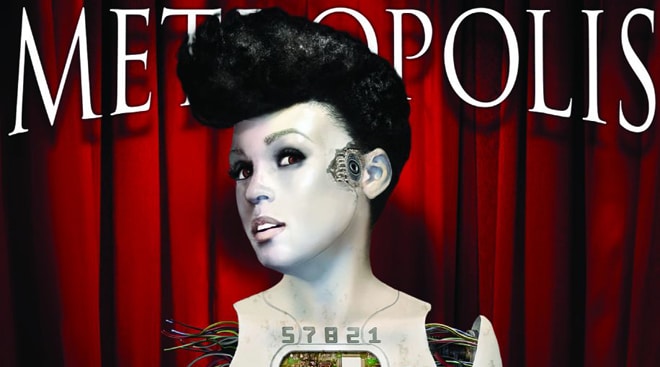 If her signature tuxedo is representative of the working class that Monáe wants to pay tribute to through her work, her art is another form of her content, built on strong conceptual themes the clues to which are scattered across her debut works. After she had introduced the world to her first EP The Audition in 2003, her imagination was extended to her debut album Metropolis: Suite I (The Chase). This is where she epitomised Afrofuturism as her chosen form of expression, a conceptual amalgamation of African-American sci-fi, psychedelia, hip-hop and jazz as a philosophy for the future.

Her alter-ego, Cindi the android, was an intriguing addition to this world from the future where humans and technology had created another class hierarchy and worlds existed in divided communal fractions. Cindi was meant to become symbolic of ‘the other’, and through a techno-human saga Monáe performed ballads of equality and a greater good. By the time her second album Electric Lady was released, her art began to intersect explicitly with her public image. While Q.U.E.E.N remains a teasing Q&A between the ‘notorious leader’ Janelle Monáe and Erykah Badu, the intersectionality of her anthem is at the heart of dialogues between African American women, by evoking messages of and for the queer community (Q), the untouchables (U), the emigrants (E) and excommunicated (E) and the negroid (N).

What’s delightful about almost all her works is how she layers her ideas into a functional piece that can entertain and engage, without demanding emotional labour from the uninterested and becoming too dense to comprehend. While Cindi remains her chosen avatar, in the hit track ‘Yoga’ from the Eephus, Monáe and Jidenna sway to a more mainstream composition that celebrates women and their desires with a fun hip-hop sound, but one that doesn’t contain brainwashed lyrics.

The singer and rapper has drawn inspiration across generations of creativity, from Claude Debussy and Hitchcock to her mentors, the “free motherfuckers”, David Bowie and Prince whose freedom is almost a spiritual call. Her metaphors are carefully chosen and among her musical influences, Dorothy Gale, the girl from the city of Oz is an unsurprising model when one considers the stories that her songs seek to build and are based on.

Fiction has long speculated if Dorothy marries her friend and companion Princess Ozma to become a princess, just as fans and critics have wondered out loud at Monaé’s unwillingness to discuss her sexuality. And here again, the artist doesn’t disappoint in celebrating sexual freedom while keeping the enigma behind her personal life alive. In her second single ‘Make Me Feel’ from Dirty Computer, the singer is seen sashaying between a man and woman, both beholding with unequivocal power her emotional, sexual bender.

The synth on this track allegedly was given posthumously by Prince, who was working with the artist on “collecting sounds” for her new project before his unexpected death in 2016. On one level the single is riveting, racy and liberating and on another, it’s the artist living up to her self-defined image as a champion for women, through a persona that’s “so good, so good, so fuckin real”. Once again Monaé borrows freely the colours of historically decadal funk to recreate a feminist dream for a well-imagined future.

Monáe’s music is easy yet suggestive and nothing short of inspiring a movement in popular culture for social reform. Nobody has made this clearer than the artist herself. She comes in peace, but means business.

Hello reader, we have a small request to make. As you may have noticed, we have completely revamped the website to offer you a seamless experience in your journey to discover new music. We are not running ads for now but may do so in the future in a non-intrusive manner.

It takes a lot of time, money and hard work to pursue any kind of journalism. If you like what we do, consider contributing to our efforts.