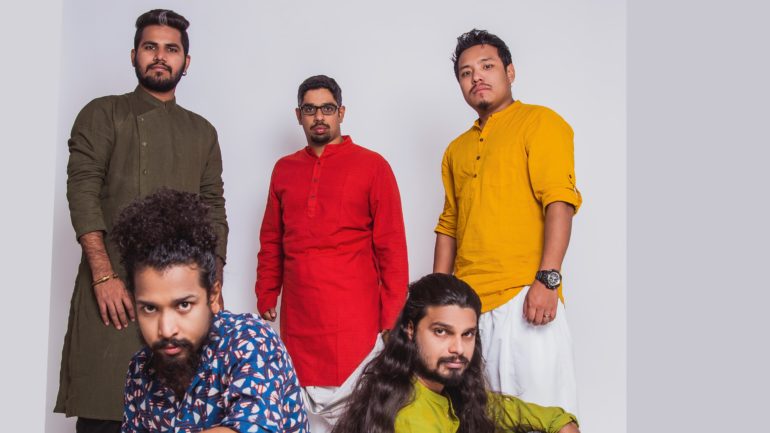 What if Kabir Was One of Us?

The quality of Neeraj Arya’s Kabir Café music has the power to leave anyone spellbound by its originality, depth and versatility. It’s possibly one of the most fascinating forms in which Kabir’s dohas (couplets) have been retold to a present-day audience. So, why Kabir? They say that it was Kabir who heralded the modern form of using poetry to develop a collective consciousness, which is the reason why he is loved and accepted by every section of society for the past 600 years. “In the 21st century, with technology connecting every corner of the world, most parts of it are used to spread a divisive culture, where increasingly each section feels ‘more privileged’ than the other,” they say. It was this that made them feel the need for a fresh infusion of Kabir to keep everyone together, and to respect and cherish life in all its glory, with the understanding that whatever we are, or whatever we own is temporary. “We can’t take anything with us, but we can leave behind a legacy,” they illuminate.

Needless to say, it requires a huge creative process to perform a 15th-century mystic’s traditional verses into contemporary forms such as pop, reggae, rock, folk fusion and Carnatic. According to them, just like Kabir is not bound by religion, nationality or an identity, his verses too are unbounded by genres. The band says that they first work on the folk fabric, largely from the works of their Guru Padmashree Prahlad Tipaniya. “Once all of us internalise it, our individual styles take over and the song takes a whole new form,” they elucidate. Some of their personal favourite tracks of the ones they have created include ‘Tu ka Tu’, a rendition that questions every single human made divide even while all of us are the same and ‘Kabir Rock Amritwani’, a heavy progressive rock influenced track with a compilation of Kabir’s most popular dohas. “This is a tribute to the original rockstar Kabir who had the guts to speak the truth and the wisdom to hold people together while doing so,” they add.

The band just returned from the recently concluded Pushkar International fair. This was the fourth time they have performed at the festival—an experience they describe as always humbling even though it is magical each time. “From the scenic beauty of the city and the mystical winters of Rajasthan, to a diverse audience—an eclectic mix of locals and tourists from across the world—is a setting we most enjoy,” they elaborate. While there’s lots more in store for their fans in terms of fresh songs, the band is also trying to innovate their live performances. Recently, they put together a production that featured live dancers and elements of theatre woven into the narrative of their music. Currently, they are in the process of fine-tuning this and taking this production on tour.

Some of their other recent and upcoming shows include the Mahindra Kabira Festival, The Great Northeastern Momo Fest in Guwahati, an awards show for a television channel and various performances at corporate shows, weddings and private gatherings in between. Apart from that, the group will also be a part of a lecture-demonstration by scholar and historian Sadhana Rao, who will be discussing their unique genre of work that performs and celebrates Kabir’s songs and verses. “Kabir has been very kind. In the last six years, we must have performed over 900 concerts across 12 countries. Life on the road is what makes us do what we do,” they conclude.