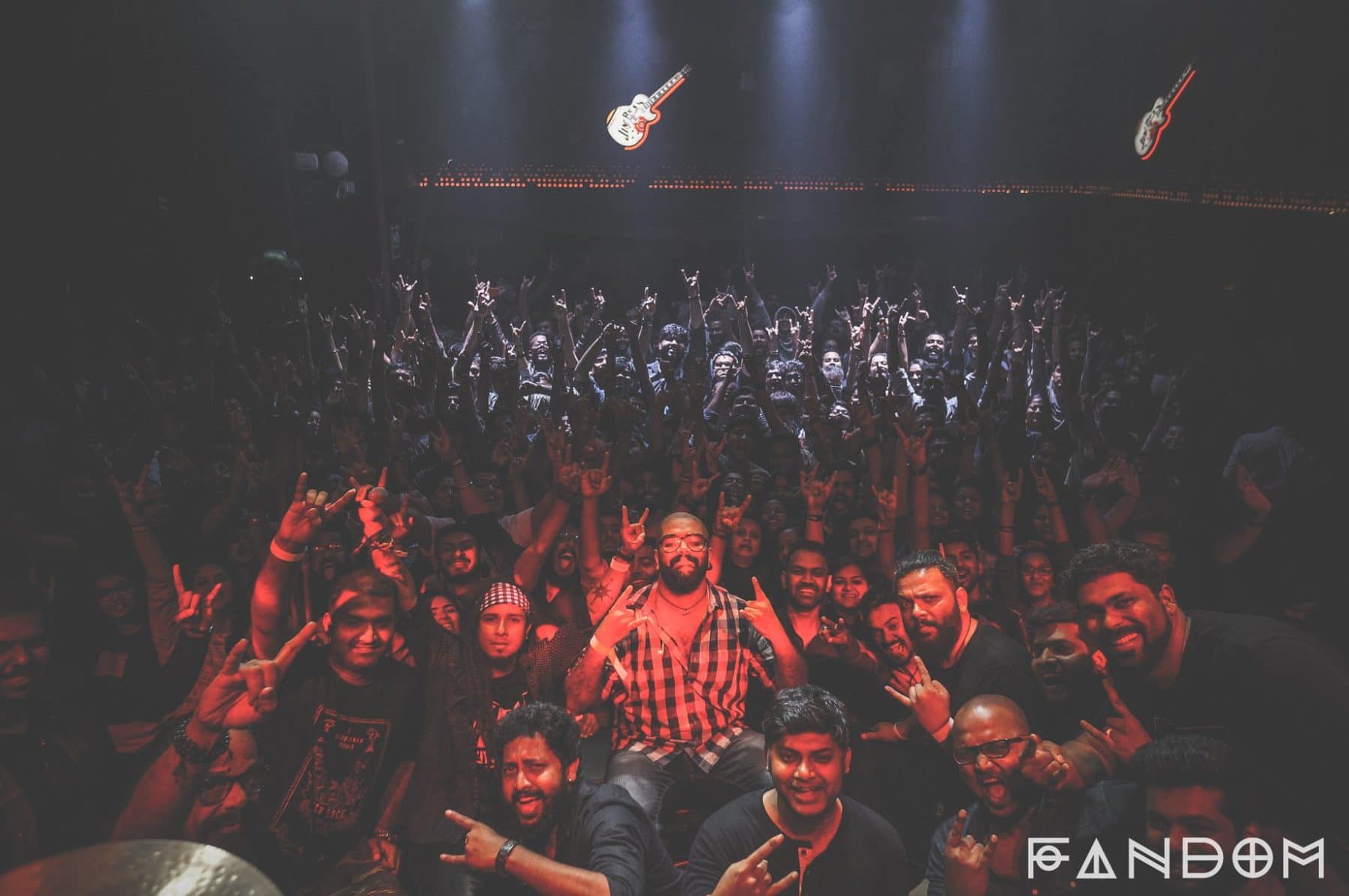 When ‘Kaadhale Kaadhale’ played as the caller tune at the other end, the cue was instant and befitting. Thaikkudam Bridge violinist-vocalist and composer Govind (Menon) Vasantha made it easy setting the context for the phone chat. “I was the first person to set this caller tune,” he beams as instant, humorous response to the inevitable comment on the caller tune. The ice-breaker was enough to ease into an engaging conversation with its composer on music, film choices, and one of the year’s biggest soundtracks, ’96.

For the rare uninitiated, the song sets the tone for the next few minutes of reading.

A small clip of ‘Kaadhale Kaadhale’ playing in the teaser of ’96 was but heralding its success. “I got a lot of calls soon after the teaser. Think Music made the final push. They requested me to make a song out of the teaser clip,” Govind acknowledges the anecdote now popular on social media platforms. The movie thoughtfully retains this version by Chinmayi; a feat of its own to have the same voice dub and sing for Janu (one of the two protagonists) seamlessly letting the soundtrack be an integral part of the narrative.

The eight-song soundtrack of ’96 is very coherent, all cut from the same piece of cloth, except perhaps ‘Anthaathi’. This is interesting because ‘Anthaathi’ is the song that is closer home, i.e. Thaikkudam Bridge. The arrangement, the sounds, the voices and the mix resonate more with the band front-man than with the film composer. “Anthaathi’ is on the phenomenon that is love and not lovers or the pair Ram-Janu. I wanted to use a big choir for the larger-than-life-experience the song is about. It has soft, aggressive, Carnatic elements all at once. I wanted it to hold multiple emotions like love itself, including hatred,” adds Govind.

‘Anthaathi’ also has an oddly mysterious quality to it thanks to actor Nassar’s recital at the end. “It was (director) Prem anna‘s idea to use his voice,” clarifies Govind. “The inspiration came from Michael Jackson’s History. It has chattering sounds and audio clips after the song ends. That was the original idea. But then the director and I came up with the idea of using a poem instead in the end.” Symmetrically, Govind leverages the aged voice of Kalyani Menon for a version of ‘Kaadhale’. “No, we never had the future of the characters’ lives in the script. The song is very philosophical. It sounds more authentic when an experienced person sings it,” Govind puts it beautifully. And shares a trivia, “My first choice was S Janaki ma’am, but she had stopped singing for films when we approached.” Now, that is our misfortune.

What is most striking about the quality of ’96 OST is that it is very thematic, blending so well with the background. The songs become soundtrack to the lives of the film’s characters. It has reinforced utility value in embracing musicals and soundtracks that drive the narrative. In fact, Govind has been consciously producing such thematic soundtracks of late. A sense of distilled sadness pervades his recent soundtracks. Take the less-heard Humans of Someone, for example.

The OST of Humans of Someone came out last year, but the movie is yet to. Govind has produced/arranged most of the soundtrack. The film carries tributes to yesteryear Malayalam movies and (Ilaiyaraaja) songs. He does feel a bit disappointed about the lack of response to the soundtrack but he says, “The movie will be releasing next year, though not a wide theatrical release.” He has also composed a similar thematic, albeit short, soundtrack for the recent Tamil film Asuravadham.

Govind gives some insight into these conscious choices. “I listen to a lot of instrumental music. Gustavo Santaolalla is one of my favourite composers. The Motorcycle Diaries has stayed with me. It has no proper melody; it is an experience. Everything is easy today — you want to hear a song in two-three minutes. We don’t care for twenty- or thirty-minute songs. I love to compose lengthy songs. I don’t want to rush.”

‘Vasantha Kaalangal’ has one minute intro. It communicates loneliness. I didn’t expect people to listen to it, let alone love. But it is my favorite song.”

The soundscape of ’96 is much more than the songs. The exquisitely-sung Ilaiyaraaja (and S Janaki) numbers, for instance. The background score of the movie is equally well done, predominantly with flute and violin. The score was released recently, leaving the Ilaiyaraaja songs out. “I’ve given the audio tracks of Raaja songs that you hear in the movie. Think Music is planning to release it. Hopefully soon,” assures Govind. On flute being a leitmotif in the movie, he says, “The sound is just nostalgia. I wanted to try the Violin or the Flute, which are very expressive, and closest to conveying human emotions. After human voice, of course. I use Violin more for the dramatic scenes. So, Flute was the choice for the dwelling, meditative, portions.”

Govind has a number of exciting films lined up. The long-due Oru Pakka Kathai is gearing up for a Netflix release, after multiple challenges it faced with the Censor board on the climax portion. He considers the movie very special, not because it is his debut Tamil film as a composer, but because of its director Balaji Tharaneetharan and the unique storytelling. He has teamed up with the same director again for the upcoming Vijay Sethupathi starrer Seethakathi, slated for December release. This will also be Govind’s next release (songs are expected this month). Coming on the heels of the superhit ’96, the buzz around this soundtrack is palpable. The single Ayya, sung by Vijay Prakash, is already out and well-received. “I’m very much looking forward to the audio release. The rest of the songs will be different from Ayya, and further from ’96 too.”

Govind has composed a theme for the Malayalam-Hindi bilingual Moothon, which also has Sneha Khanwalkar on board as a composer; but he is in the dark for over two years now on its progress. Following Seethakathi, he has Uriyadi 2,  a Madras Talkies film that is co-written by Mani Ratnam, a 2D entertainment Jyothika starrer and a Siddharth starrer. “I am currently not looking to compose in Malayalam, except perhaps small-budget or indie ones. I personally love to work in Tamil, which is why I moved to Chennai. Even for Malayalam songs, I compose with Tamil lyrics and gibberish,” says the composer.

On the Thaikkudam Bridge front, Govind and band have been working on their second album Namah for almost two years. “We are planning to release the album early 2019. We have roped in a big artist. Let the name be a surprise,” closes Govind on a cliffhanger.