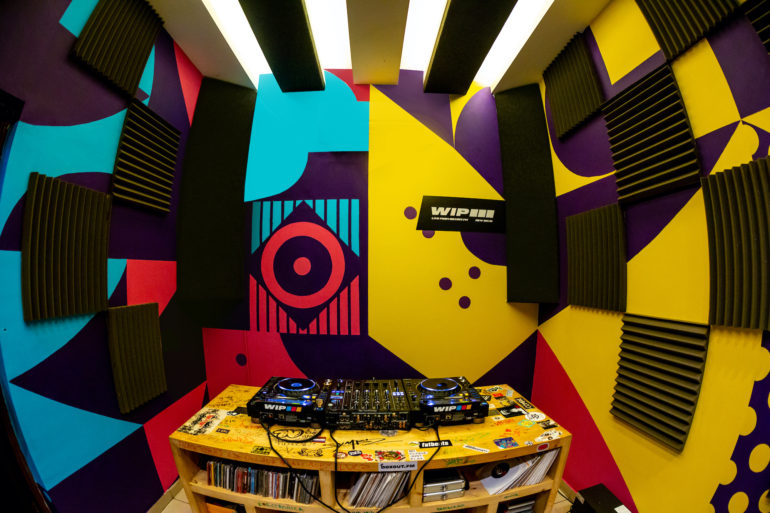 Uploading the frequency: In conversation with Boxout.fm co-founder DJ MoCity

When it comes to music consumption in India, all trends point to a culture of painfully limited exploration, owing largely to a lack of initiative and imagination on the part of traditional distribution channels.

Take the radio for example. Despite being a permanent fixture in our local histories, the medium has eminently failed to evolve and meet the expanding needs of music lovers. Today, there are over 200 indistinguishable radio stations churning out Bollywood or Billboard hits but none that promote independent music, thereby stunting its accessibility and potential to be a part of popular culture.

Committed to showcasing sounds from the burgeoning alternative music scene, community radio Boxout.fm completed three eventful years this April. “We launched the station to address the lack of a healthy independent music ecosystem,” says co-founder Mohammed Abood (aka DJ MoCity). Along with chief content officer Sahej Bakshi (of Dualist Inquiry) and a group of like-minded artists, producers and promoters, Boxout has carved out a venerable place for itself among the growing network of community broadcasters across Asia. Not only are they helping underground talent meet new global audiences, but they are also infusing Indian radio with a much-needed novelty.

Shaking up the shortwave

Like so many of its western counterparts, Boxout is homegrown in a basement studio in Delhi’s Gulmohar Park. But ‘humble beginnings’ isn’t something you’d associate with Boxout.

Bringing a wealth of experience (in independent broadcasting, record label and event management, and founding the Reggae Rajahs), Abood who has spent seminal years of his life in Baghdad, Belgrade and Dubai, returned to India in 2016 to find an indie landscape brimming with new possibilities. It didn’t surprise him, however, that the lack of support for independent music and artists still persisted.

Global radio doyens DubLab, NTS and Seoul Community Radio offered kindling when the website was but a blueprint and the founders were just getting a hang of the technicalities of programming. In April 2017, the station began by transmitting 4-6 hours of daily live shows hosted by various DJs and MCs before expanding that schedule to 10-12 hours of original programming, that were then archived and made available on Mixcloud, Bakshi recounts in an early interview.

“The first day of our second year, we began broadcasting 24/7 and that is what really also makes us stand out from the rest,” adds Abood. Four years into operation, Boxout has turned into the ‘go-to performance space’ for alternative artists who continue to struggle against the grain of commercial music. It has listeners in over 170 countries across the world and 70-odd shows on air hosted by an enviable repertoire of local and international artists.

Alongside Abood’s award-winning 164-episode-strong Motellacast podcast, Boxout guns for anachronism and diversity through shows like Minority Report (led by Azadi Records co-founder Uday Kapur), Dubplates & 45’s (hosted weekly by Delhi Sultanate), Two Chick Peas in a Podcast (hosted by UK-based sisters Nikita and Natasha Beghi), So Long, My Saviour (by Rounak Maiti), Lushthetics (by Coven Code resident Lush Lata), and a number of shows promoted by music publications, labels and collectives (Pagal Haina, Wild City, The S24 Cru, to name a few). The station has also become a pitstop for all touring artists, besides global beatmakers – from Glasgow to Colombo – coming on-air every now and then.

Curation of a radio show might sound formulaic but it is anything but. In four years, the process has undergone a sea-change, Abood notes. “Initially we had a mood board of sounds and the kind of radio shows and podcasts we wanted to host. The biggest challenge was to get the new radio hosts to present their show radio style and not as a DJ mix. This is crucial to keep the listeners engaged and also to educate people and build a personal connection with them.”

Beyond that, artists are encouraged to do their own thing.  “Online radio is a tricky world, more so in India since there are no set permits or licenses in place. It’s difficult to monetise this. Some hosts have been able to create their own ecosystem within the show, like setting up a label, monthly club night or Independent PR…whatever allows them to keep on doing what they want to do.”

“At the back of our minds, we’ve always wanted to create a cohesive archive of music from India to the world,” Abood says. On that note, the Boxout mobile app launched earlier this summer, taking the archival nature of their project up a notch. With shows and mixes catering to all moods and genres, the application now stands as the one-stop guide to Indian independent music while also serving cutting-edge electronica from across the world.

Over the years, the station has also steadily increased its presence in the festival circuit. At the first edition of NeonEast Festival last year, boxout.fm tended a pop-up radio booth. “It was pretty clear that we had to be present at offline events, to showcase what we do live from festivals such as NH7 Weekender, Magnetic Fields, Goa Sunsplash and BUDx. This really helped us build a human connection with festival-goers. When they visit the booth and see the ON-AIR sign, they are always so amused by the idea of Internet radio.”

Collaborations are the Boxout community’s lifeblood, be it with Boiler Room, or hosting offline shows like Boxout Social (live from co-working space Social) and Boxout Wednesdays (led by resident artists from Delhi’s Summerhouse Cafe – the station’s primary source of revenue).

This model, however, has suffered a bit of a setback due to the pandemic, necessitating a shift towards greater sustainability and reduced dependence on events. Besides suspending the website and switching almost entirely to the mobile app, Boxout now actively dabbles in representation, release and promotion of original music under the label, boxout.fm Recordings.

On the flipside, radio has once again emerged as a force to support creative communities worldwide during the lockdown. Community radios like Boxout are holding together underground music scenes, providing a space for curators to keep introducing new music to listeners who can’t go to the club.

Pirate radio’s legacy of speaking truth to power isn’t lost on Abood. Even if Boxout as a station tends to steer clear of explicit political stances, hosts are encouraged to “raise their voices and amplify these stories on the platform” a case in point being the radical content which packs Delhi Sultanate’s show.

As the bonafide face of Indian counter-radio, Boxout wants to play a more decisive role in reinventing one of the oldest mass media. “We want to play a role in supporting and expanding the horizon of radio in India, we don’t want to be in the shadows,” Abood gripes. “Even though we are a fully operational radio station, we don’t get treated like one because the concept of radio for independent music, or online radio for that matter, is still alien. However, with the rising popularity of [London-based NTS and other online stations across the world, people are gradually warming up to the idea.”

Besides the programmatic deficiencies of the Indian radio landscape, the cost of a new FM license is close to Rs 50,000 crore to boot, a design that restricts entry of new players. “It should feel normal to want to listen to radio and perhaps even work at a radio station or have your own radio show,” Abood adds. “At the end of the day, we are a platform for people who need their voices heard – it just so happens that music is within the DNA of our story telling.”