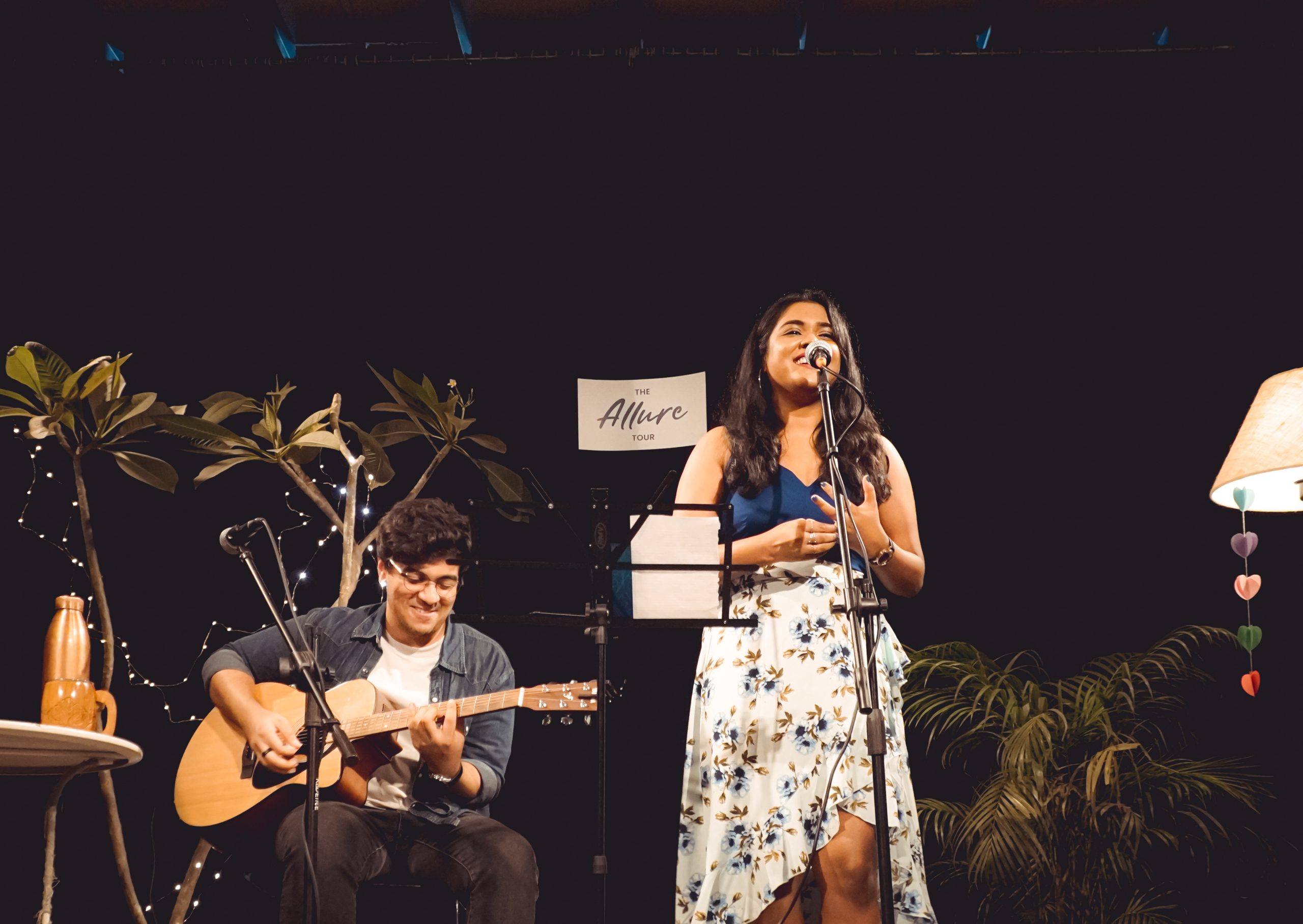 Among the terminology used by singer-songwriters Trishita Recs and Varun Agnihotri about their joint multi-city Allure Tour is “bootstrapped venture.” It says a lot about independent artists who perhaps look at their craft with an entrepreneurial spirit.

The duo says in an email interview, “As indie artists, our roles anyway stretch far beyond simply focusing on our craft. Therefore, an entrepreneurial approach to marketing oneself is equally important as creation in itself. Over and above that, it’s also about taking charge. Instead of waiting for someone to organize the tour for us, we went ahead and took that initiative ourselves.”

The DIY tour—which kicked off in Bangalore earlier this week and stopped by Mumbai’s Harkat Studios on June 11—is spread across eight cities and three phases. From phase one, Trishita and Varun have crossed off sold-out shows in Mumbai and Bengaluru and are slated to perform at The Base in Pune on June 19. On June 25 and 26, the duo will perform in Kolkata and Indore, respectively. The final phase of shows—whose dates are yet to be confirmed—will see them in Delhi, Gurugram and Jaipur.

Trishita, who released her single ‘Teri Rooh’ in April, says she was “deeply influenced” by DIY, intimate tours such as Rono’s Main Aur Tum and Raghav Meattle’s Songs From A Matchbox promo shows. “When [I] attended these gigs, [I] knew this was exactly how [I] wanted [my] tour to unfold someday,” she says.

For Varun, who is a Berklee College of Music graduate, he had set his benchmark based on living room gig series Sofar, plus the House Concert series in Mumbai and is promoting his January release ‘Lately Maybe’. “We both wanted to find a middle ground which would help us bring together a room full of listeners who would actually pay attention to our work. It’s also a very overwhelming feeling to be able to connect with our audience in such a personal and intimate way,” the duo says jointly.

In the process of performing in several cities for the first time, they’re also leaning on fellow singer-songwriters to come in as support acts. Hyderabad’s Sidharth Bendi joined the Allure Tour in Bangalore, while Akshit Dhall performed in Pune. The Mumbai show brought in the likes of Ramil Ganjoo, Perp, Sakar Apte, Shubham J and poet Kirti Dahiya.

The plans for the Allure Tour began in December last year, the focus on “hosting an intimate soiree with their peers in Mumbai.” By March, they had a solid plan of action. “It is definitely very viable to have someone to share the emotional as well as financial load that goes into planning a tour. It is also a beautiful experience to witness the coming together of two very distinct and diverse sets of listeners,” the duo says about touring together as artists and organizers.

The eight-city tour is also a welcoming indication (of sorts) that DIY shows are there for the taking, especially when it comes to the oft-bemoaned subject of scarce venue spaces. Varun and Trishita believe things are favourable right now. The duo says, “Since the indie sub-genre of India is on the rise and is booming, more and more venues are starting to become increasingly welcoming and receptive to original music. We were very particular about the fact that we didn’t want commercial venues for this tour. We wanted speakeasy-style locations where people would listen to us without distractions. That’s where our friends and contacts from all over the country came in and helped us out by letting us use their spaces.”

For the tour, Varun performs a solo set and also accompanies Trishita on guitar and backing vocals. “We are also performing some of our unreleased records as well as the songs we’ve created in collaboration with our fellow indie artists,” the duo says.

As the tour aims to wrap up in July, Trishita says she’ll focus more on live performances and session work (the vocalist debuted as a playback singer for the Netflix series Yeh Kaali Kaali Ankhein), while also finishing up a deluxe edition of her debut EP Khoyi Rahun. Varun, meanwhile, has his eye on putting a band together for a different live set, while also “exploring fruitful collaborations with fellow artists and producers”.