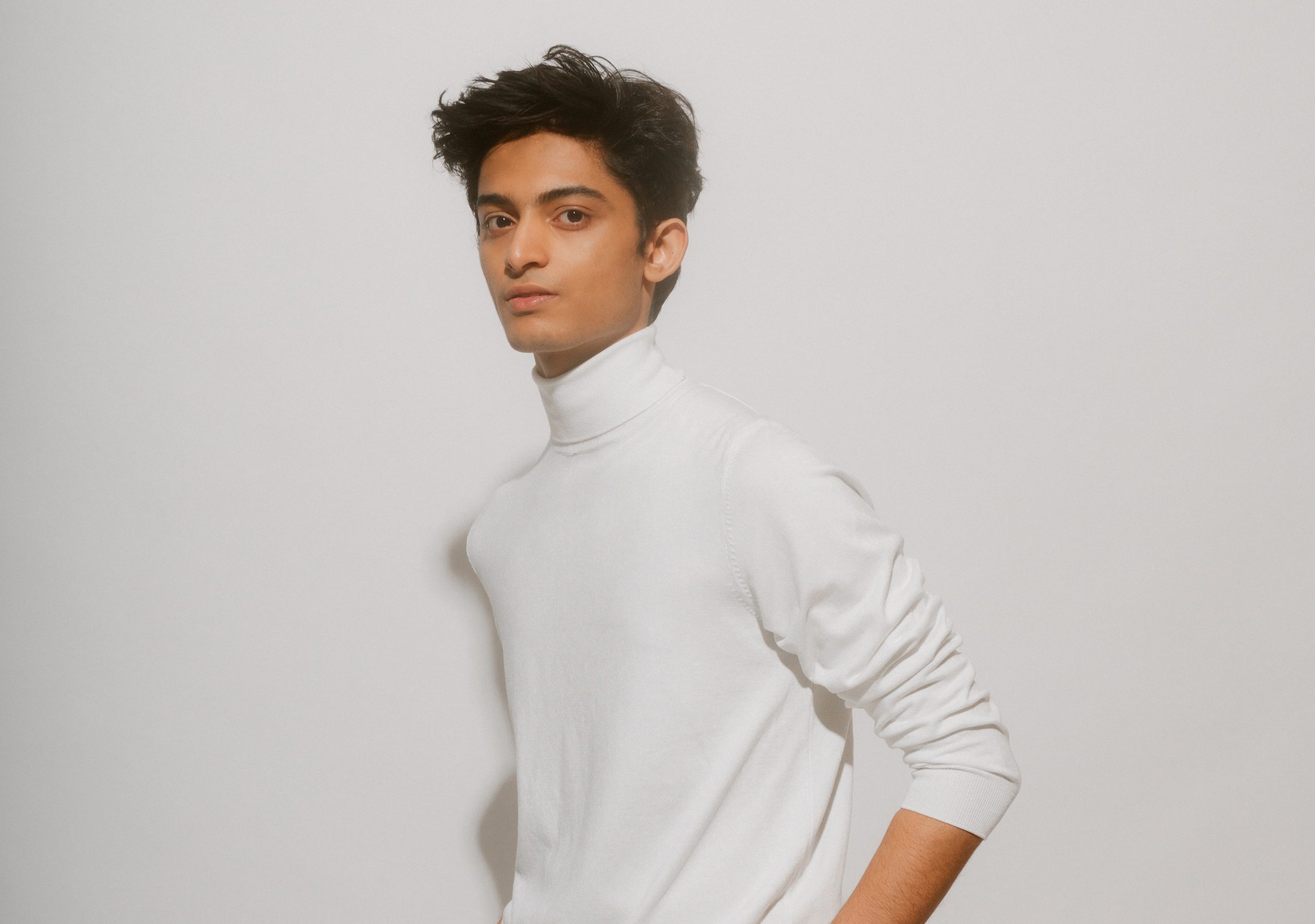 An engineering student completing his degree, only to then pursue his passion for music, is a story that doesn’t always have a successful ending. But with Bombay-based singer-songwriter Akshath Acharya, it’s only the beginning, it would seem.

Not to mention, that story, in its simple sincerity, is entirely reflective of the artistic spirit and approach that Akshath embodies. On the heels of his multi-city tour and the success of the earworm single, ‘Kya Ho Gaya,’ we sat with the 22-year-old to look back at his journey so far – the beginnings and the goings-on.

Right off the bat, Akshath has a lot to say about his tremendous and tangible growth over the course of his singles. As we know, a musician’s career is traced by the chronology of their releases – each one being a symbol of an “era” or a period in the artist’s growth. Looking back at ‘Kya Ho Gaya,’ he says, “I have noticed with every release of mine that there is like a small increment in terms of the number of people that end up listening to the song, [and] the number of people that the song reaches out to. But that jump has been pretty massive this time around. I knew that Hindi in general gets a better response. So, that has already, by itself, been like a pretty crazy experience. So, I get really happy when people find my Instagram through my Spotify and not the other way around.”

And, he’s right. The numbers don’t lie. As it currently stands, ‘Kya Ho Gaya’ sits cushy on top of his discography with 625,000 streams while his last English-language single, ‘troubles’, notched 86,000 streams.

The growth is evident. But what’s driven it?

At the outset, Akshath Acharya is a young singer to whom music is very important. He’s grown up with music – “So, my mom is a singer, and she had put me into classes when I was in second grade. But I just went for a few months or so. But then I really loved the process of singing. Then I kept singing all my life. Then somewhere along the line, both my parents and my dad, especially, was like, pick up an instrument. So, I had to learn guitar. So, then that happened in the next stage. And then the next stage after that was learning the whole composition-production side. Basically, since I was a child, I’ve been involved in music in some way or the other.”

But growing up with music and loving it are merely corollaries for success, not necessarily reasons for it. So, one is tempted to think further on this. Could it perhaps be his huge social media following? The singer’s Instagram profile reflects a virtual audience of 103,000 followers, while his reels have notched millions of views (as noted by Big Bang Music, the label he is signed to).

In fact, looking at the independent music scene today, there are numerous testimonies to the phenomenon of social media acting as a catalyst for indie artists – their growth and reach. For Akshath though, while he’s grateful for the love and appreciation online, he’s cognizant of the challenges to creativity such a dynamic might hold. When asked how his following and social media presence influences his music-making process, if at all, he responds, “It [catering to an audience] tries to creep its way in, but I actively fight it. The feeling of – “Okay. I cannot make a song with the intention of it doing these numbers or doing this on this platform,” because that’s definitely a wrong way to go about it. So, I try to avoid as much as I can.”

Striking this balance is difficult for any artist in today’s day and age. So much so that the question of “Who do I make music for?” has become a predicament rather than a reflective approach to music-making; one that could guide the process positively. But even there, Akshath seems to have thought things through with a fair bit of awareness. “If I actively try to create a song that will work on social media or something like that, even though that might happen, it won’t be authentic or true to me. Whereas on the flip side, if I were to just create art for the sake of art, and that also has a chance to do just as well on any platform anywhere and everywhere, and if that’s the route that it takes, then that’s ten times better for me to focus on,” he adds.

The case of Akshath Acharya is a curious one, not because the dots don’t connect, but rather because there seems more than meets the eye. A young artist, just starting out, is always a cause for excitement in the independent music scene. Fans hope for more success, listeners and audiences look on with open minds and critics observe with curiosity.

With over a million streams, thousands of keen followers and an agreeable sound that welcomes listeners with open arms, the singer-songwriter (in the making) is primed for success in all its mainstream glory. And, what with talent, genuine sincerity and drive, the dream even seems completely attainable. But for now, Akshath is just riding the wave.