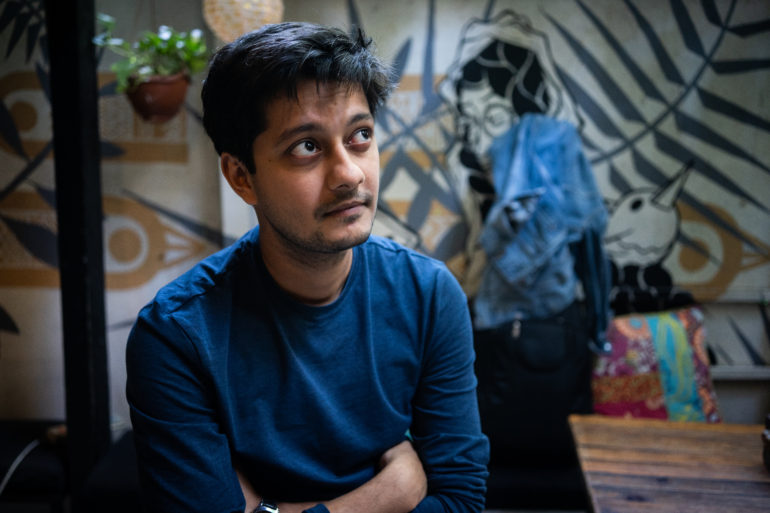 Tejas on New Music and Musicals

After a long hiatus, Mumbai-based singer-songwriter Tejas dropped his latest single, ‘Lead’. The track is co-produced by Jehangir Jehangir (Island City Studios, Mumbai) and Adil Kurwa, and mixed and mastered by Grammy-nominated engineer Shawn Hatfield (Audible Oddities). It is the first single leading up to the release of Tejas’ much anticipated sophomore album Outlast later this year.

The song features a maximal production style with a horn section, featuring California’s Will Allen Jr. It also reveals a much bigger soundscape from Tejas’ older works, filled with dramatic horns and pads, which perfectly exhibits his consistent ongoing evolution. The sensitive writing adds to the experience, which is also enhanced by flavourful backing vocals from Mallika Barot and Aria Nanji. The track ends up leaving the listener with a feeling of positive anticipation.

‘Lead’ is an ode to the singer’s journey of carving a space in Pune and Mumbai after moving to India from his roots in Dubai. He further communicates about his hustle, his independence and the responsibility towards himself, and how he has had to put his progress before perfection and make things happen.

A discussion regarding the album Outlast confirmed it as an ongoing evolution of his sound. Shorter and more concise than his last two albums, the singer confides, “Outlast follows a narrative of looking to the future and knowing that there is a better and safe space out there. Nothing utopian, but today is a time of revolution and its results will show sometime in the future.”

Talking about the lockdown and its effects on the album work, the musician said, “The lockdown made it difficult to meet each other to jam together. We found a way to do it over the internet, which isn’t the exact same experience, but it added a different quality to it. We were just lucky that most of the elements were just being recorded at home and we completed a lot of major studio work just before the lockdown.”

Less can definitely be more in this era of online saturation happening for artists and the market. Hence, the promotion of the single only took place in a few online shows and interactions that lead up to the release. “We fast-tracked the release of this single, as we thought this the best way to get a sort of momentum right now.”, remarked Tejas.

Tejas, with the help of his bandmate Dinkar Dwivedi (Toycatcher), wrote, recorded and released a satirical musical last week, called ‘Conference Call: The Musicall’. The musical is a light-hearted satire on the advertising culture and client calls. After finishing the script for the 12-minute long track, including writing all the traditional pieces like the grand opening, ballad, finale and the reprise, they made a call on the cast which ended up including the likes of Kamakshi Khanna, Adil Kurwa, Aarifah Rebello, Maalavika Manoj, along with a few other cameos.

The singer has already carved a niche for himself in the Indian indie music scene in the last few years, through his two critically acclaimed releases Small Victories and Make It Happen, which also went to #1 on the Indian Pop Charts on iTunes on its release. Apart from these, he has also travelled across the country to play sold-out shows at most major venues and music festivals.

Talking about the future, the artist plans to drop a few more singles, before releasing the full album by the end of this year. He also plans to write a full-length musical and has already started to work on that. Tejas promises more content in the coming future, with his plans to start working on another album soon after the release of Outlast.