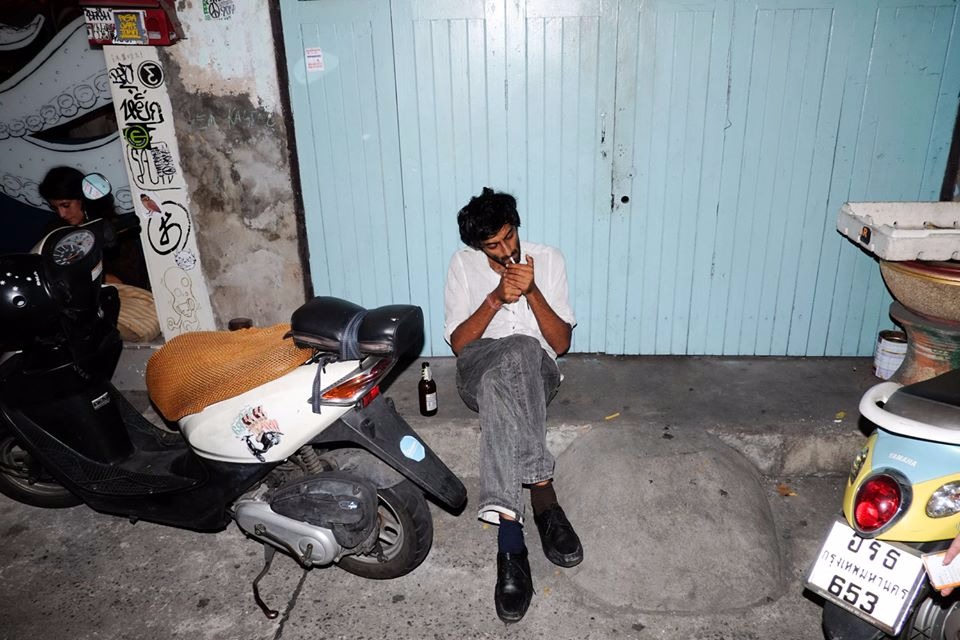 Suryakant Sawhney: Nothing more satisfying than making a sale

Suryakant Sawhney has been the centre of attention for the last couple of months, ever since his sophomore solo album Jaago as Lifafa got a unanimous gold star from listeners and critics alike. He, however, is not swept by the applause and has already dived deep into his future projects. He says, rather modestly, “it’s a bit academic at this point as I’ve been so close to them (the tracks) for so long.” In fact, his current live set involves some new, unfamiliar tunes. He looks up from his console every 20 seconds as he plays the new beats to gauge the crowd’s reaction, as if to see whether they are moving the way he intends them to move. He makes sure he is in control, right until the very end as he stops abruptly and tells the audience that the party’s over and it’s time to go home.

His band Peter Cat Recording Co. will be out with its next full-length album titled Bismillah in June. The first single ‘Floated by’ was released recently with a music video.

The single is a promising introduction to the upcoming album. Shot by Sachin Pillai, Nitish Kanjilal and frontman Suryakant Sawhney, with art direction by his wife, Surabhi Tandon, the video traverses the couple’s wedding from a few months ago. It was a perfect opportunity to capture the overarching themes of the album – love, life and happiness. The cheerful and vibrant wedding shots in the music video have set the stage for the impending album and will also feature in some of the promotional artwork.

PCRC has always had some interesting visuals accompanying its music, whether it’s the album artworks or the music videos. That’s not surprising given that Suryakant and Surabhi have been collaborating on several visual projects, including fashion brand Raw Mango’s latest Holi campaign. However, Sawhney doesn’t think the visuals are important when it comes to his music apart from them being a separate form of presentation. Music, he feels, “is best enjoyed minus any sort of visuals, thus allowing our minds to actually listen.”

It has been over six years since Sawhney adopted the stage name Lifafa. On his second album, he continues to mix and match disparate sounds, and comes up with very relatable and easy listens. The beautiful Hindi lyrics, that most Hindi speaking urban millenials may seldom use, touch a cord deep inside the heart. Nostalgia is his forte. It is what he does best, whether in English with PCRC or in Hindi as Lifafa.

I just ensure I can stand or enjoy listening to it, not much beyond that

Lifafa’s debut and sophomore albums, both feel like colourful patchworks of interesting sounds from our surroundings. However, the common denominator of superior production aside, the two records have very different vibes. Sawhney accords this to the half a decade that passed by between the two releases. Instead of a difference in his emotional state, he claims that the (pleasing and welcome) disparity has more to do with the acts of growing older and self-education in various fields.

It is almost as if the inception of Lifafa was a conscious effort on his part to make something that will fill a sonic vacuum in the current scene. PCRC is known for making songs that even dedicated indie music listeners may consider niche. When seen in that context, Jaago definitely seems like it was targeted towards a wider audience. This was a challenge that Sawhney posed to himself. He claims that he was going through a phase where he wanted to condense his ideas to the simplest, most direct way of expression. “A bit less of abstraction for a bit might be nice,” he says. 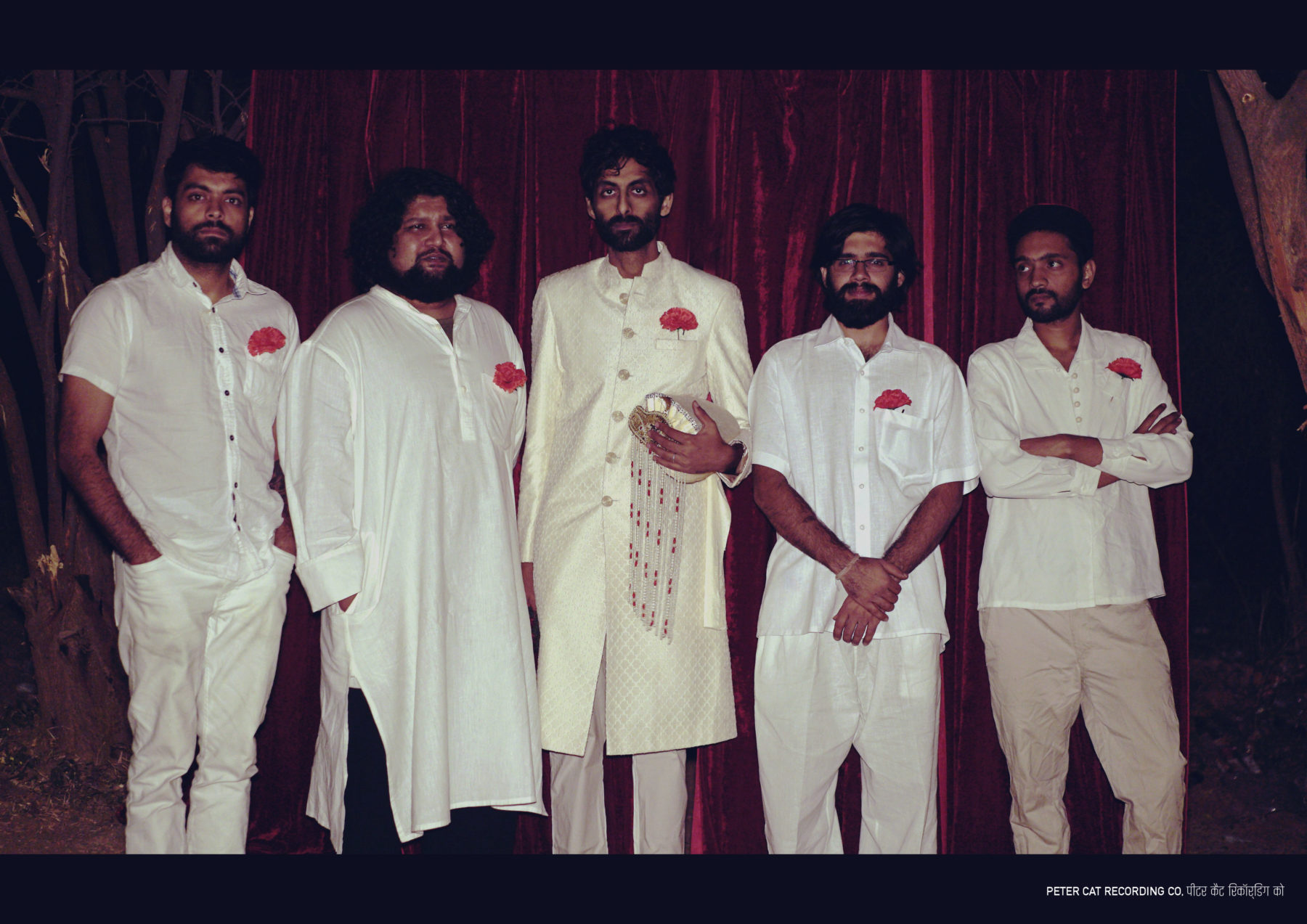 It is true, Portrait.., the compilation of PCRC’s best tracks between 2010-2016 – the only album that remains on its portfolio – is an eclectic mix of sounds from a soft piano to hard-hitting beats. It has a structure to it, with an upward graph. Yet, it remains difficult to decipher. Each listen of the album leaves a strange feeling as you run through the last few beats of one of its most popular tracks, ‘Love Demons’. “I just ensure I can stand or enjoy listening to it, not much beyond that,” explains Sawhney. The sincerity of the band members comes through, and they are not worried about spoon-feeding feelings to the listeners.

PCRC has always been considered a game-changer in the independent music scene in India, but it was only after the release of Jaago and Portrait.. that the music was no longer considered niche. Although the streaming era and marketing did work in the group’s favour, Sawhney claims that they owe this expansion in their fanbase largely to “a natural movement towards the desire for newer expressions within culture, similar to how hip-hop is taking off”. Thus, while laying down the roadmap for Bismillah, the band was far more relaxed. They now have the backing of an extensive machinery – record label, Panache – that can really push the music, while the band members can just focus on creating it. He promises a superior level of production on this record, among other interesting things to look forward to.

Sawhney claims that they owe this expansion in their fanbase largely to “a natural movement towards the desire for newer expressions within culture, similar to how hip-hop is taking off”

Independent artists now have easier access to a lot more resources, and many new platforms to make themselves stand out. But Sawhney correctly argues that the independent industry is walking on a slippery slope right now. He says, “I’d definitely like to see a lot more people taking an active part in the economics of it and work that side because there’s a tendency to rely on brands to make these things happen”.

PCRC’s growth to its current state was not a shot in the dark, but a well-crafted strategical progression. Sawhney feels that an artist needs to “value everything, from the album name to song names to album art. Make them connect and feel part of something larger. Business is art as well so don’t stay away from it, rather really enjoy it as part of the entire craft. Nothing more satisfying than making a sale!”