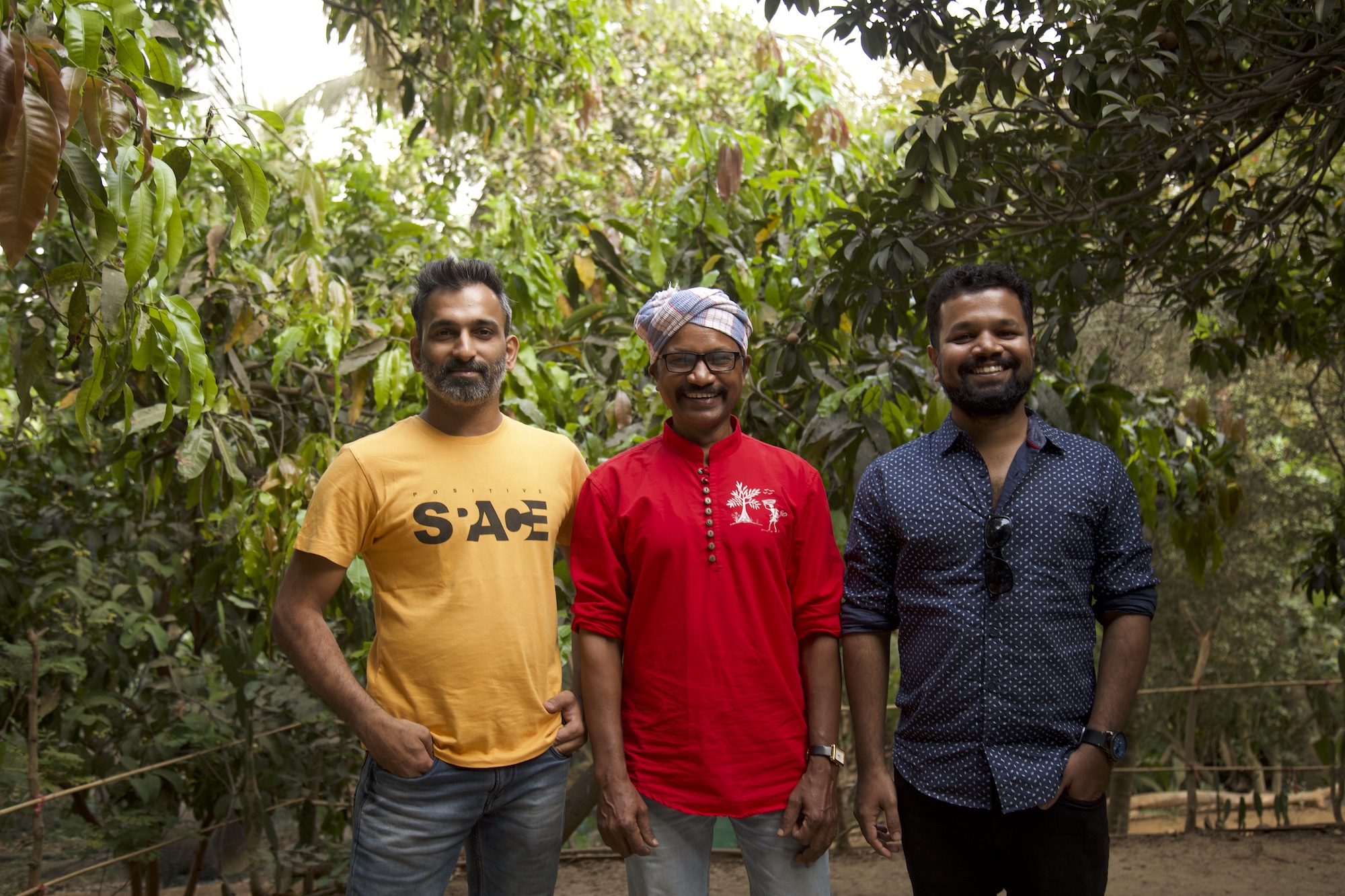 It might be the lilt of a catchy folk rhythm that invites you into Sparsh the Band’s new project. But it’s the roaring power of the track that makes you stay. Mumbai-based quintet, Sparsh the Band has made its comeback to the music scene; this time, armed with an earthy collaboration – ‘Wagh Deva’ featuring Warli artist, activist and member of the Adivasi community, Prakash Bhoir.

A quick search of the project will show up titbits of information about the song, its inception and its purpose. A short description of the track reads, “Wagh Deva, an Adivasi song describes how the Adivasi communities are fed up with urbanisation, deforestation, the merciless killing of animals & losing the essence of living within the actual nature. So, now they are praying to Wagh Deva (Tiger God) to save their community and other beings of the forest from the destruction of their land & the surroundings that they love the most.” It is an evocative and powerful commentary on the state of human greed.

Produced and curated by Aashish Narula of Collab Stories, ‘Wagh Deva’ is a gritty rendering of traditional sounds and prayers, repurposed by Prakash Bhoir. And, it’s valuable that this isn’t Bhoir’s first rodeo. The Warli artist and dedicated activist has spent many of his years fighting for the protection of Mother Nature, drawing attention to the forest land, he and his community inhabit. Bhoir is a member of the Adivasi community which resides in Keltipada, a hamlet in the green Aarey Colony in Goregaon, north Mumbai.

So, how does a collaboration between a Mumbai-based, multi-genre band and a fiery activist come about? The band recalls, “We were very passionate about the Aarey movement and we visited the protest site in 2019. There, we met Prakash Ji and connected with him. After a few rounds of meeting, we had a discussion with our manager Aashish. He also curated the song, and he has supported us throughout.”

Now, Bhoir isn’t particularly known for his subtlety. In his collaboration with Swadesi, titled ‘The Warli Revolt’, the activist manifested some scathing commentary. This time around, however, in the form of a prayer, Bhoir appeals to the Tiger God with intent and deliberation that inadvertently forces listeners to hold a mirror to their actions. Penned by Bhoir in its entirety, ‘Wagh Deva’ found its inception on a walk back from work one day. The Warli artist was disheartened by the lack of action taken on behalf of city folk in the Aarey protests. His pain and feelings at the time led to the track as we know it today.

In many ways, the collaboration itself reflects the kind of unity this song calls for. At every juncture, hand in hand with a plea to save the forest, lies a plea to stand together as a community. Even speaking of the song, Bhoir emphasises, “It’s not just my song. It is our song.” This idea, intentionally or unintentionally, is ever-present in the arrangement and presentation of the track.

Sparsh the Band chose to record Bhoir’s vocals in the forest; in the space that he inhabits. “It was a very organic process as Prakash Ji is not a professional studio singer and his singing does not set any technical boundaries.”  The band gave the artist a space to express himself, retaining an authenticity that could have so easily been lost by a careless appropriation of the narrative.

Simultaneously, Sparsh the Band contributes their sound to ‘Wagh Deva’, bringing the power of the track to life and placing it at centre-stage, accessible now to a wider audience.

With every passing year, calls for sustainability and widespread conservation only get louder, and rightly so. At this point, nature isn’t all that stands in the way of threat –  the human life that inhabits it faces significant danger, too. The ecosystem of coexistence that once existed peacefully and in perfect balance, awaits a collapse.

“We are guests on this Earth. And, we are here for a few years,” says Prakash Bhoir emphatically. So, the question is this – When do we put a cap on human greed and respect the bounty of Mother Nature? The answer to this question doesn’t lie in one-off solo efforts, but in a unified awakening to the problem. ‘Wagh Deva’ isn’t an “earth song”; it’s a skillfully crafted calling to one’s humanity.