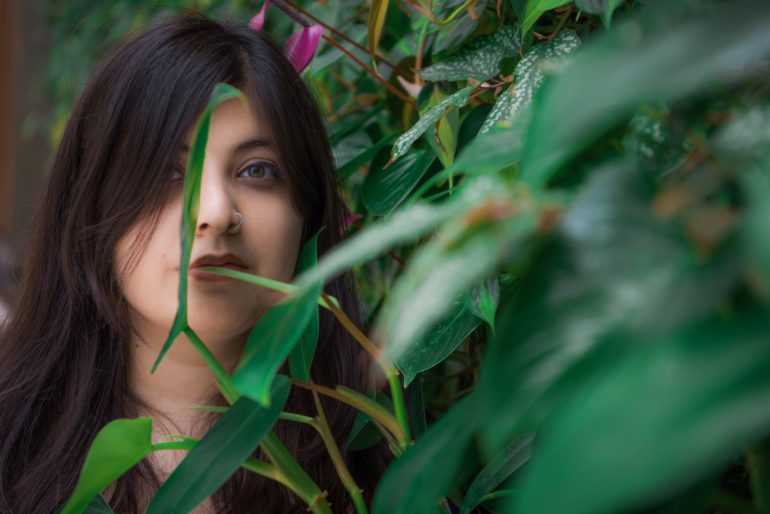 Hanita Bhambri on what makes her tick

New Delhi-based singer-songwriter Hanita Bhambri has released her much-awaited debut EP Nothing For Our Own. The 24-year-old has been in the midst of a sea of acclaim since the release of her breakout single ‘Let Me Go’ in 2018. “My debut single received maddening love – way beyond mine or anyone else’s expectations. It landed me a lot of opportunities,” Hanita adds talking about the whirlwind she’s been seized by.

Hanita’s new EP features five original tracks, four of which have been released with accompanying music videos. Talking about the EP, she says, “In some ways I’m looking back at my life through this record, seeing how much I’ve changed in my ways of expression in songwriting. It’s all been a learning experience for me”. Hanita’s journey, from then to now, has helped her discover what truly anchors her as an artist. “I feel I’ve gained more clarity about my path.”, she says, emphatically.

Her songwriting has been deputised to do the most of her self searching. “I’m a typical Virgo. I bottle up my emotions. When I write, all my feelings come to surface and I get fascinating revelations about things I was completely in the dark about. I understand myself a little better as a result”.

Hanita has always unwittingly approached her music heart first. When asked about the driving force behind the expressions tied to her music making, “I approach music as a way to stop myself from drowning, sometimes even in happiness. I feel things too deeply, and sometimes too much of one emotion can be exhausting. I don’t know if I have a philosophy – I get thoughts and images and words, and I get stoked and I think to myself I must put it into a song,” she states. Backed by unqualified emotional sensibilities how does she recoup? “Art is my way to recoup”, she defiantly claims. “Some times I binge-watch Netflix too. It’s an escape from reality for a little while at least.”

Some of the tracks on the new EP were penned when Hanita was still in school. She brought them to life in early 2018 at the Ferris Wheel Studios in Gurgaon where the EP was recorded in its entirety. “I’ve grown up feeling like a misfit, an outsider. The music industry isn’t all that different. People have their cliques and groups, and as curious I am about them, I’m happy doing stuff on my own. I work with a team of musicians I love and trust and we’re connecting with audiences who love what we do.”, she says. The record has been crafted by a stellar team, recorded and mixed by ace producer Miti Adhikari, mastered by Christian Wright, and features fellow artists such as Danik Ghosh on the bass guitar, Anisha Uppal on keys, Vignesh Iyer on the guitar and Aditya Dutta on the drums.

Nothing For Our Own is handsomely intimate. Her voice dons a complex persona in every track while still appertaining to a central thread, whether it’s on the dark and murky ‘Let Me Go’ or the limpid ‘Given My Heart’ that is giddy with sunshine optimism. “In every song, I’ve poured a different version of me, and a different process has gone into it because of starkly different mental spaces. I hope people can sense that change in energies in the words and melodies when they hear it.” She triumphantly builds up and gracefully tears down motifs she has deftly weaved into every note and cranny of the EP.

On ‘I Tried’, easily the most poignant track of the EP, Hanita has laid her soul bare, her vulnerability serving as both weapon and shield. “I remember the details of what I was wearing, the colour of the room, the time of day, even the smell of the air – as clearly as the day I wrote this song,” she adds. The track is a beautiful, gorgeous ballad that fumes with hurt, rejection, and her fortitude in the midst of it all. When nudged about the personal anecdote behind it, “The songs are of people who listen to it so I don’t want to give too much of it away.”, she quips, “But I will say this, you shouldn’t have to try to make someone see how much they’ve hurt you. Only you can fix your heart and the pain does go away because the pain isn’t of loss but of rejection and hurt, even loneliness. And life is way better with one less shitty person around, it’s good riddance.”

The music video to the title track has been released with the EP in tandem. On a track which steers towards the earthly nature of love, the video draws awareness to the normalcy of an LGBTQ relationship. Hanita has been very hands-on with the process, working with Aditya Varma and the entire team at Jugaad Motion Pictures. “The entire journey was a roller-coaster. To create something which truly depicts your identity as an artist, you have to be involved in the creative process. I worked together with the team on the overall vision, details of the script, the colour palettes, the costumes, the casting, the production, and other nuances.”

Where does Hanita go from here? “I’m waiting for the planning and promotion of the tour in July to kick in. I’m also really looking forward to recording some of the collaborations and experiments which are in the pipeline,” she signs off.