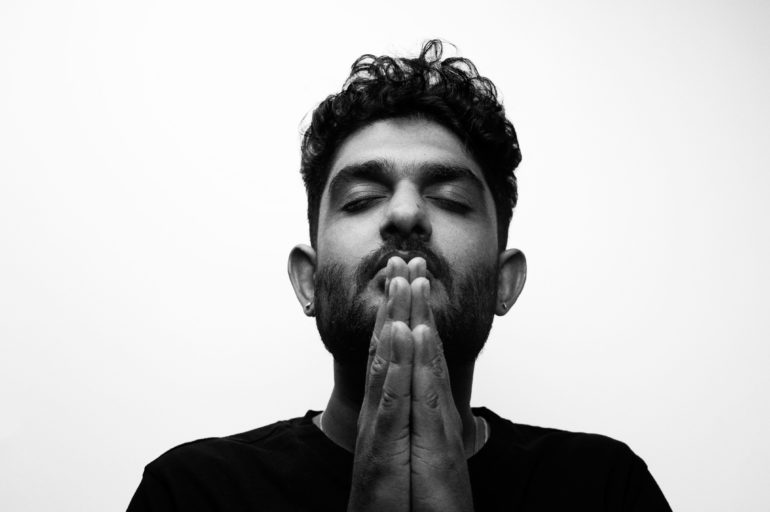 Sid Sriram made his film singing debut in Madras Talkies’ Tamil movie Kadal in 2013. Six years later, he is donning the hat of a composer, for the first time in films, in Madras Talkies’ Vaanam Kottattum. Over the course of a relatively small span of about five years, he has risen in stature not only as a vocal phenomenon in the nation, but especially as a household name in the South. Amidst a crazily packed schedule, Sid Sriram talks to AHH, about his singing career, indie work, recent debut with composer Ilaiyaraaja for Mysskin’s Psycho, and coming a full circle with Vaanam Kottattum produced by Madras Talkies and directed by Dhana Sekaran. An excerpt below:

Career-wise the last year or so has been most exciting for Sid Sriram, even if we just go by number of songs he has sung; but, indeed, nearly every one of these has turned out to be a chart-buster. Recognized for this unique vocal texture and rendition, he is arguably the most sought-after singer in the South, despite stellar peers like Sooraj Santhosh and Vijay Yesudas. The variety of composers he has collaborated with just over the last year is quite impressive – Govind Vasantha, Santhosh Narayanan, Ghibran, Anirudh Ravichander, Justin Prabhakaran, Gopi Sunder, and most recently and remarkably, Ilaiyaraaja. While he has been busy singing back-to-back film songs, he has also worked with artistes like DIVINE for a rap in Kohinoor, and B Prasanna for the lovely (Tamil) single Kannil Mazhai.

When I worked on Entropy, I was very determined to create a body a work that was an accurate representation of who I’m as an artist and as a human being.

Early this year, Sid released his independent album Entropy, that started taking shape early-mid 2018. He is closing the year with the film composing debut. Reflecting on the album and the year 2019, Sid says, “When I worked on Entropy, I was very determined to create a body a work that was an accurate representation of who I’m as an artist and as a human being. It was a rigorous process, producing, arranging and writing, and that set off an engine in me. It was difficult, but committing myself to a process and having to enjoy the fruits of labour, at a creative level not necessarily at how Entropy was received or talked about, has driven me into 2019 and the whole bunch of things that has happened now.”

Sid asserts that throughout this period, he never thought about the results. “I was super-present. Right now, I’m just keeping my head down and working.”

‘Ennodu Nee Irundhaal’ (Shankar’s I , 2015) launched him on an upward trajectory, It was soon followed by, arguably, his biggest hit ‘Thallipogathey’ (Gautham Vasudev Menon’s Achcham Yenbadhu Madamayada, 2016). On his singing career in the South taking off, he continues, “A lot of things culminated with ‘Inkem Inkem’ coming out last year, that kind of sky-rocketed me in the Telugu industry.” He has had an array of releases and hits in Telugu since, most of which open with a catchy alliteration – ‘Adiga Adiga’, ‘Vennela Vennela’, ‘Inthena Inthena’, ‘Mellaga Mellaga’, ‘Yegire Yegire’ and more. He is also looking forward to singing many more Malayalam songs, given his debut this year with the lovely ‘Parayuvaan’ (Ishq) and ‘Akale’ (Manoharam) with his friend-musician Sanjeev Thomas.

As a vocalist turning into a mainstream composer with Vaanam Kottattum, Sid says, “As a vocalist you’re intimately involved in the piece for a specific amount of time, 4-6 hours or sometimes more, and occasionally you rekindle the relationship performing it live; as a composer, the music is a manifestation of yourself, you let it evolve and refine; the process of making cinema music, seeing how a film is crafted, how everything fits together is a whole other level.”

Every song on the album highlights a different emotional texture, a different character relationship, some aggressive and some soft. The rest of the album is equally as experimental as the two singles out.

Two singles from the movie are already out, and ‘Kannu Thangom’ has been particularly received very well by the listeners. Sid says, “I started off by making sketches with different ideas and sent them over to Mani Ratnam and director Dhana. It was a constant process of creation, sharing and having conversations. Mani Ratnam wanted a sound that was radically different to juxtapose with a warm family drama.” The very nature of making music for films is very different, Sid agrees, than independent music, “I took a week to think about whether I could deliver on this daunting task. But I wanted to push myself; meeting deadlines and chipping away at the glacier every single day has instilled in me a deep sense of discipline and responsibility.”

On the soundtrack that is gearing up for release, Sid adds, “You hear stories about composers having to compromise on their vision and musicality, but in my case, Mani sir was very supportive, always quick to give feedback and making sure I deliver on the new-sound promise.” The film has a large cast, and the music is very much a narrator here, “All the songs act as backdrop, there is no lip-sync, and I’m still bringing in a few vocalists to record. For the songs in the movie and other themes I’ve created in the score for re-recording, I’ve really studied composers I love, Raaja sir, Rahman sir, and from the west like Philip Glass and Ryuichi Sakamoto.” The soundtrack is still not quite finalized but Sid Sriram says there will be about 6 songs and additional themes in the film.

On ‘Unna Nenachu’ (from Mysskin’s upcoming Tamil movie Psycho), composed by Isaignani Ilaiyaraaja, a fantastic and haunting melody with a lush string arrangement and Sid Sriram’s vocals exclusively in the lower register, he shares, “Last year I got a call from Raaja sir, I recorded a song for him in Prasad’s studio but nothing happened; a couple of months later, I got a call again, and I recorded ‘Unna Nenachu’. It was a surreal process – I listened to a voice note of Raaja sir singing the piece with Harmonium, I had to study that to get every single inflection down perfect. The last time I had to do something like that in terms of grasping every nuance was ‘Thallipogaathey’ – Rahman sir had sung the whole song in a very specific way.”

Between making independent music and mainstream recordings, Sid Sriram manages to find time for practicing Carnatic music for good two to three hours a day. “With my own music, I keep jotting down when something lyrically attracts me, I make voice notes to myself when something strikes, and then I’ll dedicate a couple of months next year to see how I can craft new stuff with all the ideas collected. With film music, I’m not writing my own lyrics or my own thoughts, but it’s as creatively satisfying.”

Sid is very passionate about creating new space and sounds in film music, and presently his attention is fully on the music of Vaanam Kottattum. He will be working on a new indie album in 2020, but he hasn’t accepted any new film music offers yet. With all the music release happening, he is gearing up for Margazhi Utsavam season in Chennai this month.