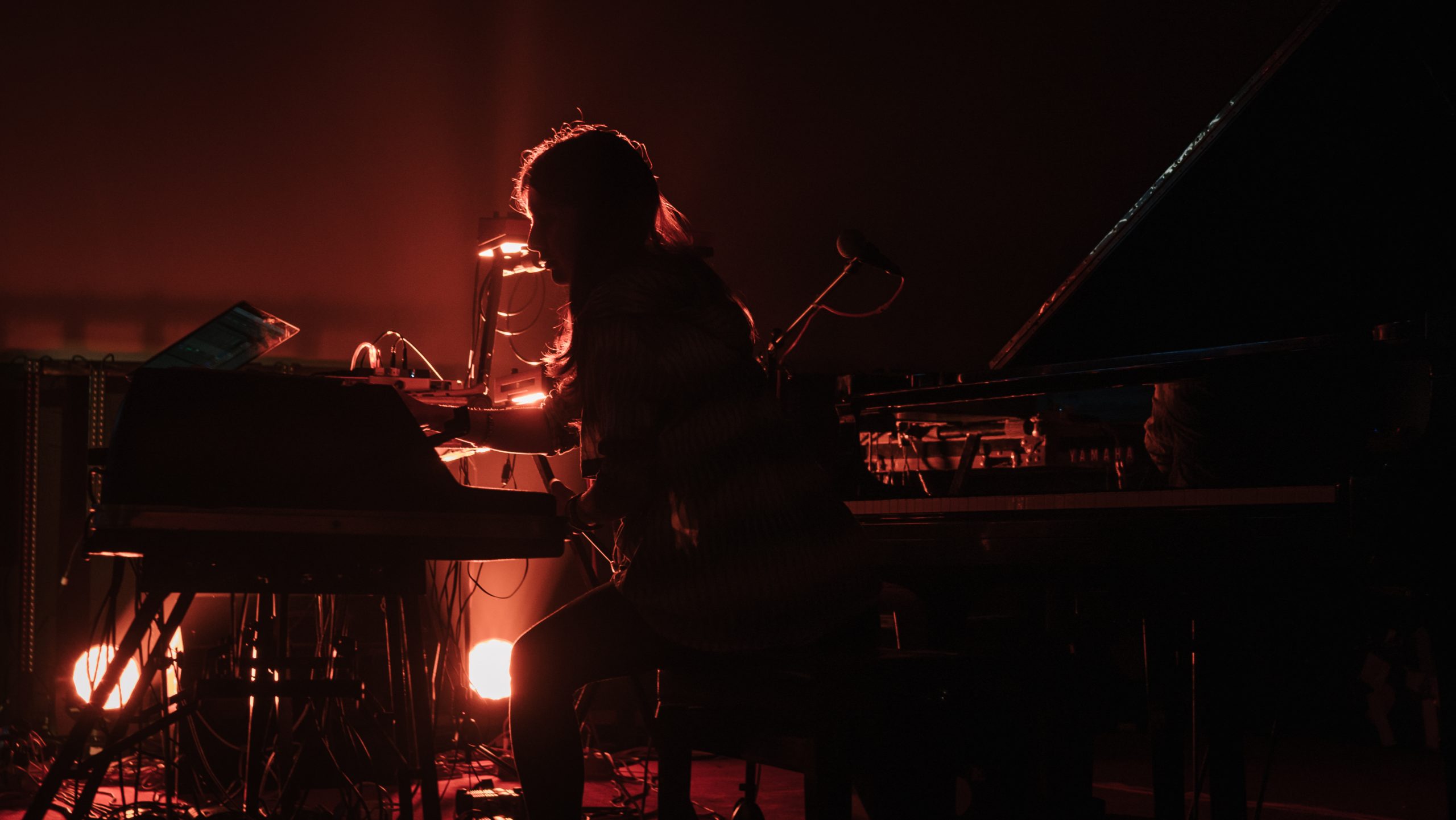 Sandunes’ reflections on getting back on stage post-pandemic

The formidable Mumbai bred electronic music producer and pianist Sandunes, aka Sanaya Ardeshir went back on tour, after a gap of nearly three years. Calling it the ‘Toxic Positivity Tour’, Sanaya says the name is a nod to how the culture of love and light, affirmations and manifesting the future can potentially be toxic, and how she personally experienced it to be for many years.

The tour, spread across four cities—Bombay, Pune, Delhi, and Hyderabad— took off on October 7 and concluded on October 28. Musicians Aditya Ashok (Ox7gen), Maalavika Manoj (Mali), Joshua Fernandez (JBABE), and Krishna Jhaveri (from Skyharbor) joined her on tour too.

Sanaya has four albums and six EPs under her belt, and is not one to shy away from experimentation and pushing her horizons as an artist. Songs from her upcoming album were part of her repertoire during the tour as well.

The return to stage, however, hasn’t been easy for Sanaya. The COVID-19 pandemic has altered the fabric of the society as we know it, and professionally, the pandemic wreaked havoc on artists especially. Suddenly, with the closure of outlets, stadiums, pubs and joints, performing artists found themselves out of places to perform at. “The pandemic was totally earth-shattering for me, just like for everyone else,” says Sanaya. “In many ways, we were totally out of work”, she adds.

However, artists all over the world have had a massive role to play in building resilience, both in spirit and more tangibly, via their art. From balcony artists to professionals, artists were at the forefront of mobilizing people and crucial resources for COVID-19 relief work, and Sandunes was no different.

Over the course of the deadly COVID-19 waves that struck India, Sanaya was involved in multiple COVID-19 relief initiatives. “During the second wave, there was a lot of stress and grief and helplessness and as a response to that we did two fundraisers. This was by no means my idea or a solo initiative, it was just a response to the question “What can you do?” It was a hard pill to swallow, knowing that your work is not the utmost essential at this time, or that it is not needed as much,” she says. They ended up raising around two lacs for an organization, Youth for Unity and Voluntary Action, that was working on-ground in Bombay.

I wanted to see if I really enjoyed gigging, or to move on from this kind of work.

The pandemic has been a boon and a bane for Sanaya. “I’ve taken quite a break from work owing to the lockdown. I wasn’t working on anything, my partner and I moved cities, and countries. I’ve been in a nomadic bubble of existence since the beginning of 2020. Stepping away from music for a while was refreshing and healthy,” she says.

But on the other hand, the whole experience has altered the shape of work as artists knew it. Coming back to work has not been easy, or completely seamless for Sanaya. Talking about going on a tour after three years, Sanaya says, “It took me inordinately long to shed the pandemic off myself. The social implications that a show has when one’s gigging and performing is huge.” The tour is partly a litmus test for herself. “From an identity point of view, I wanted to see if I really enjoyed gigging, or to move on from this kind of work,” she adds.

On the flip side, it has been an opportunity for her to bring back collectivism to music. In her view, shows that are focussed on one person, one artist on the stage does not conform to the idea of music that she has. “I was lucky that I was able to put so many people together on stage. It was hard to afford, but it was very validating in terms of the joy we got from the process, even before we were performing. Just being in a room of people playing songs, workshopping things, sharing energy, sharing songs—it was great.”

She reveals that the new album is also an extremely collaborative effort. “There are a lot of features and voices and there are many musicians that I’ve taken a lot of help in arranging and mixing,” she says.

Frankly, many a time, I’m that one woman on stage, and it can be a little disheartening

Being one of the few women music producers in the industry today, Sanaya has learnt a lot from her experience. While she believes that more women are needed in music, the conversation of women and diversity in music is more than just black and white. It requires tremendous nuance and dialogue. “I was in a place where I felt that my gender overshadowed my identity, capacity and merit, which led me to being fatigued of being a “female” producer, and feel like I’m ready to be just a producer,” she says. She takes the show-not-tell approach in this debate and tries her best to employ more and more women, put them on stage, and make sure that they’re paid properly. “Frankly, many a time, I’m that one woman on stage, and it can be a little disheartening”, she rues.

She also believes that her identity as a South Asian woman musician helped her gain opportunities in the international stage. The world was waking up to the fact that it needed more women musicians in their electronic music sets, and she believes her initial push to the international stage was sort of a diversity hire. “I hope I was picked up for more than just symbolism, but yes, I was at the right place at the right time. I applied for a few residencies which bought me time in the West, and I mobilized my connections to create opportunities for myself, I suppose,” she says.