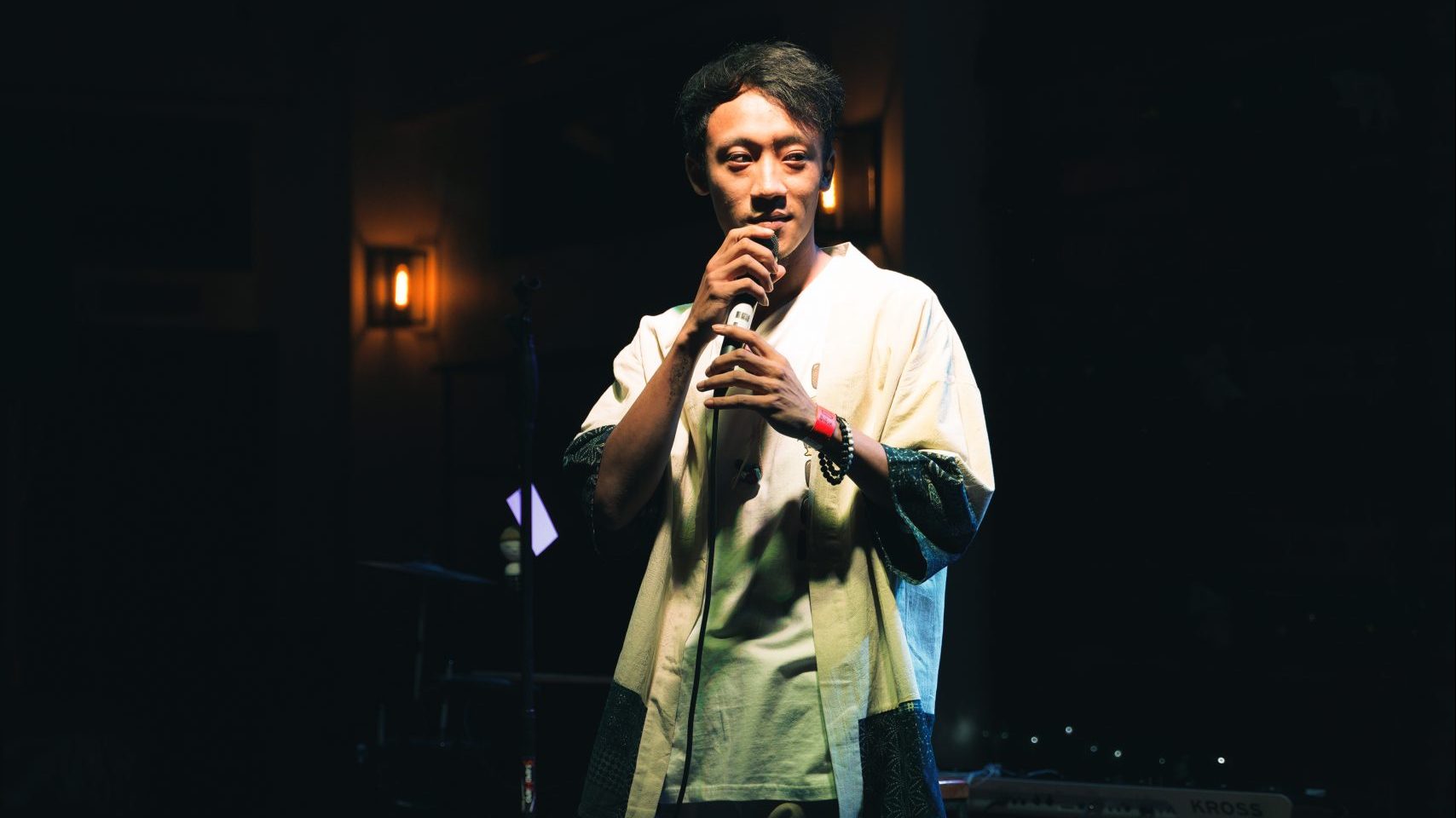 After the encouraging reception to his breakout soul-pop debut album Breaking Barriers, Aizawl singer-songwriter Samuel ApaZozo was ecstatic to continue building on its success. However, with mental health issues taking a toll, it would take another seven months for him to pick up the guitar again.

Overcoming his creative block, the artist has returned with a new electronic RnB slow burner, ‘Pour Être Aimé De Toi’. “It came out of the blue. I just poured my heart out, recorded an acoustic demo on my phone, and shared it with my boys and the producer,” says Samuel. The song also inspired him to pursue a more stream-of-consciousness style, which he plans to develop further with the forthcoming EP, Letters.

The singer-songwriter has developed a loyal fanbase with his catalogue of breezy, approachable pop rooted in soul, jazz and blues.

The self-proclaimed “old soul” gives a modern guitar pop spin to familiar structures and compositional elements of his inspirations, which span the likes of Stevie Wonder and Etta James to John Mayer and Daniel Caesar. He’s studious in what he borrows from other genres, listening closely for new trends in genre, songwriting and song construction.

Samuel remains one of Mizoram’s breakout artists, and yet one of its best kept secrets. He’s managed to pull in streams and views in the tens of thousands, without any support from mainstream organizations or a major label.

Despite comparisons to James Bay and Shawn Mendez, he wasn’t always a singer. He initially performed as a session musician, playing in bands like If & When. Even though he’s pivoted to a solo career, artist collectives remain a key part of his journey. He still works with a close crew made of instrumentalists and producers like frequent collaborator Cray, Cozy, SpaceJammin and Loudkeys. He’s also currently gigging as part of a new outfit called ApaZozo & The Boiz.

The singer-songwriter’s rise has come against the backdrop of the blossoming independent music circuit in his hometown of Aizawl, made possible by the DIY nexus of emerging musicians, new local venues, and the events industry.

“The music scene in Aizawl is somewhat divided. There’s the more mainstream and local type of music, and then there’s the independent scene where artists, like myself, prefer to sing English songs. Local cafés and parks host gigs and festivals, which have been instrumental in promoting the scene,” he explains.

One of these venues is WareHouse Cafe, which hosts Zotunes’ live performance series, Euphonious. It was ZoTunes’ community of creatives that introduced Samuel to the possibilities of the independent scene. The group have become a regular fixture in the Aizawl circuit, taking musical covers from their bedrooms to the stage.

The singer-songwriter also made an attempt to break the aforementioned Mizo-English binary with ‘Ka Thiana Kha’, a deeply personal ode to his late brother. “I think the freedom that comes with the independent music scene is very powerful. It gives freedom to artists to express what they want in their language or others, and stick to a particular genre or experiment,” says Samuel.

Speaking on the representation of Northeast musicians in the independent music industry, he calls on artists to familiarize themselves with the business side of music making. “Well-received artists I know could not sustain because they didn’t pay attention to marketing strategies, social media presence, and establishing connections. To play a gig is one thing, but to get people to follow up on you is another. Consistency in delivery and engagement will eventually result in getting playlisted, recognition from a larger crowd, or getting signed by a major label”, he says.

As the 24-year-old continues to flesh out Letters with Cray Production, he teases additional collabs with other artists from the Northeast and a possible regional tour.

“If the pandemic subsides and fate plays our way, we might eventually hit up some cities in the Northeast. Fingers crossed,” Samuel hopes.