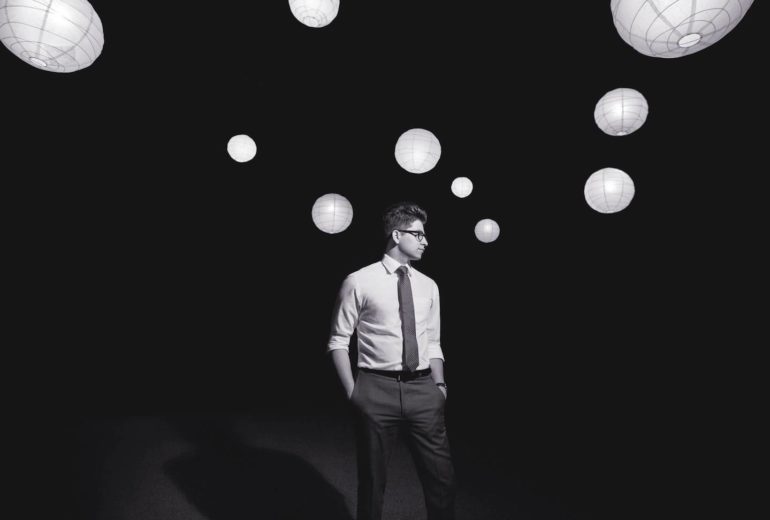 But Ive still got miles to go: Rehan Dalal

Rehan Dalal is a Canada based Indian singer-songwriter who is on a mission to revive soul music with the help of his talent. He wasn’t one of those musicians who start playing music before they start walking, but he has made it further than most. Two albums old, the Mumbai raised star picked up his guitar in his college days and has never left it since. He has already made a mark on the Canadian audiences, and has started finding his places in his home country as well. We spoke to him about his struggles, the music scene in India, and how he feels it is different from that in Canada, and much more.

You have admitted to joining the field of music a little late. However, you managed to have two amazing albums and one EP to your credit, rather quickly. What were the struggles you went through during the process?

As someone that was pretty late to picking up an instrument there was a definite struggle to get my musical abilities to catch up the sounds in my head. I’ve grown a huge deal as a musician . I assume it’s a journey I’m going to be on for a very, very long time!

There were also all the typical growing pains: Learning how to put a band together, how to record in a studio environment, how to book shows, etc.

After two very positively received albums, do you think the crowd recognises you?

I’m definitely not a recognizable name in most places but I think there are pockets of people who know, and appreciate, what I do. Radio in Canada and India have been very kind to me! And I think that’s helped connect my music with a lot of people who would not have found it otherwise. There have also been a lot of really great musicians and music fans in India that have shared my stuff on all their social media and helped it find it’s way to all these new people.
How would you describe your music?
This is always such a difficult question to answer. And honestly the answer is always changing!When I was starting out I had no idea how to put a band together. That pushed me into writing more acoustic guitar driven singer-songwriter material. And some of that early stuff is actually what made it onto the last EP I released.My first full-length album however, was really me getting a chance to make some of the kind of music I grew up listening to. To me it’s mostly old-school R&B/Soul that was heavily influenced by Motown and Stax records.I’m just starting to work on a new album that still has a nod to my R&B/Soul roots. But it’s also heavily influenced by some of the other music I grew up listening to: jazz and hip-hop.
Most of your songs are love based and the influence of John Mayer is pretty evident, not only in the intricate arrangements but also the style of writing. That has to be coming from personal experiences. Could you talk to us about such non-musical influences?

Well, as you mentioned, there was a lot of relationship material on my last few records. The impetus for my writing is usually things that affect me deeply. At the time I was writing for my last record it was a lot of things happening in my personal romantic life. Lately it’s been a lot of things happening in the world around me: the seemingly unending streams of violence, watching some of my friends struggle with adulthood or running into bigotry. Some of the new material is political, some of it is more just telling the stories of people I know and just for good measure there’s a couple songs about love.

While we’re at it, which musicians do you look up to for inspiration?
I understand why people make the John Mayer association. We draw from a lot of the same influences. And Continuum is an exceptionally well made album. But I think my first album was way more heavily influenced by people like Stevie Wonder, Sam Cooke, Donny Hathaway and a lot of those old soul records.
I grew up listening to a lot of jazz. I think that’s always seeped into my sensibilities. Musicians like John Scofield, Herbie Hancock and Charlie Hunter have been huge influences on me.I tend to listen to a lot of different kinds of music though. I just scrolled back through my Spotify listening history and here’s just some of the people that I’ve been listening to in the last 2 weeks: Chance The Rapper, D’Angelo, AC/DC, Lewis Taylor, Hiatus Kaiyote, Gregory Porter, Slum Village, Carole King, Hall & Oates, Anderson .Paak, Lucy Pearl, Cannonball Adderley, The Carpenters and Nick Jonas. As you can see, it’s a pretty broad swath.
As an Indian musician in Canada, you are familiar with the music business in both the places well enough. What differences have you noticed in the environment there? Do you think the crowd there is more receptive to independent music.

I wouldn’t say I’m too familiar with the music business in India. I’ve only just dipped my toes in. From what little I’ve experienced, it seems to operate quite differently than here in Canada. For one, there are certainly more outlets for live music here in Canada. There’s also a very strong support system (both public and private) for the arts here, which makes being a musician a lot easier. That being said, the scene in India is still in it’s infancy, so there’s far less noise to cut through and I think it’s a lot easier for new bands to make a mark there.

I don’t know that the crowd here is more receptive to independent music. I think it’s probably the same amount in both places. I’ve just noticed that tastes are different. Indian listeners seem to like extended solos and are, in some ways, more adventurous listeners… Both of which are really great things! I think listeners here are possibly exposed to a lot more independent music than people there, but I don’t know that it makes them more receptive to it, just more educated about it.
Do you plan on moving back to India and continuing your music career
here?
My mom still lives in India so I visit frequently, but I don’t have any specific plans to move back and continue my career there. I’ve lived in Canada for the last decade and I’ve made a home here. But you never know what the future holds, maybe I’ll find my way back there one day! The one thing I do know is that I miss being able to eat good Indian food!
Do you keep yourself updated on the new and upcoming musicians in India? What is your take on the talent that resides in this country?
It’s hard to stay on top of that without living there and being immersed in that scene. Little pieces have started trickling into my social media feed in the last year and there have definitely been some cool musicians. It’s great to see how the scene there is growing! When I left India it was virtually non-existent.

I think there’s a tremendous amount of raw talent there. And it’s great to see more music schools popping up and people starting to value an education in music.