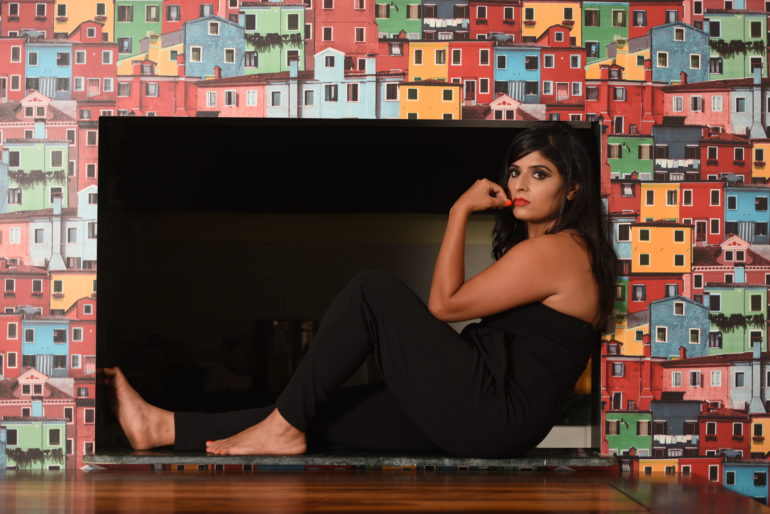 Pragnya Wakhlu on her journey so far, new EP and bringing Kashmiri culture to the fore

Not many people probably know that musician Pragnya Wakhlu is an engineer and an IIM graduate. In fact, she quit her corporate job with an IT firm in Bengaluru—and then Seattle in the USA—to make a career in music. But for Pragnya, it was a carefully planned choice.

“I had already made up my mind to quit within a year of being on-site in the USA. I felt that if I stayed there longer, I would end up making so much money that I would start weighing my decision to quit too much, and probably not take the risk of restarting a career,” she reminisces. Pragnya felt that her work in retail—which entailed “making software for rich people to buy clothes at a store” – was not her life’s purpose. Instead, she had a strong urge to give back to the community and do something of service with her life. “I felt that putting together my two passions – music and working with people – would make me happier, and make me feel like I was living a more meaningful life,” she adds.

While in Seattle, Pragnya wrote a lot of original compositions and performed her music with another guitarist. After returning from Seattle to Pune, the first band she formed was a five-piece one called Soul Strings, with musicians based out of Pune—Vinay (guitars), Shreyas (drums), Gandhaar (flute) and Saiprasad (bass). It was with Soul Strings that started to play her original music with a full band. She recalls some good memories with the band – such as winning the MTV Rockathon’s Pune leg, opening for Parikrama and Bryan Adams, and being finalists for the Hard Rock Rising.

After moving to Delhi in 2011, Pragnya formed a four-piece funk-rock outfit called Fruzu. Comprising Sonic Shori (bass), Shubhanshu Singh (lead guitars) and Manoj Mavely (drums), the band played originals and covers of all their favourite classic rock acts. One of the memorable shows they had was with a choir in Kerala, and they also got a chance to play for the Malayalam music channel Kappa TV.

Pragnya’s songs are about inner reflection, thoughts, feelings and issues that she feels strongly about. She says she is inspired by simple things she sees around her—such as nature or people—or strong emotions that move her. In her first album, Journey to the Sun, one of the songs, ‘Flying High’ is about a bumblebee. “A bumblebee’s body is slightly larger compared to his wings. According to the law of physics, such an object is unable to fly. But the bumblebee flies anyway, defying all laws of physics. The song draws parallels between the bumblebee and the human mind, she says. “So many times, we let ourselves believe that we’re not good enough because we’ve failed, or because someone has put us down or told us we would never succeed. This song is about being like the bee and reaching for the sky and realising your true potential,” she explains.

Another issue Pragnya feels strongly about is the Tibetan cause—their struggle for freedom and what they are doing to keep their culture alive. ‘Burning Fire’, sung in Tibetan and English, is her song to raise awareness about the Tibetan identity. For the music video, she went to Dharamshala and shot with the refugees, capturing real people and real stories.

The constant media focus on the violence and negative news has often led Kashmir and its people to be portrayed in a poor light. There is so much that people don’t know, or haven’t heard when it comes to Kashmiri culture.

After Journey to the Sun, Pragnya wanted to focus on making music that had a greater purpose.

According to her, music is a powerful tool, which if used responsibly, can inspire and touch hearts and bring people together. Her formative years were spent at a time when there was no conflict in her hometown, Kashmir, and everyone lived in peace and harmony. This prompted her to use her music as a vehicle to spread a positive message of peace and influence a shift of perception towards the state. “The constant media focus on the violence and negative news has often led Kashmir and its people to be portrayed in a poor light. There is so much that people don’t know, or haven’t heard when it comes to Kashmiri culture,” she says.

That was the spirit with which her Kashmiri folk project, Kahwa Speaks, sparked off—a movement that started as an initiative for Pragnya to reconnect with her roots and present a more positive picture about her hometown to the world. Pragnya began developing the project by researching the works of old Kashmiri poets, such as Lalleshwari and Habba Khatoon as well as engaging in conversations with the older generation of Kashmiris. Next, she wrote original music and created a band, consisting of Shailendra Wakhlu (guitars), Naren Chettri (drums), Veer Bharadwaj (sarod), Nisham Pul (bass) and herself on vocals and guitar. To reach across to a global audience, the album’s music uses both Kashmiri and English.

Sung in the Ladishah style, the title track of the album, ‘Kahwa Speaks’ talks about Kashmiri tea, or kahwa, as a metaphor for life. ‘Henzay – Returning to Peace’, which delves into the wanwun style of singing, is an amalgamation of both the batta (Kashmiri Pandit) wanwun style, which sounds more Vedic in nature as well as the musalmaan wanwun, which has more of Persian influence. The musical integration of both styles also stands as a metaphor for an integrated society. Then there is ‘Katyuchuk My Love’ about the love story between 16th Century King Yousuf Shah Chak and poetess Habba Khatoon. And ‘Lalla’s Lore’ is a translation of some of the vaakhs or verses of Lalleshwari, who was universally hailed by all sects of Kashmiri society as their own. This is probably the first time that her verses have been translated into a song in English.

As Kahwa Speaks evolved, Pragnya realised it could be a great bridge for several persons belonging to the younger generation of displaced Kashmiris living across the world to reconnect with their language and culture and understand more about where they are from. Further, she felt it could also regenerate interest in the language and help revive it. “We hope that this can paint Kashmir in a more positive light to the rest of the world. Our aim is also to bring fragmented parts of Kashmiri society together. When you bring together people on commonalities and share the good, differences seem to fade away,” she elucidates.

Pragnya is doing more work related to her Kashmiri identity. She recently started hosting a new music show on Doordarshan Kashmir about Kashmiri poets, their influences and how similar themes play out in Bollywood. The show, for which about seven episodes have been shot so far, aims to introduce viewers to the life and poetry of famous Kashmiri poets. Different episodes are based on separate themes that poets chose to write on. The songs are then correlated to the Bollywood film industry. “I talk about different Kashmiri poets and then sing some of their songs on my guitar. We then plug in some Bollywood songs,” she reveals. 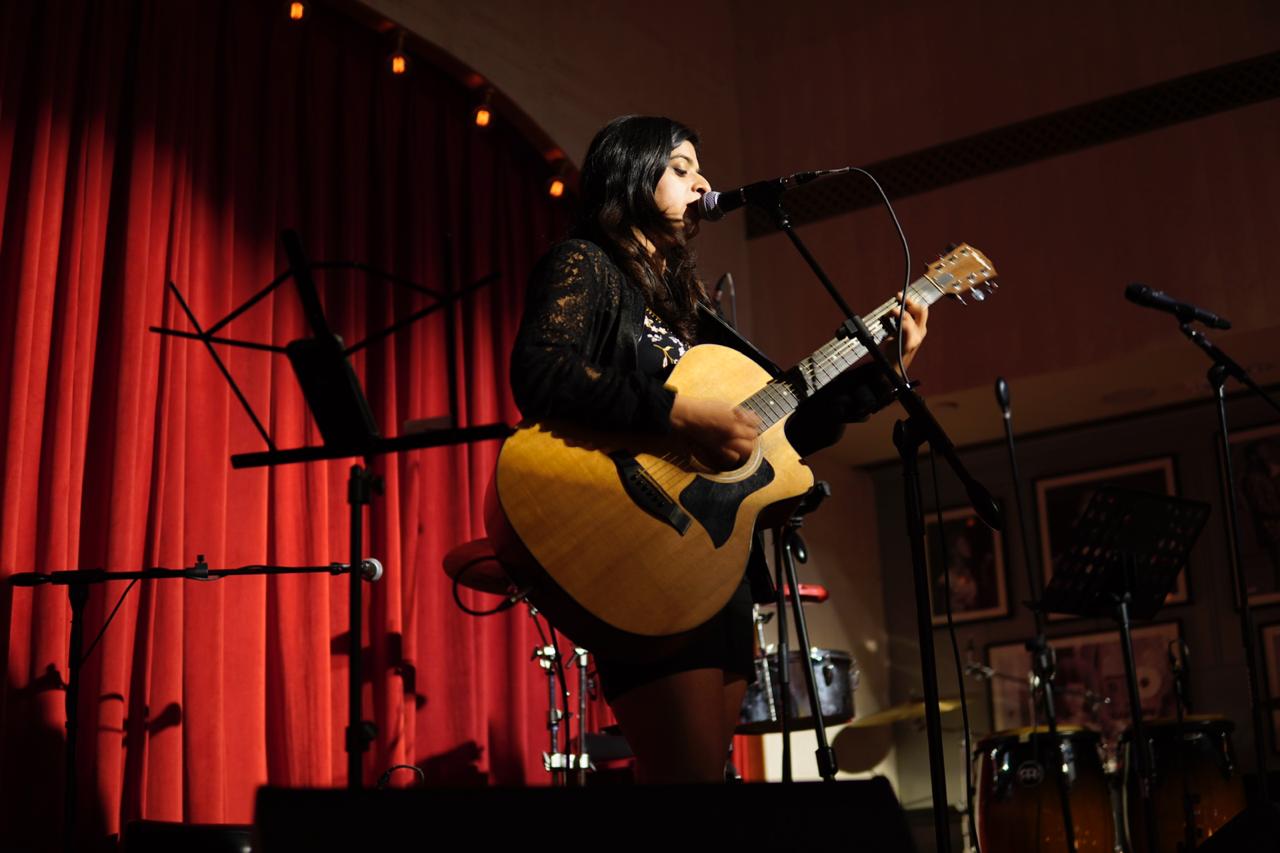 This year, she is also working on releasing an EP on love songs tentatively titled ‘Lessons in Love’ for which she says there are going to be several collaborations with musicians in Australia, Hong Kong and Delhi. It’s not a subject she has written about much before. “Somehow my songs have been inspired by everything else the world has to offer but love. It’s quite a different sound from what I’ve produced in the past,” she muses. The songs on the LP have tried to capture her experiences in relationships—“real and imagined!”—that have taught her things about life and herself over the last few years.

Admittedly, Pragnya is a bit apprehensive about writing something that is so personal and having listeners see another side of herself—something she likens to baring her soul. At the same time, she feels one needs to do this as a songwriter and be comfortable with it. “Everyone has a different side to who they are as a person, and it’s okay to let the world see different shades of you sometimes,” she adds. Apart from this, she also plans to release a new music video for ‘Katyuchuk My Love’.

Pragnya has just returned from a mini-tour of Mumbai, Goa, Pune, Gurgaon and Delhi. In September and October, she has shows lined up in Jaipur and Bengaluru.