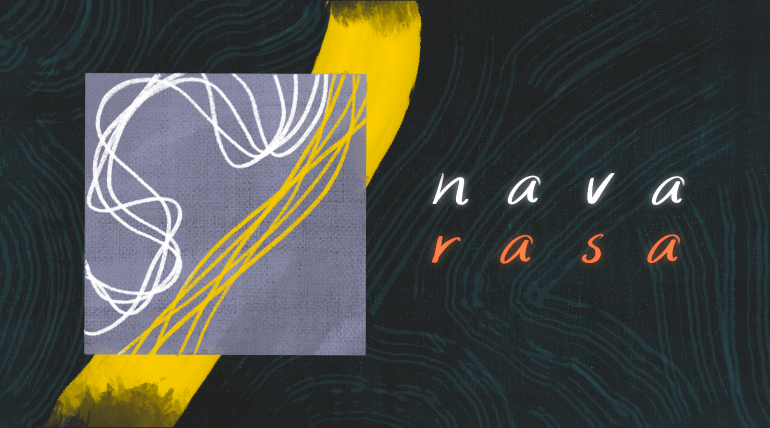 Old essence in a new bottle: In conversation with Nisha Satpute of collaborative ghazal project Navarasa

A group of friends, comprising of classical and semi-classical musicians, dancers, instrumentalists, and sound engineers, banded together during the pandemic, to work on a conceptual album of nine ghazals written by Pune-based Hindustani Classical singer Nisha Satpute. Slated for release in December, the project titled Navarasa has been attracting backers on Wishberry from all corners of the world, with just one ghazal under its belt. A Humming Heart spoke to Satpute, who is at the helm of this experimental project, to find out how it all began.

A 23-year-old poet and aspiring filmmaker, Nisha who’s grown up with the radio, Bollywood music, and regional Marathi songs from the 90s, does not exactly fit the mould of your typical millennial. Developing an interest in classical music was “as natural as going to sleep”, she tells AHH. “I used to accompany my father for his vocal classes at renowned artistes Bela and Sawani Shende’s,” she adds, marvelling, “Sawani Tai’s room, decorated with flowers, incense and a tanpura, looked like an altar for Goddess Saraswati.”

“I wrote my first poem when I was 8 years old and continued to write into adulthood,” she recalls, citing poets like Amrita Pritam, Sahir Ludhianvi, Gulzar and Javed Akhtar among her chief influences. Constantly searching for new means to express herself, Nisha composed a ghazal in the Shringar rasa sometime last year, spending 3 months to perfect it before sending it over to her friend and composer Niladri Mukherjee in Bengaluru.

After a quick back and forth resulting in a potential tune, Nisha decided to formally record it. Simple and powerful, the song titled ‘Dil-e-Wajood’ became a wellspring of inspiration and Navarasa was born shortly after, as a multi-disciplinary project whose first offering would be an anthology of ghazals. “I consider Navarasa as the output of a series of magical coincidences,” says Nisha, recollecting how she put together a team of like-minded collaborators, most of whom she knew from college, through mutual friends or the local music scene.

As a platform for young artists to challenge their creative abilities and be creative with their ideas, the Navarasa collective boasts of an array of creatives, including vocalists Reeshabh Purohit and Malavika Dikshit, violinist Shardul Bapat (of Easy Wanderlings), percussionist Yash Kurmi, choreographer Eshna Benegal, producers Atharv Joshi and Niladri Mukherjee, and sound engineer Nitin M Krishna (of Gray Spark Audio, Pune). Many of them, like Mukherjee, work a day job (as an assistant director); Kurmi and Joshi are medical students while Bapat has a degree in engineering.

Navarasa has brought them together so they may give life to nine ghazals, composed in different genres and languages. They evoke the emotion or bhava of love, communicated through the nine rasas or essences of Natyashastra, namely, Shringar (Romance), Hasya (Laughter), Karuna (Compassion), Veera (Heroism), Bhayanakam (Horror), Raudra (Fury), Beebhatsam (Disgust), Adbhutam (Astonishment), and Shanti (Tranquility).

“We want our listeners to go beyond the logic of musical notes and the meaning of words and understand the thought that is trying to be communicated,” Nisha explains. Moreover, the idea is to bring her collaborators’ diverse tastes and talents to the table, even if it means incorporating electronic music and jazz wherever suitable. It is also a bid to modernise the consumption of classical music, and highlight the universality of love, Nisha tells AHH. She confesses, “I think for classical music to be more widely accepted among millennials, the form has to bridge the generation gap. Presenting traditional music in a contemporary form might attract both the old and the young.”

The album is also envisioned as a multi-lingual offering, suffused with Marathi, Hindi (even Bengali and English) verses. “Marathi is my mother tongue and Hindi is my language of expression. As much as I would like to take the credit of exploring this rare combination, one of Ilahi Jamadar’s Qawwalis ‘Aye Sanam’, from the film Ranga Patanga, was the first time I’d heard such amalgamation.”

Wasting no time in getting things on the road, Nisha and her team set about raising funds to produce the rest of the album in January. They attracted donations worth Rs. 6.5 lakhs in less than two months on the crowdfunding platform Wishberry, with two of their major backers being complete strangers from the US, who contributed solely because “they loved the concept and the first song.” The team has been working remotely over the pandemic to turn their vision into a reality, even releasing a new music video for ‘Dil-e-Wajood’ this week.

When asked about the secret of this quick turnaround, Nisha says, “Beauty lies in the simplicity and purity of action. If your efforts are genuine and your vision is strong, you will succeed.” If things go according to plan, Navarasa – the complete album – is likely to see the light of day in December 2021.