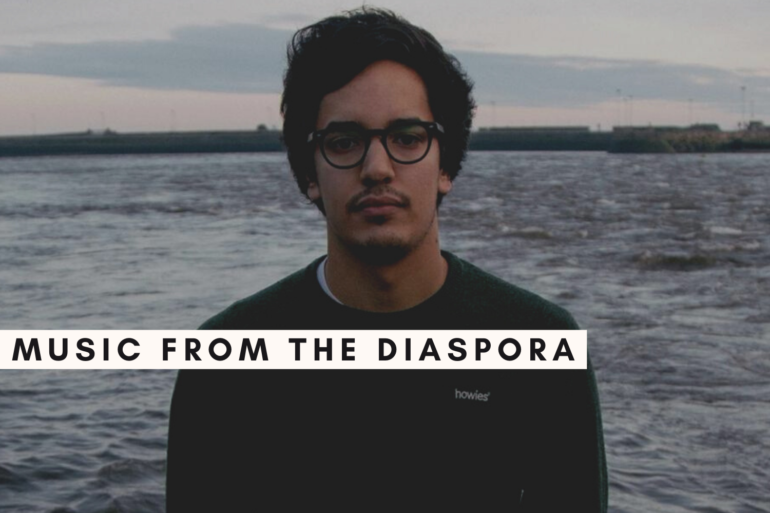 New Haze felt like a good way to describe the way I was feeling: Luke Sital-Singh

The name “Luke Sital-Singh” always raises a few eyebrows amongst Indian listeners. Who is this artist? If his lineage can be traced to the subcontinent, why haven’t we claimed him yet? We’ve dished out that treatment to a plethora of other subcontinent-origin artists like Jay Sean and M.I.A., why do we leave Sital-Singh out?

Perhaps it is due to him not self-identifying himself from the region. “My dad didn’t relate to being Indian, and so it didn’t influence me growing up, but because of my name and skin colour, it’s always there,” says Sital-Singh, talking to A Humming Heart.

Despite having one of the most peculiarly Indian surnames in existence, Sital-Singh says that his Indian roots ended when his great-grandparents left the homeland for Jamaica looking for work. Shortly after that, his aunts and uncles moved to London, where Sital-Singh’s father was born. “It’s a strange thing for me to think about being of Indian descent,” says the musician, who last toured in India in 2014.

Currently a resident of Los Angeles, the singer-songwriter released his newest EP titled New Haze last week. Sital-Singh said that he thought moving from London to LA would provide him with all the answers, but has just left him in an undefined haze where he keeps looking into his future. “New Haze felt like a good way to describe the way I was feeling about my life after moving to Los Angeles,” he says.

Many of Sital-Singh’s contemporaries have decided to put off their summer album releases, in light of the quarantines enforced all across the world. Despite having had to cancel shows in the US and Europe in April and May, the singer-songwriter went ahead with the long-planned release. To make better use of his time, he said that he is currently looking into ticketed live streams to make up for the “gutting” losses he suffered. “Feels like everyone’s trying to work out how to react to all this and experimenting with different ideas,” he quips.

The uncertainty he talks about is reflected in the abstract nature of the EP’s artwork. Like all his album covers, his wife Hannah Cousins did the artwork for New Haze. Citing English artist and sculptor Barabara Hepworth as an inspiration, Sital-Singh says, “The unidentifiable shapes speak to the haze in the title.”

The EP is a collection of songs Sital-Singh wrote and recorded over a few years. He collaborated with different artists and friends of his on the four-track record, calling it “themeless”.

The reception to the EP has been good by the singer’s own admission. He talks about the importance of having a music video accompanying the launch of a new record. “It gives an extra bit of novelty to everything,” he says.

Locked in his apartment, the pandemic gives Sital-Singh a lot more time to work on his next album. But despite having pursued music as a career for over half his life, Sital-Singh has yet to identify a music-writing process that works best for him.

“It’s either an abject mess of a thing or a flawless frictionless gift from above,” he explains, talking about his songwriting process. “Either I work on something for hours and hours, days and days and end up mostly giving up. Or I sit noodling on my guitar whilst watching The West Wing and out of nowhere a complete song lands on my lap.”

Having played the guitar since he was 12, the 32-year old said that the current environment feels like a strange time to search for inspiration to write songs. “It’s also a perfect time to try and figure out a way of expressing the atmosphere everyone’s feeling at the moment,” says Sital-Singh.

“As is usual with my songs, they are all fairly questioning and confused, yet always with a tinge of hope that everything’s gonna be okay,” says Sital-Singh. Despite a lot of changes and uncertainty over his move across the pond, the musician remains optimistic, “It’s sunny here, and that’s enough,” he says while laughing.