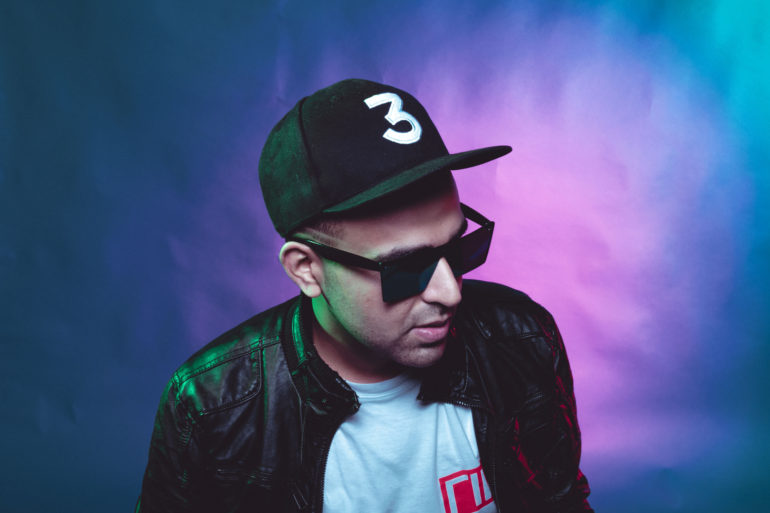 Producer and multi-instrumentalist Nikhil Malik has come a long way and traversed many spaces in music over more than a decade. But even then, the artist known as Iconyk doesn’t feel like he “belonged to any ‘scene’”.

“I’m not even trying to be a misfit here but that’s how it’s been right from the start,” the electronic music producer says. When he was taking to Hindi rock, Malik says English music was preferred and when electronic music brought people to club dancefloors, he was playing blues rock with New Delhi rock band Half Step Down. So I feel I’ve always been in a league of my own with myself as my biggest competitor. I’m here trying to invent a new category for myself,” he explains.

With Iconyk, there’s plenty more to Malik – bred in New Delhi and Toronto and currently in Mumbai while calling Los Angeles a second home base. His newest song ‘Chill Atleast’ is seductive, modern and innuendo-heavy at best, featuring Canadian producer-singer UpsideDown (also his older brother). It arrives after a slew of singles that started with a typically tropical-tinged pop track ‘Fallin’’, which also featured UpsideDown.

Malik had even more activity between Half Step Down and Iconyk – including being part of pop duo Meattle & Malik with singer-songwriter Raghav Meattle and working with producer-guitarist Arsh Sharma (FuzzCulture) at their own Studio Fuzz in New Delhi for a few years. Turns out that along the way, Malik found what he terms as his “superpowers” as a producer. He explains, “One of my secret abilities is to just take a step back and don the ears of a listener, instead of a musician. Life becomes easier that way as you tend to make decisions quicker. Also, I got diagnosed with ADD (Attention Deficit Disorder) earlier this year. So, maybe that’s the real reason why I’ve been involved with so many different genres because I’m only in the moment for a brief period of time and then I’m easily distracted by another sound, I would call this (ADD) and transcendental meditation my superpowers.”

Regularly living in Los Angeles since 2014, Malik clarifies that between Mumbai and the glitzy American seat of entertainment, there’s very different vibes. For one, he’s not a fan of the “language of Mumbai.” Malik explains, “They use the term ‘locked’ a lot. Everybody has a song ‘locked’ in either a film or with a major label and you’ll never hear about it for years. Where are these secret vaults that are trapping music? Music should be set free, in my opinion.”

While he’s fully aware that he’s vying for space amongst two of the most crowded music circuits, Malik is happy that his music has been well-received in India as well, leading to “cool upcoming indi-pop collaborations with major labels.” That’s about as far as he’ll speak without divulging more details, but there is a new Iconyk project called LA Sex Music coming up. “I wrote this one on my most recent visit to LA and the music is sounding like a lot of chill R&B vibes mixed with some dancehall, afro-pop, and trap, in short, sex-music,” he says.

There’s a merchandise line in the works as well, which – if the risqué artwork for ‘Chill Atleast’ is anything to go by – is creating a new visual aesthetic for Iconyk. “I’m definitely going to be getting a lot of hate from some uncles and aunties, but as Lord Kanye says, ‘If everybody likes you, you’re playing it too safe’. So, watch out world, I’m done playing safe,” he says.