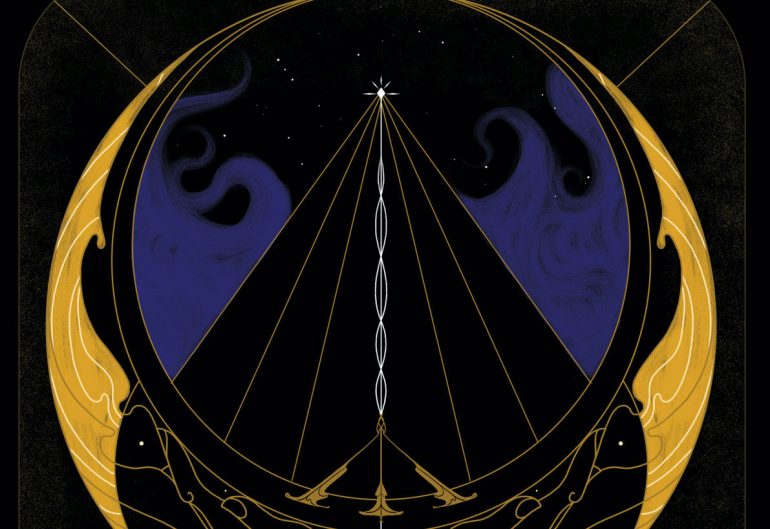 Megadrone offers a trip into an alternate world on debut album

At a time when artists across genres are spending their time in lockdown to write and release singles in what is probably a bid for sustained listenership, Bangalore artist Ganesh Krishnaswamy wrote a 53-minute mind-expanding jam Transmissions From the Jovian Antennae and released it under the moniker Megadrone in August.

One of the long-standing members of heavy metal band Kryptos and frontman of stoner/doom outfit Bevar Sea, Ganesh traverses all kinds of soundscapes and crafts an album for the discerning, patient listener who can really settle in for a singular listening experience. He describes the music and thematic concerns on his page as, “a 50+ minute plunge into the subconscious void that mimics the onset, paranoia, revelation, and calm of a truly immersive psychedelic experience.”

Transmissions is divided into two parts – ‘Transmission A’ and ‘Transmission B’ – but that’s probably the old-schooler in the artist who loves vinyl and wants to provide just a slight hint of a direction. About the genres, he says “I would categorize it as heavy music but there are aspects of psychedelia, the drone/doom side – I’m a firm believer that if there’s one riff or melody or whatever that sounds good, just repeat the fuck out of it. That’s where it came from.”

It’s only around the nine-minute mark that the drums kick in with this album, which no drone/psychedelic music fan would necessarily complain about. The drone of the guitar progresses from there on, with layers appearing and disappearing to give the impression of a sonic journey. Informed by everything from Black Sabbath to Pink Floyd to the film scores of Ennio Morricone and even Trent Reznor and Atticus Ross, Transmissions morphs slowly but surely, reflecting how one may feel after ingesting a hallucinogenic substance.

Megadrone being a completely solo project, Ganesh notes that there was often not much thought when it came to honing in on a sound for the debut album. Originally sketching out a demo that was nearly 80 minutes in length, Ganesh adds, “Having sole creative control over the output, I wanted it to be a reflection of how I look at music. You don’t have to agree or disagree with me, but it’s my kind of music and I wanted to put it out there.”

While there’s trippy artwork crafted by Bangalore illustrator Sonali Zohra aka Dangercat, Ganesh says he’s intentionally eschewed any specific themes or motifs apart from the title itself. “I don’t want to push a particular point of view, I think people should listen to it and form their own POVs from there. The intention is to allow the listener to get into it, visualize and experience what they want to go through while hearing it.”