Mumbai-based electro-pop band Laxmi Bomb is out with its first full-length album, Bol Na Ranti, which is a fascinating journey straight into the streets of Bombay. “It’s completely ghetto in that fashion, or what we would like to call ‘ranti’ – raw with a very youthful culture, filled with slang and slander,” explains Keegan Pereira, singer for the band.

Laxmi Bomb, comprises Pereira, drummer Levin Mendes, DJ Major C and keyboardist Joaquim Fernandes. Listening to the band’s 47-minute effort feels like a journey. According to the frontman, that’s not a coincidence. Keegan adds, “It’s almost a parallel reflection of the southern-bound-western-line of the city. After all the distractions, attractions and the accustomed noise across many pit stops, you do reach Churchgate”. 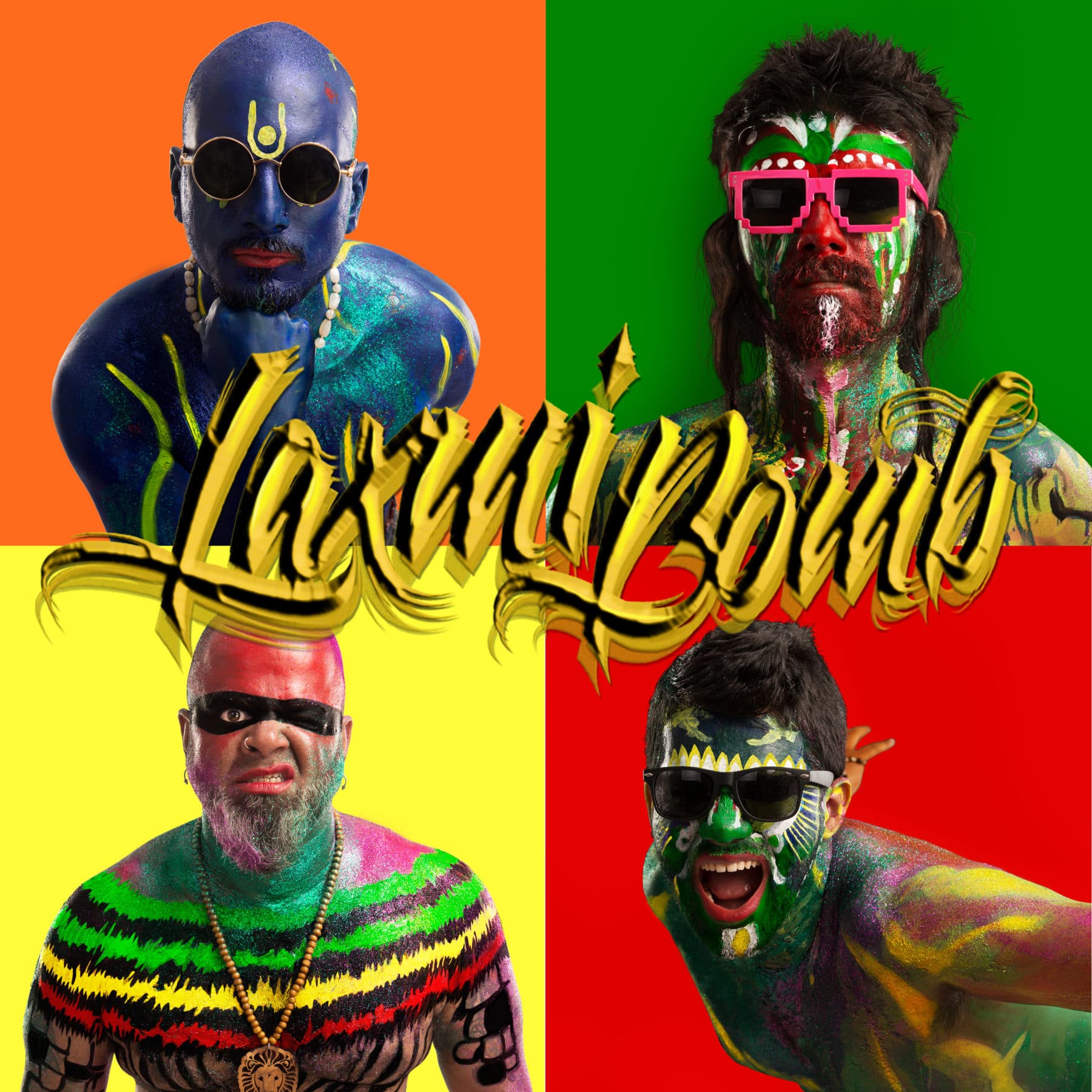 Bol Na Ranti retains the trademark Laxmi Bomb sound that made the first two EPs so popular. But there is something about the lyrics that stand out more in comparison. It is explicit, as expected (there’s a track titled Run D, that also features in the film Titli & Laxmi Bomb), but there’s more substance to it. Keegan elaborates on the significance and idiosyncrasy of the lyrics, that unify the entire album.

“Each of the tracks written on the album is on account of a social stigma that has affected us personally. We could easily break it down for you, ‘Freak on Alisha’ is the bewilderment of the common Indian man towards ‘white-skin’ women. ‘Tej Gaadi, Bomb Aye’ deals with homosexuality and the rat race on the metro lines of the city. ‘Suggagandhi’ addresses the corruption and consumption levels of the country. ‘Asshole’ being that ‘keeda’ within each of us that is totally insatiable. ‘Donnie Bosco’ deals with the typical Catholic invasion of education”.

Perhaps not many would have known earlier that the Mumbai band gave music for Pari, not the upcoming Anushka Sharma film, but a Pakistani horror movie that was released just earlier this month. The band has included ‘Pari’ that features as the last track on Bol Na Ranti.

Talking about the experience of having his band’s music feature across the border, he says, “The real experience was in the writing/ composing and re-recording of ‘Pari’. It felt akin to teaching your baby a new word in another language or your pet cat a new trick. It was unexpected and surprising to hear the new version of ‘Pari’, to understand its context and then see it against the backdrop of a ‘Pakistani film’. It was like a three-part program, unravelling itself at every level of production and creativity. Written & sung by Sonia Hyam, produced by Laxmi Bomb and exported to Pakistan. We approached the producers in Pakistan and they wholeheartedly approved of not just the song, but also the idea of having a cross-collaborative effort conducted across the border (albeit virtually). But then, seeing a LIVE video of the press conference in Pakistan and knowing that the song plays every time it runs in theatres across the country, gives us a good feeling”.