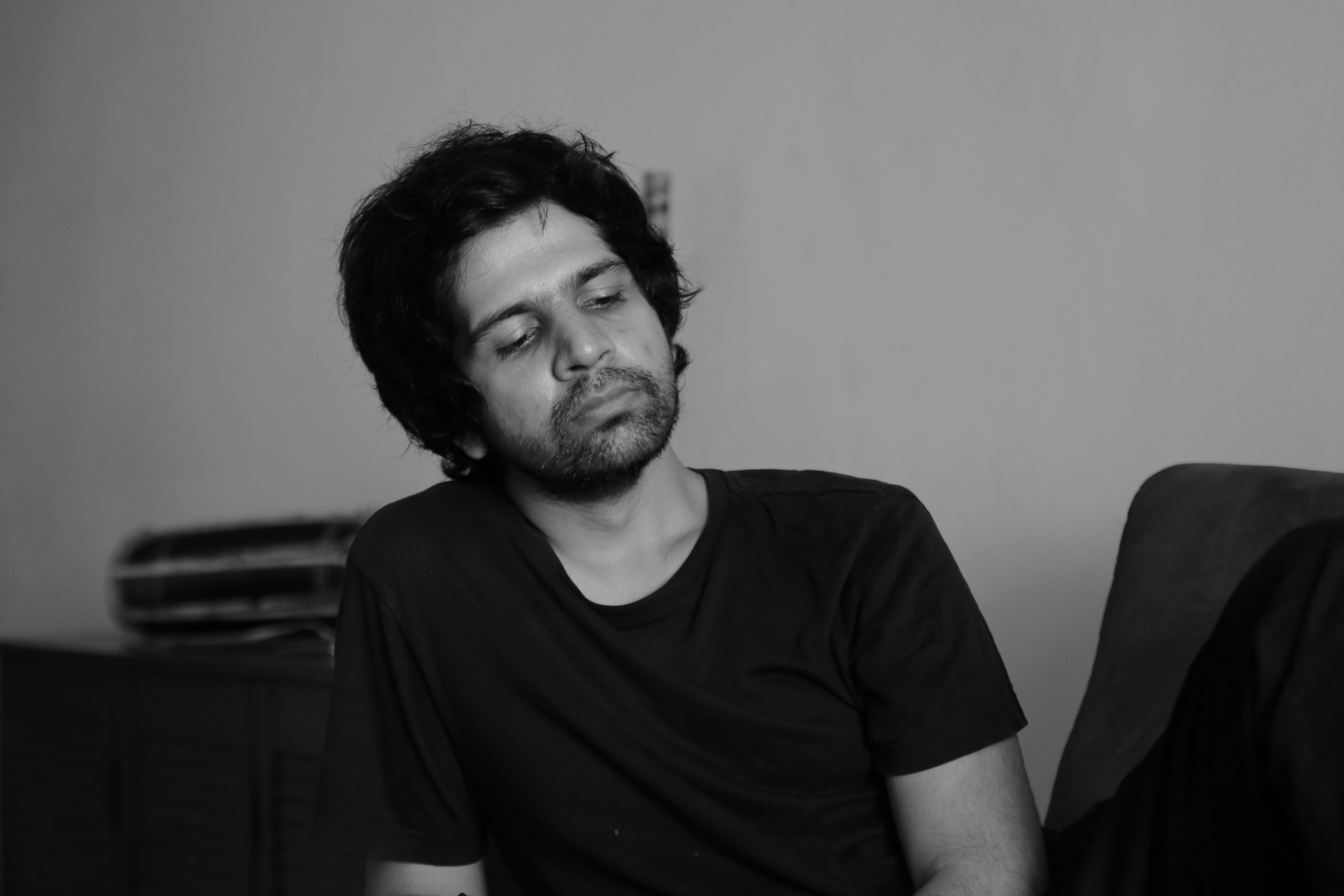 After several years of steady gigging as a bassist, it was under lockdown that Mumbai-based producer and songwriter Nishant Nagar found time to hone his songwriting skills and the zeal to collaborate.

Nishant performed as the bassist for Raghav Meattle, and even made a cameo in one of his music videos. Over the past year, he has been quietly making strides in the independent music scene, releasing several singles featuring high-profile collaborations under the moniker Khwaab.

When the pandemic brought a sudden halt to live performances last year, it came as a blow to Nagar, who, just a few years prior, uprooted himself from Delhi to enter Mumbai’s live music circuit. “Playing live gigs has been a huge part of my life, and having always been heavily dependent on them, the pandemic really hit hard,” Nishant tells A Humming Heart. “Just the thought of not playing any gigs for an entire month felt really strange.”

During the lockdown, Nishant shifted his attention towards creating and releasing his own material. “I had always been producing music but never put anything out. The lockdown gave me time to think about the direction that I really wanted to go in and start working towards it,” he says.

Nagar’s tryst with music has always involved a degree of serendipity. Over email, he recalls how a vacant position in a school band led him to pick up the bass guitar. Raised in a musical household in Delhi, hearing the radio around the house was a formative part of the musician’s childhood. His musical curiosity was sparked when, after enrolling in keyboard lessons, he tried out some of the techniques he had learnt on his sister’s abandoned guitar. “It opened up a whole new world for me. I would just play all day, academics went for a toss, and school band became the priority which got me into performing,” he recounts.

Throughout college, Nishant wrote songs and played bass as part of Red Shorts, a band he formed with some of his best friends. At the age of 22, he took the leap to pursue music full-time by moving to Mumbai. “To be very honest, it was a little scary because I was stepping out of my home for the first time but at the same time I was extremely excited because I always wanted to take that step,” he says.

To record his new material, he enlisted the help of some of India’s most prominent singer-songwriters, working with them remotely. For his first single ‘Chaar Raste,’ Khwaab initially tracked the song’s vocals himself before reaching out to singer-songwriter Siddharth Basrur. “I recorded the vocals in my voice but coming closer to the release it just didn’t feel right. Even when I had the most basic idea in place for the track, I would always think of it being in Siddharth’s voice. Similarly, for ‘Yahin Kahin,’ when I started composing I just knew that it had to be in Nikhil D’Souza’s voice,” he says.

“At first, I was sort of scared to reach out to them, but once I did, it was an extremely smooth process working with them,” he adds. When it came to the song ‘Parchayi,’ he turned Raghav Meattle. “It was a song that was very close to me and I wanted Raghav to sing it. He’s someone I always reach out to whenever I have any doubts about my work, so having him on the song made it even more special,” he recalls.

Counting A.R. Rahman and Vishal Bhardwaj amongst his biggest influences (and ‘Chupke Se’ from Saathiya as his all-time favourite tune), it is not hard to see how the former’s experimental style and the latter’s natural flair for classical and folk-flavoured melodies have shaped Khwaab’s ability to meld the traditional with the modern. “I feel that I’m working really hard to create a new kind of sound for Hindi music by using a lot of ambient electronic elements,” he says. “There’s a dreamy texture in all the things that I compose and produce and ‘Khwaab’ totally goes with that sound.”

Music has also served as an emotional first aid to Nishant. “I lost my mother when I was 22, I was new in Bombay, and it was a lot to deal with at that time. Thinking about that phase still makes me a little anxious, honestly. In going through all of that, I just realised that however tough the times may be, if you just sit tight and look for the answers within yourself, you can make it through. A lot of personal experiences have inspired me to write songs,” he says.

While admitting that other aspects of being a musician in the age of social media such as the kind of constant engagement required to keep people’s attention has been challenging, Khwaab has carved out a space online to connect with listeners. This includes a series on social media called the ‘Home Brewed Sessions’ in which he experiments with musical ideas, teases new material and provides a peek into his production techniques. Speaking about social media, he confesses, “It doesn’t come very naturally to me, but I’ve been working on it. It has helped me connect with many new musicians and collaborate with them.”

Khwaab’s latest release sprang from scrolling on Instagram where he discovered singer Divyam Sodhi. “I saw his feed, and it was flooded with Ghazal covers and folk Punjabi covers. We got in touch and worked on reimagining a Ghazal that he introduced me to,” he explains. His new single, ‘Bohot Bechain’, is the most overtly classical of Khwaab’s releases. A rendition of a composition by the late Ustad Ghulam Mustafa Khan, the track features sitar player Soumitra Thakur, tabla player Mahavir Chandrawat and Divyam’s mesmerising vocals atop a bed of synths and other electronic elements. 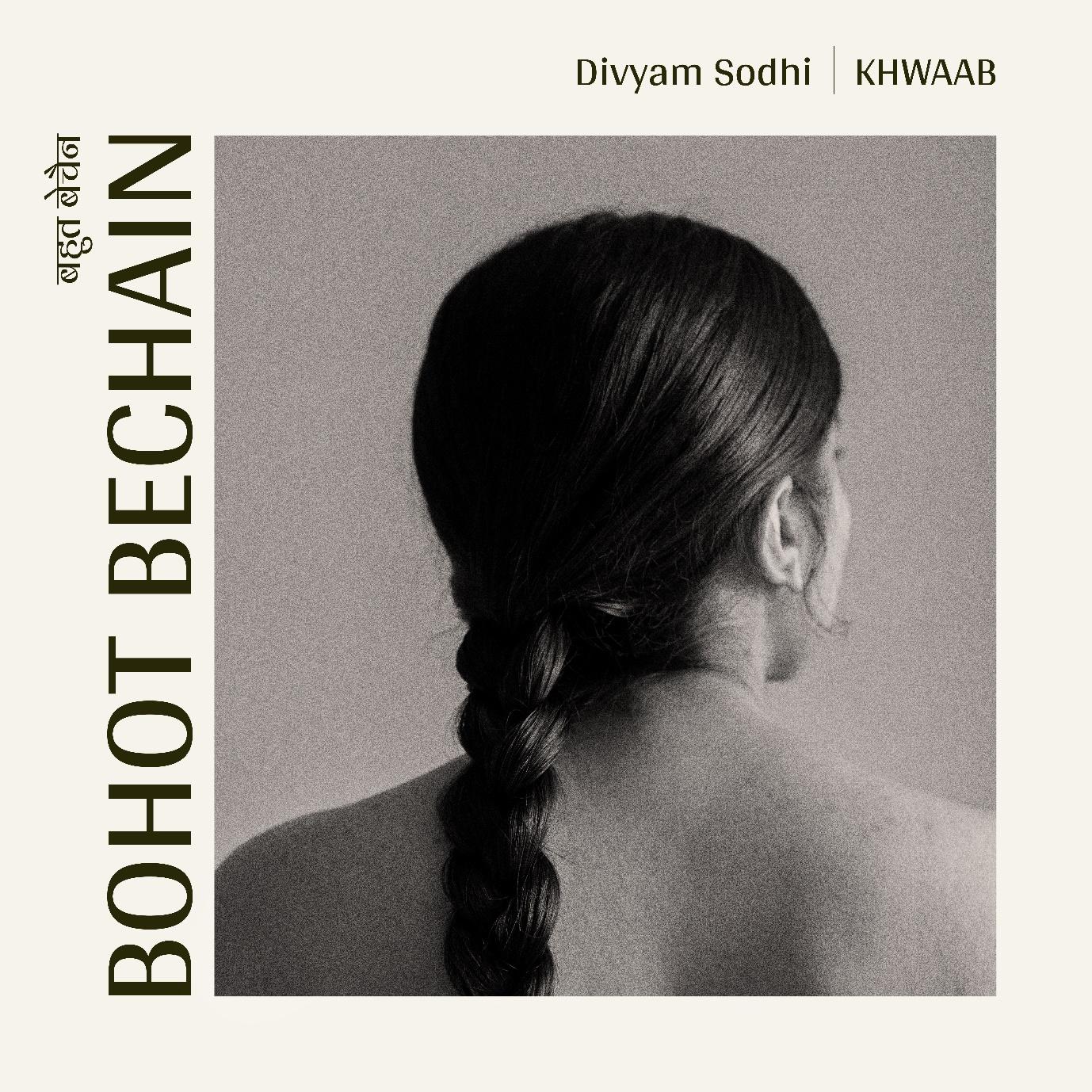 Khwaab’s fledgling career as a producer and songwriter has also seen him composing for adverts, documentaries and podcasts. Traversing diverse genres and mediums and embracing new forms of music-making, Khwaab exhibits the same curiosity in his approach to the craft as the young boy who spent his days chasing melodies on his sister’s guitar. “From playing gigs to writing your own music, I feel there’s a massive difference. Being involved in this process has changed me and brought me a lot closer to the form of art that music is,” he says.

‘Bohot Bechain’ releases on 14 May 2021 on all streaming platforms.