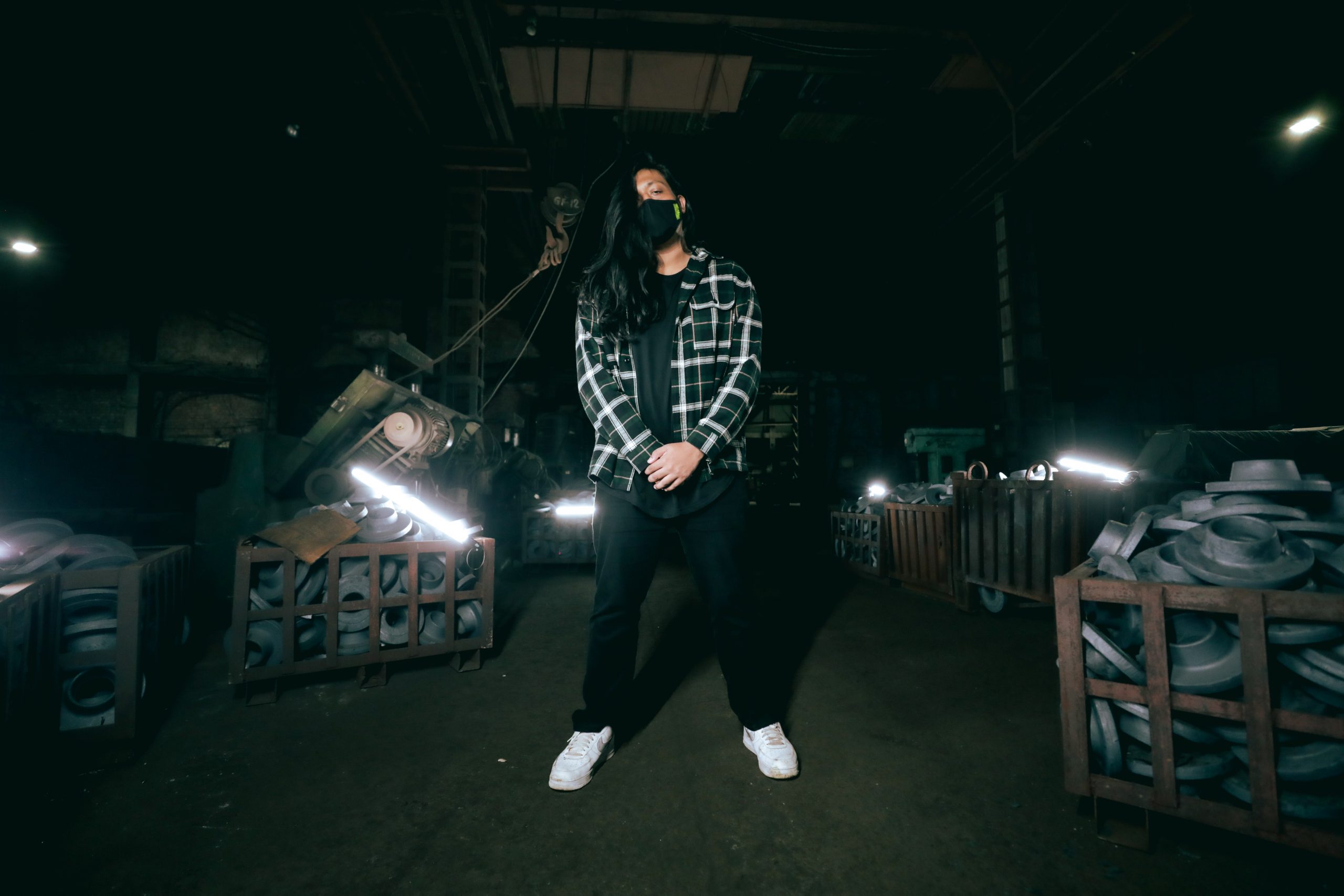 On the heels of his latest project, the first ever India edition of Redbull 64 Bars, Mumbai-based music producer Karan Kanchan shows no signs of slowing down. His expansive discography boasts an impressive range of tracks. From hard-core hip hop to R&B, experimental, alt-pop and mellow indie; there’s a spot for everything under the sun, it would seem.

Karan is leading the charge when it comes to redefining a producer’s role in the Indian independent music scene, making way for the multi-faceted studio person.

A Humming Heart interviewed the music producer on just how he’s doing it all.

One look at your discography, and the diversity of sound is what stands out the most. As a producer, is that something you’ve been doing intentionally or did it just sort of happen along the way?

There is so much to learn from each genre of music and then come the possibilities to mix and match them in your own way. It keeps me excited, and it’s challenging and fun. At the end of the day, I want to become a better producer and songwriter who can create great and well-produced songs melodically and sonically as well.

How did your involvement with the Red Bull 64 Bars project come about?

This isn’t the first time I’m working with Red Bull. The first time was the Red Bull BC One anthem ‘Legends’ with DIVINE. Red Bull has supported us in many ways since then. After ‘Legends’, we released a single featuring Ramya Pothuri with Spryk which went through the Red Bull release program during the lockdown. For 64 Bars, Gully Gang was involved. We went through the idea, and I was instantly excited to get to work on the first edition of something like this in India. I’d already worked with most of the artists previously, and working with some others was long overdue.

Was there one principle you decided to go in with and not compromise on through the entire project? You collaborated with so many artists and helped tell so diverse stories…

My approach was pretty straightforward. I didn’t want to make a lot of beats and just send them over to the rappers. Rather, I wanted to speak with each of them and get a sense of what they’re looking for, the mood they’re in and what they would like to spit about because the bars are the throne of the series and I wanted to make beats that build around them and not the other way around.

Many of the artists gave me full freedom to do what I wanted to which also helps me experiment. I took inspiration from what they’re listening to and what inspires them and created demos based off of that. Some of the artists came to the table with an exact vision for their beats and were great about articulating it to me, which also made it easy for me to crack the beat for them very easily.

The music producer’s role in storytelling through music is an interesting one. When you sit down to produce a track and collaborate with an artist, how would you describe your contribution to storytelling?

A lot of times when you collaborate with singers and rappers, they get a lot of ideas listening to the vibe and zone of the beat. Getting the artists to open up and giving them space to be able to talk about what they want is a major part of the production process. I’ve had the opportunity to work with some of the best artists. With all of them I try to give space to them in the music as well—I don’t crowd the beat or overproduce it, I’d rather keep it simple. This way, the collaborations work better as I am able to create build-ups and drops according to them. The base work of the producer is to build the canvas a painter can paint on.

Which track would you say was the most fun or the most different compared to your other work?

While all of the projects were a lot of fun because they were so different from each other, one of the more exciting ones was ‘T.G.I.F.’ with RANJ because that zone and the references she had in mind were very different from what I usually produce. She’s a really talented singer and does a lot of jazzy, melodic stuff. She’s great with vocals when it comes to making melodies, so I wanted to make something that supports her strengths. I also had fun making ‘AWW!’ with Altaf because it has that “banger” kind of vibe. I loved playing around with the flute sample we used in the track.

How has the role or perception of the producer evolved in the Indian ecosystem since you started off in the industry?

In the Indian music industry, the work of a music producer was always confusing. In Bollywood, we’ve always had the music composers be the main guys. But they wouldn’t always be the ones producing the music in terms of programming it on a software, arranging it or coming up with the whole sound design of the song. In the hip-hop space, the composer, producer, arranger often, are, the same person. In Bollywood, the music composer who puts everything together gets the main credit and the arrangers and programmers might not get the right credits as producers. Hip-hop has changed this.

With beat tags, primary or featured artist credits on streaming platforms, producers are getting their own identity while making these songs. In fact, in Indian hip-hop some things are actually better for producers than outside the country. Internationally, not a lot of producers get artist credits in the YouTube description or streaming platforms, but in India they have been getting these credits. So, the image of the producer as someone being an important part of the song has been evolving in India for the better.

Music-making has always been about the beauty of collaboration and the power of storytelling. It’s safe to say that, in Karan Kanchan, the independent music scene has found a friend; someone who’s dedicated to that power.