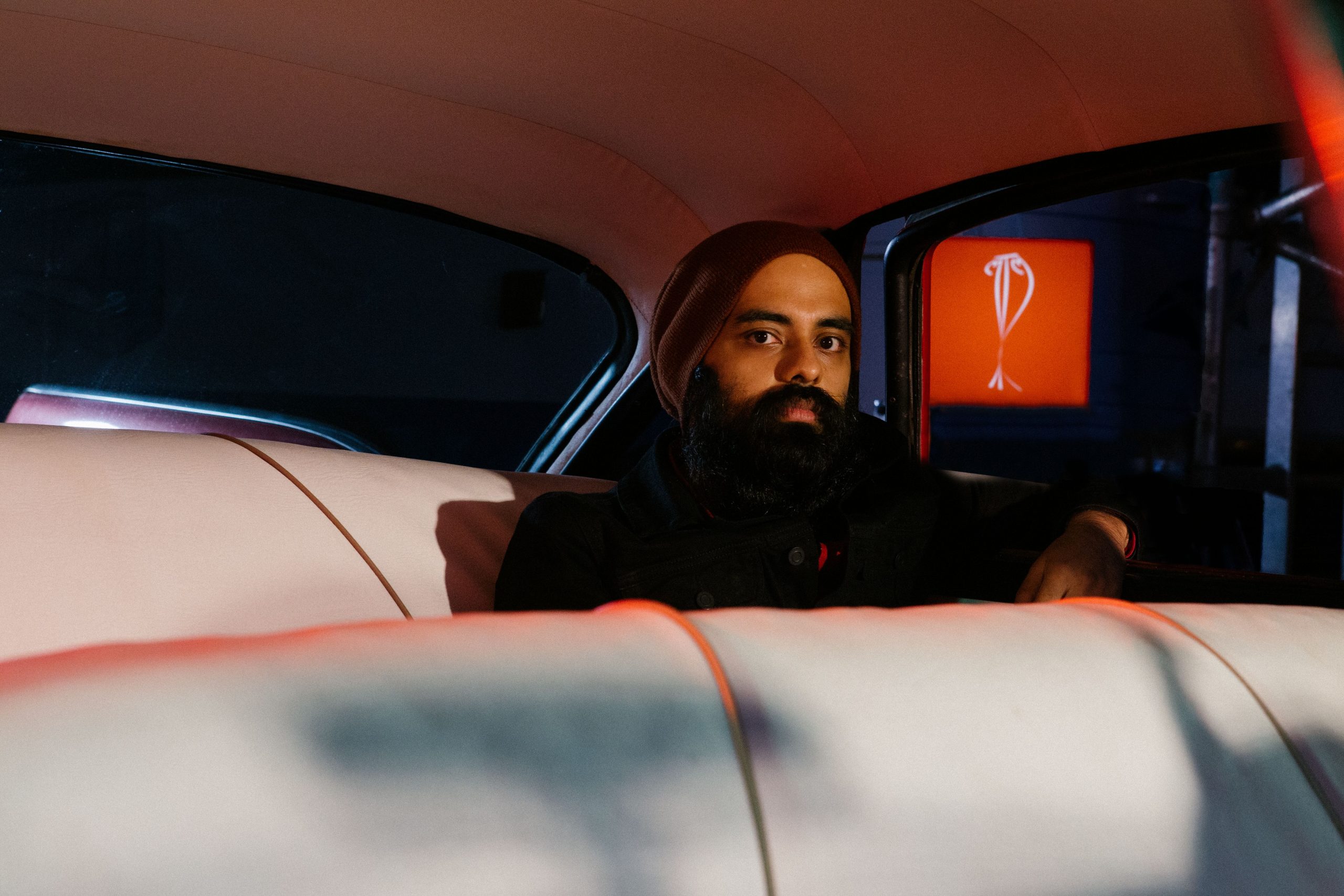 Tamil-Nadu born Indian-Scottish protest musician Kapil Seshasayee is not an artist you’d forget. Calling out casteism, atrocities against minorities, and other forms of discrimination through his music, Kapil’s music stands out for his multi-genre capabilities and stunning lyricism. Stylistically, Kapil’s music is a mix of Indian classical, rock and electronic music.

The 33-year-old has released two EPs, and one album until now, all revolving around the theme of caste system in India. His upcoming second album, Laal, will be out on November 18—another highly political album. Laal is a concept album about South Asian culture and identity—its own nuanced take on Afrofuturism.

The album tackles growing concerns of ultra-nationalism, censorship of minority voices, casteism, and about Bollywood. A song on the album, ‘Rupture of the Wheel’ talks about the real story of a man in 2016, who was assaulted in an Indian movie theater for not standing up for the national anthem that is played before Bollywood films. “But the twist in the story is the man was a wheelchair user and couldn’t stand up for anything. So, it kind of asks, what does it mean to love your country? And if you love your country, is that enough for you to belong as someone who is proud of it?” he questions.

Bollywood is this massive pop culture platform, and the government has an influence over it. And if they want to get a certain message across, they can do that effortlessly.

‘Hill Station Epithet’ talks about hill stations being a sing-along romantic destination for Bollywood films, however, whilst not acknowledging the hill station’s history of colonialism. “Bollywood is this massive pop culture platform, and the government has an influence over it. And if they want to get a certain message across, they can do that effortlessly,” he adds.

His song ‘Pink Mirror’ is named after a banned film in India, made by queer Indian filmmaker, Sridhar Rangayan. Kapil’s take is that the censorship board considered the film to be vulgar for portraying gender non-confirming characters.

Influenced by Scott Walker’s concept albums around racism and famine, Kapil realised that he can be a musician as well as a cultural commentator. “Listening to his album, The Drift, made me realise that I don’t have to write love songs. That’s what motivated me to write songs about things like casteism, which I’ve seen my whole life but haven’t been able to do anything about,” he says. Some of his other musical influences are Solange, Frank Ocean, D’Angelo, and a lot of classic jazz and rock music from the 70s like Steely Dan and Michael McDonald.

Having moved to Scotland in the 90s with his family in his early childhood, Kapil connects to his roots in Ramnad, and his Indian ethnicity with his music. Growing up, he came from a musical family, with his cousins playing Carnatic music to him. He had a music room with a veena in it, an instrument he soon developed an obsession for. “I would walk around and I would want to touch it and hold it, but I was too small, and I would be scolded for almost breaking it,” he says. But since a young age, Kapil had clarity that he always wanted to be a musician, a vision he has gratifyingly achieved as he got older.

He watched his cousins do kaccheris in temples, and his exposure to Carnatic music wormed his way into his guitar playing and compositions—a lot of which is evident in the new album. “I was really drawn to the idea of using music entrenched and gate kept by caste to talk about anti-caste. It made a lot of people very angry. And I think the problem with trying to establish an audience using the most controversial topic in a culture, like caste, for example, is that the people who are aware of what you’re singing about will ignore it or be furious at you. But everybody else, who doesn’t know what it is, will just ignore it anyway because they can’t immediately relate to it. For me, it adds a lot of challenge to establishing myself as a musician, finding an audience; but for me, the message is vital.

Kapil soon learnt that the subculture of music he presents will only earn a fanbase if he travels with his music. The only bigotry he’s faced whilst being on tour is that of being met with surprise that Scotland has Indians. However, writing about racism didn’t sit well with Kapil. There are a lot more pressing matters happening in India that deserve a spotlight, he says. It’s not in his DNA to write about subjects that don’t mean anything to him.

“In the UK, objectively speaking, Tamil culture is a lot rarer. For whatever gender or caste privilege that I had, the chances of me making it as an artist while being non-Punjabi are slim because I did not grow up with Bhangra, or the aspects of being Indian at all.” He found alternate ways to connect with people. He says, “I always joke, to make it as an Indian artist in the UK, you have to be from the north of India and the south of the UK. I’m from the south of India and the north of the UK, so good luck to me!”