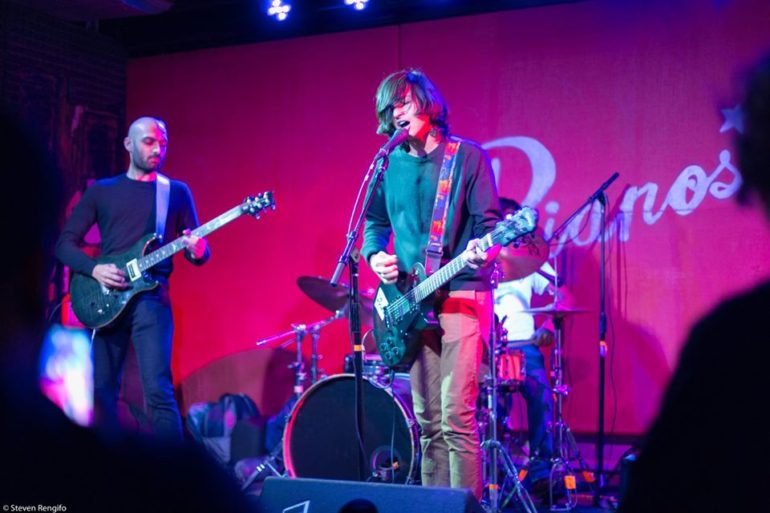 Ishan Kumar’s musical journey has been about navigating cultural shifts. Frontman for the Purple Cassette, he cut his teeth leading them through the New York scene as a rookie indie act, before finding a more introspective sonic identity back home in New Delhi. Confined to his home amidst the ongoing COVID-19 crisis, Ishan connected over a call, and discussed his band, their upcoming debut single ‘Home Song’ and how he is creating music from his room.

New York has been the cradle for several genres, icons and boasts an enviable musical legacy. Ishan recounts the early days for Purple Cassette, then as a bunch of college-attending young artists, hustling through the New York gig circuit. “Playing in New York was very intimidating,” he accepts.

With an abundance of talent across the five boroughs, the city’s teeming with musicians and people who love their music. “Even on weekday nights, there would be a line-up of 7-12 artists in every club”, Ishan recalls. “And I remember once we played at a venue at 1 AM on a Monday night with minus 16 degrees outside! And yet people had turned up for the show.”

A shift to New Delhi in 2019 also brought about a change in their love for the Strokes and punk music. Moving away from a conventional quartet, Ishan was looking for a stripped-down unit and that’s when an old connection returned. “Siddharth (Rajan) used to play bass for the Alibi, my older band from college days in Delhi. After coming back to India, I reached out to him and soon, we started hitting the studio.” Purple Cassette now functions as a tight-knit duo, or as Ishan puts it “It’s just the two of us and a session drummer, added for studio recordings.”

The world as we knew is surely changing as COVID-19 continues to surge. Life and livelihood being dampened by the pandemic, a dejected Ishan accepts that “I don’t think live shows can properly happen this year and that’s quite upsetting.” But Purple Cassette’s debut seems to be bringing a glimmer of hope amidst the gloom. Set for a June 27 release, ‘Home Song’ is meant to be a lo-fi soothing balm for listeners.

Much like the country’s other indie performers, when plans of recording an EP and touring to promote it came crashing down due to the pandemic, Purple Cassette adopted a different strategy. Ishan explains “Technology has improved so much over the years that today you can record a song professionally from your home.” Citing the famous American teen Grammy winner, he further says “What Billie Eilish and Finneas created is a great example of ‘In My Room’ music. And it sounds brilliant!”

So, is there more new music coming up from his room? “Definitely. I have so many ideas which I can put into music and now I know that I can do it.” He informs that Purple Cassette has an upcoming EP titled Thinking Ahead of Time that’s ‘almost ready’ and they plan to get their debut album out before 2020 ends.

When asked about artists that he looks up to, Ishan mentions two names separated by generations and geography but united over their love for experimentations. “Lou Reed has always appealed to me vocally. His stripped-down sound and extremely evocative lyrics are an inspiration.” Other than the New York alternative culture hero, back home in India, he admits that “Peter Cat Recording Company has been doing some phenomenal work. Some of the finest India has seen in years.”

A bridge between their New York and New Delhi inspirations have been clearly visible in the group’s journey so far. Now, we must wait and watch for what lies in store for Purple Cassette, as they press play.